The latest Apple Mac Pro may look like a cheese grater, but it is one hell of a machine. Buying one also has a hefty price tag. The Mac Pro will cost you at least $6,000, and you could spend over $52,000 on the highest spec version.

With such a big outlay, you'd want it to be reliable. No one wants to splash out a such a wad of cash to only have to pay again to get to it fixed. But according to iFixit – a site that that teaches people how to fix almost anything – the latest Mac Pro is "Fixmas miracle,". It's "a masterclass in repairability”. Though iFixit sadly didn't test out how to fix those $400 Mac Pro wheels you can buy as an extra. 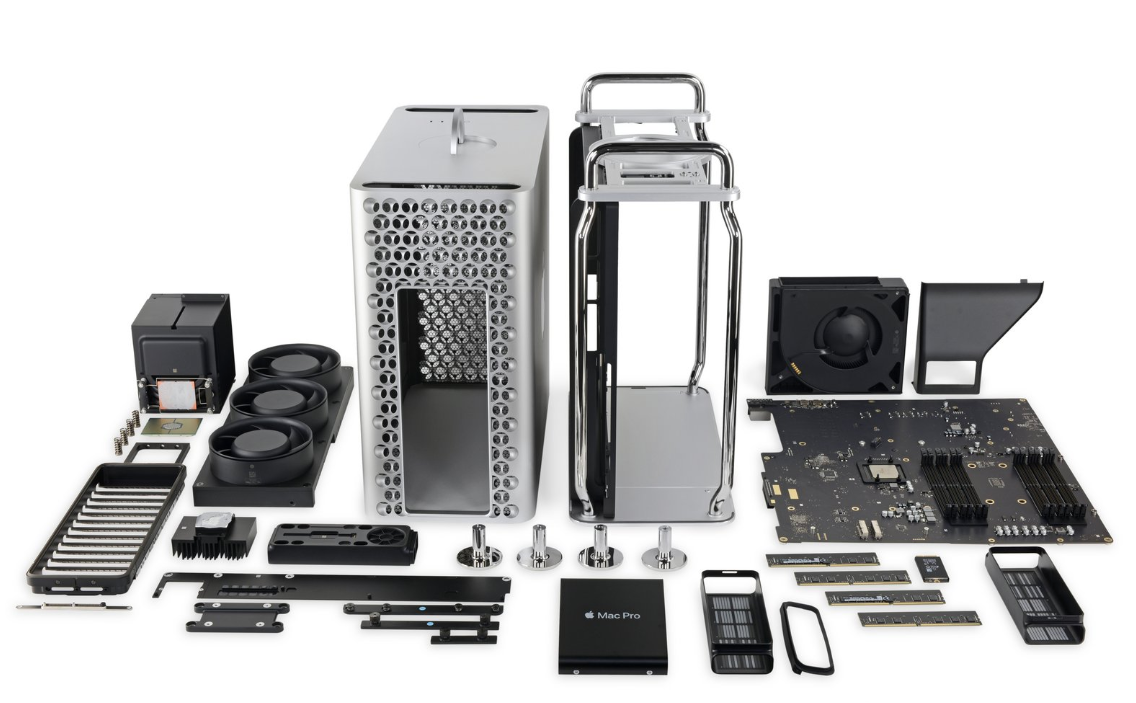 Looks easy to fix. Doesn’t it?

So what makes it easy to repair? Well you can fix it using "only standard tools" and more interestingly, with "no tools at all", meaning that some parts are repairable with just your fingers.

Another plus point is the adoption of "industry-standard sockets and interfaces" for its major components. This means that they're easy to get hold of (see Apple’s list of approved repairs) and replace.

But, be warned, there are a few drawbacks as noted by iFixit. The SSDs (Solid State Hard Drives) used by Apple are custom-made, and replacing these does require an Apple technician.

We love that the Mac Pro is offering peace of mind (well sort of) and making its desktops easier to fix. But, when you are paying a premium for a top of the range model, you really shouldn't be worrying about having to fix it. You should simply be enjoying what it brings to your everyday existence. And if you'd spent $6,000 or more on a machine, would you be brave enough to fix it yourself?