When I purchased my iPhone 6S Plus I decided to purchase tempered glass protector and case. There was many choices that I had. I ended up going with:

Grand total for the order was CA$13.98. Pretty cheap investment, but how would it hold up 1 year later?

The results were pretty darn good for such a cheap investment. Tempered glass took most of the beating and did have issues, whereas the case did its job without any noticeable damage on the phone or the case itself.

Here’s the image of the tempered glass: 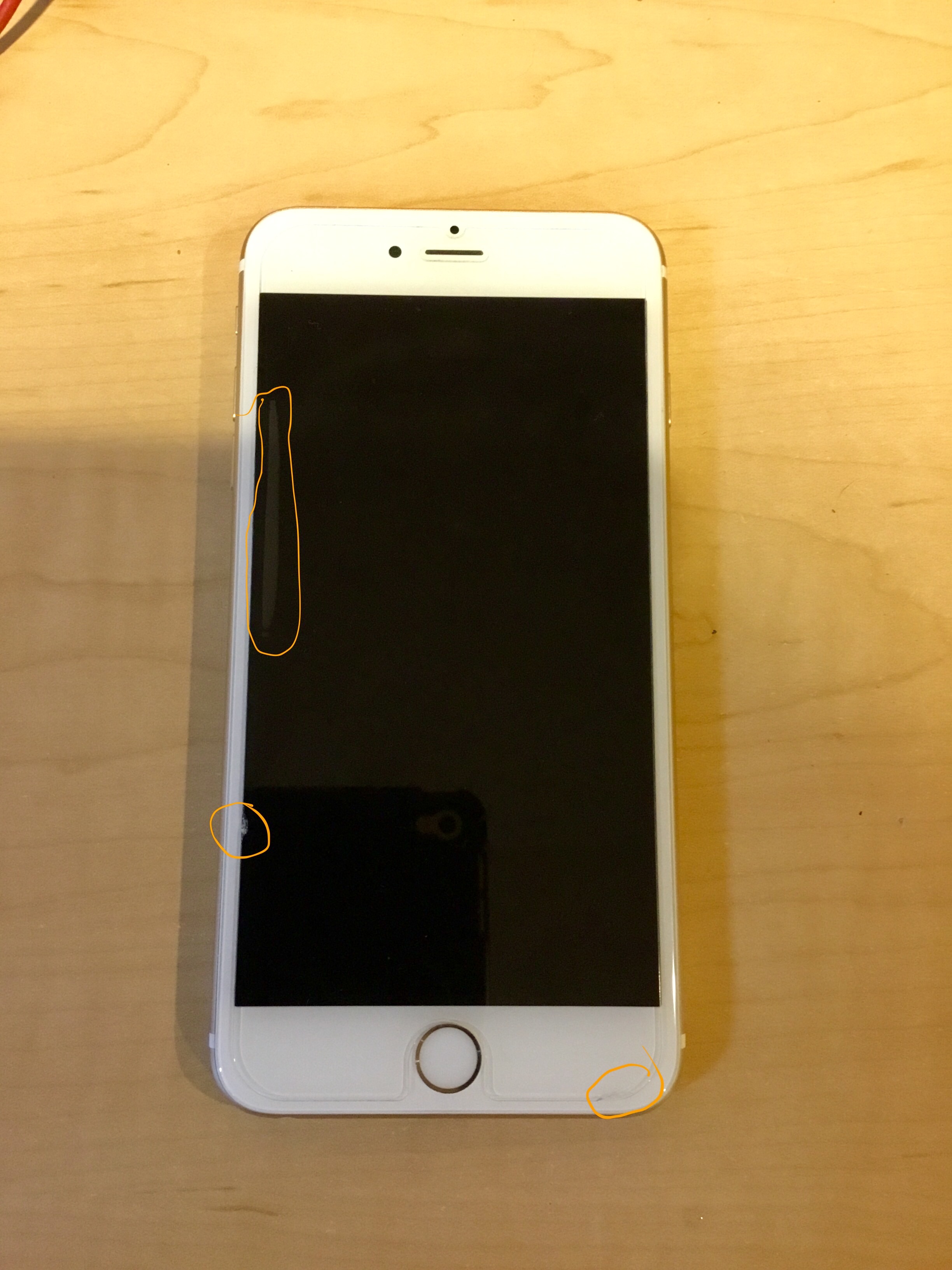 Let me explain the yellow circles. The circle on the left hand side at the top is an air bubble. I have no idea how it got there. It occurred about 6 months after use. There is also another small air bubble which I didn’t circle. It is located in the same area as the large air bubble (top left).

The circle just below large air bubble, was a drop via pavement. There was no damage on the body or the screen, but the tempered glass did damage fairly well. You can say that it did its job.

Last but not least is the bottom right corner circle. That occurred about 6 months after use as well. There was no drop invovled it just simply started to chip away.