Blog
You are here: Home / Blog / Random Stories / Photoshop CC is coming to the iPad

If you've ever felt there was something missing from your Photoshop workflow, and that something was the ability to use the full software on the go, without switching between different apps, you're in luck.

At its annual conference, Adobe MAX 2018, Adobe has announced it's expanding Photoshop CC, across all devices, starting with the iPad. This will enable users to open and edit PSD files on an iPad, using the same tools they are used to on desktop.

Sign up to Adobe Creative Cloud
Will it be the 'real Photoshop'? 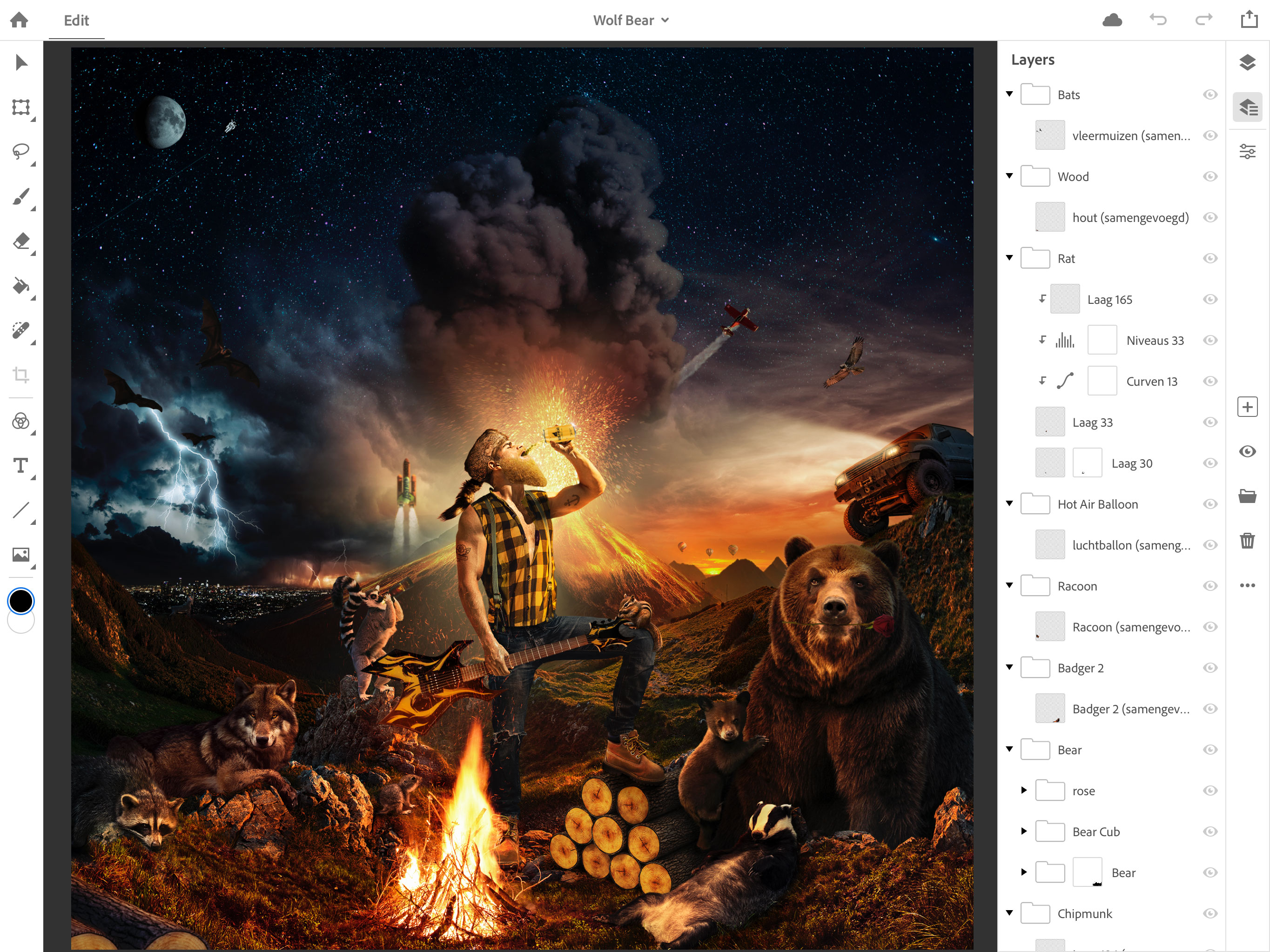 You’ll be able to work with Layers, just like you can on the desktop version

Photoshop for iPad came about when two Photoshop engineers decided to try to run Photoshop on iPad using Photoshop code. That got the design team thinking about how this product might look, and a few months later, they were ready for launch.

Because Photoshop for iPad uses the same code as the desktop version, there won't be any compromises in terms of performance or results. The core tools will all be there, and you'll be able to add filters, work with layers and make selections and adjustments, and much more. This will be a marked improvement in the current offering for iPad users, as they will no longer have to switch between different apps such as Photoshop Mix and Photoshop Fix to perform different functions.

This new Photoshop won't be exactly the same as the desktop version, however, as it will have a "reimagined user experience" that is optimised for touch devices, making the most of the iPad's Pencil, touch gestures and mobility.

Not only will you be able to work on PSD files on the iPad, but your files will also sync across devices, via the new Cloud documents. This will mean you can begin working on your desktop, make some changes on your iPad, and then go back to desktop, without having to faff around with importing or exporting files.

Photoshop for iPad will be available on its own, or as a partner to Photoshop on the desktop.

Initially, a smaller set of features will be released in version 1.0, with more added over time. At the moment, we don't know when Photoshop for iPad will be shipping, or how much it will cost, but keep checking back here for more news.