Today marks the start of Adobe Max 2018 – and it's already going off with a bang. As you'd expect, part of the company's annual creative conference includes details of updates it's made to its Creative Cloud service. And, we have to say, Adobe has pulled some seriously exciting – not to mention, impressive – new tools and apps out of the bag.

The best laptop for graphic design in 2018

Adobe favourites Photoshop, Illustrator, XD and Lightroom have all had 'under the hood' work, with new features to help streamline creative workflows. But the big news has to be three new apps Adobe will soon be welcoming to the Creative Cloud family; Project Rush, an all-new video editing app, Project Rocket, aka Photoshop on iPad, and Project Gemini, a powerful new digital art app.

“Today, we unveiled a portfolio of next-generation creative apps that deliver meaningful value to our community by transforming creative workflows across devices and platforms,” said Scott Belsky, chief product officer and executive vice president, Creative Cloud at Adobe. “By continuing to innovate in our flagship apps, extending into exploding segments like experience design and social video content creation, and pioneering in emerging mediums like touch, voice, 3D and augmented reality, Adobe Creative Cloud has truly become the creativity platform for all.”

Excited? So are we. Let's take a closer look at exactly what Adobe has been up to… 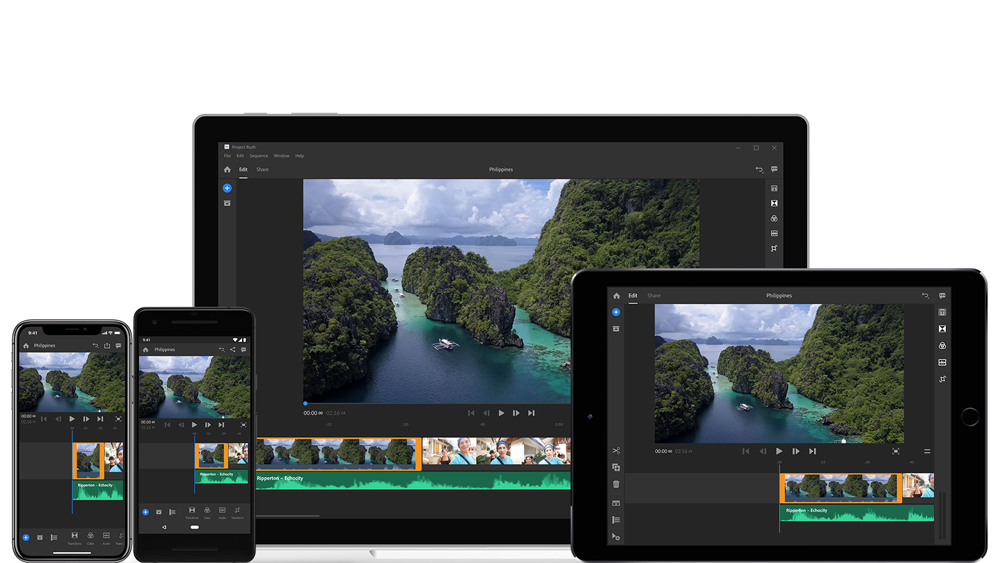 Project Rush was no real secret, as Adobe’s all-new video editing app has been in the pipeline for a while. But now it's well and truly ready to roll. From the demos we've seen so far, this app is highly intuitive, by which we mean you don't need to be a video, colour or audio expert to create a really professional-looking video with it.

Rush harnesses the power of its older siblings, Premiere Pro and After Effects, and gives users access to professionally designed motion graphics templates in Adobe Stock to get started quickly. Powered by Sensei, Adobe's new AI technology, Rush has a one-click auto-duck feature to adjust music and normalise sound. It also allows access anywhere, enabling users to create compelling video projects – optimised for social distribution – on one device and publish from another, with a consistent user experience across desktop and mobile.

The downside to Rush is that you're out of luck if you're an Android user, with the all-new Premiere Rush CC only available on Windows, macOS and iOS. Adobe states Google Play store availability is coming in 2019, but when exactly that might be is anyone's guess. Is this the one we've all been waiting for? Adobe MAX 2018 sees the unveiling of Project Rocket, also known as Photoshop CC on the iPad. We've yet to see it fully in action, but Adobe claims the tablet version delivers all the power and precision of its desktop counterpart. Photoshop CC on iPad will let users open and edit native PSD files using Photoshop’s industry-standard image-editing tools and will feature the familiar Photoshop layers panel.

Exciting stuff, which we can't wait to see. Although, we'll all have to wait a while, with Adobe so far saying nothing more than it will be available in 2019. 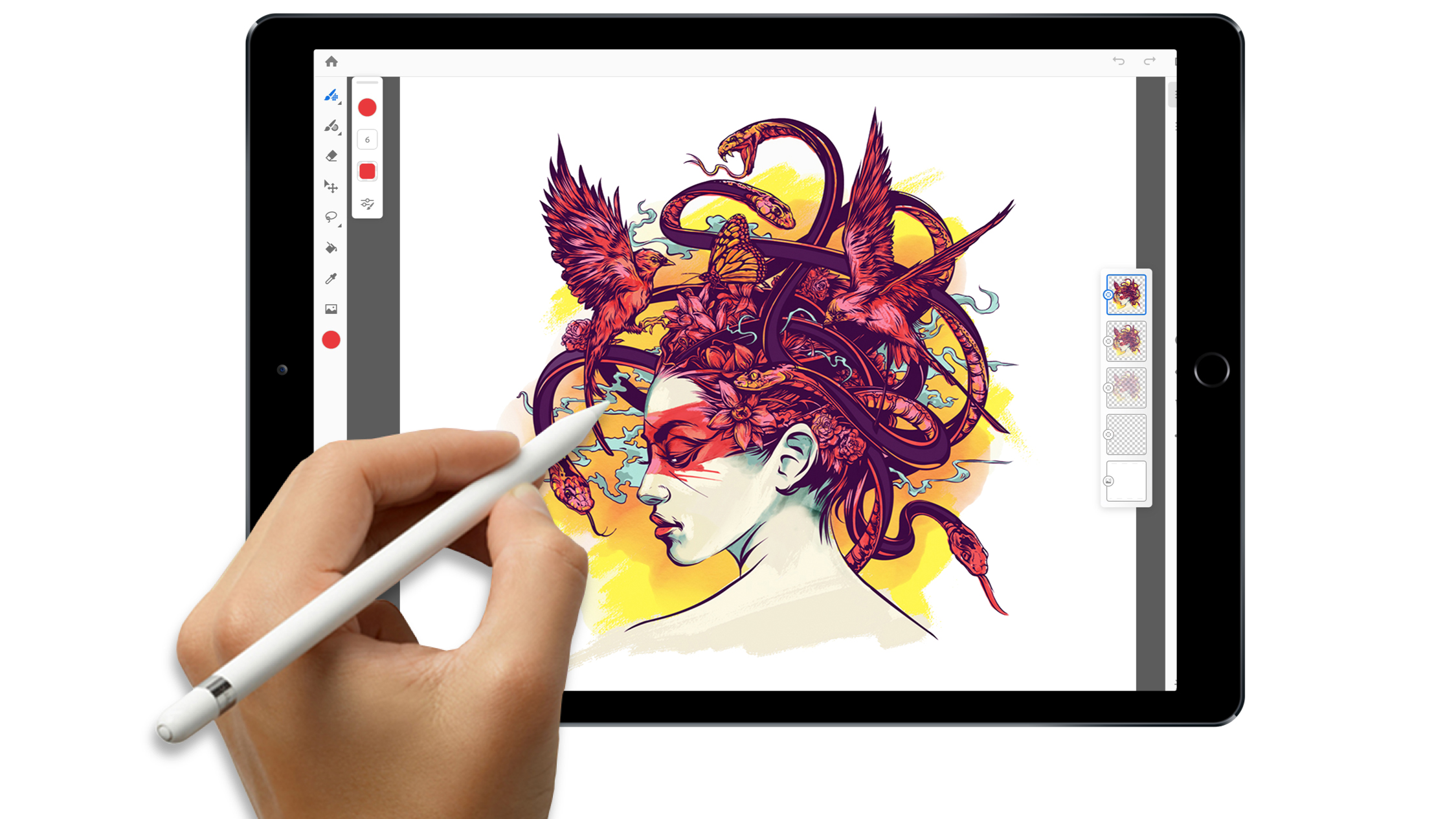 A new app designed to accelerate drawing and painting workflows across devices, Project Gemini is coming first to iPad in 2019, and combines raster, vector and new dynamic brushes into a single app experience built for drawing. Project Gemini enables artists to use and sync their favourite Photoshop brushes and works seamlessly with Photoshop CC.

An expanded Content-Aware Fill workspace in Photoshop CC that offers greater precision and control to save editors valuable time when working with their images.A new Content-Aware Fit feature in InDesign CC that intelligently detects an image and crops or fits it to an image frame automatically.New Freeform Gradients in Illustrator CC that enable the creation of natural gradients.A new tool in Character Animator CC, Characterizer, which transforms any style of portrait into a vivid, animated character.
Project Aero 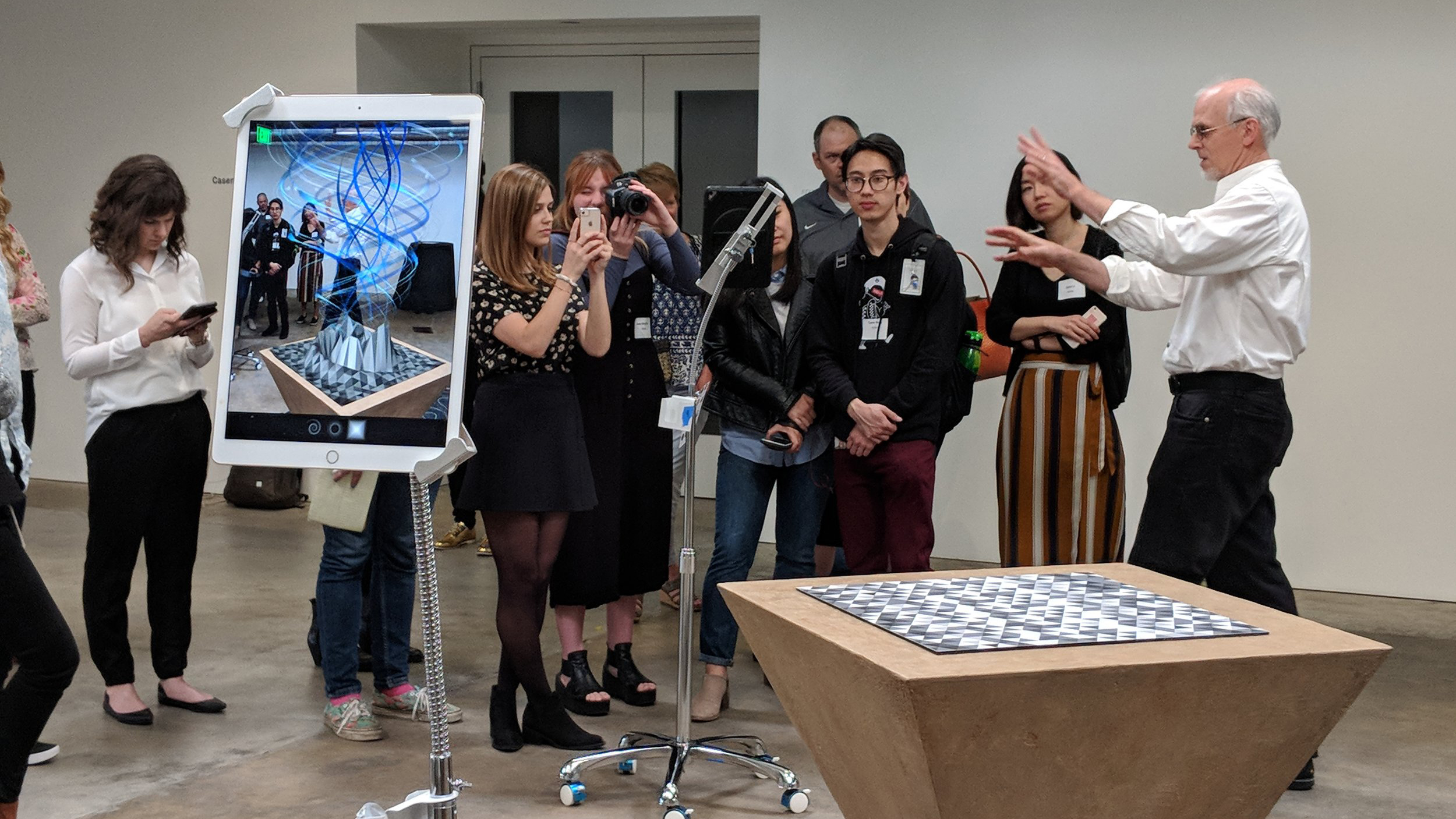 New voice capabilities, including voice triggers and speech playback, enable designers to create powerful experience with screen and voice prototyping now in one application. In addition, developers can now leverage Adobe XD APIs to build plugins and app integrations that add new features, automate workflows and connect XD to the tools and services designers use every day.

Alongside these new additions, Adobe also introduced major updates to its desktop applications, including:

a new Content-Aware Fill workspace in Photoshop CC.performance and workflow improvements across Lightroom CC and Lightroon Classic. the ability to design with photorealistic, freeform gradients in Illustrator.a powerful Content-Aware Fit in InDesign CC.the power to instantly create and animate unique stylised puppets using a webcam and reference artwork with Character Animator's new Characterizer. a new rendering engine for improved render preview in performance in Dimension CC.a new Sensei-powered search features and exclusive content in Adobe Stock, including a new library from GoPro.In addition, Adobe announced it is addressing the needs of the video animation industry with new workflows and integrations across its apps.
Pricing and availability

Photoshop CC on iPad, Project Aero and Project Gemini on iPad will be available in 2019. Spark Post on Android, previously available as a public beta, is now available as a 1.0 app in the Google Play store.

The all-new Premiere Rush CC, available now on Windows and macOS and via the iOS App Store (Google Play store availability coming in 2019), is offered across a series of plans tailored for customers’ unique needs.

You’re going to fall in love with these portfolio builders! Pick your favorite... Photoshop CC is coming to the iPad
Scroll to top