Blog
You are here: Home / Blog / Random Stories / Forget Trick or Treat, Here Are 5 Horrifying Technologies That Should Really... 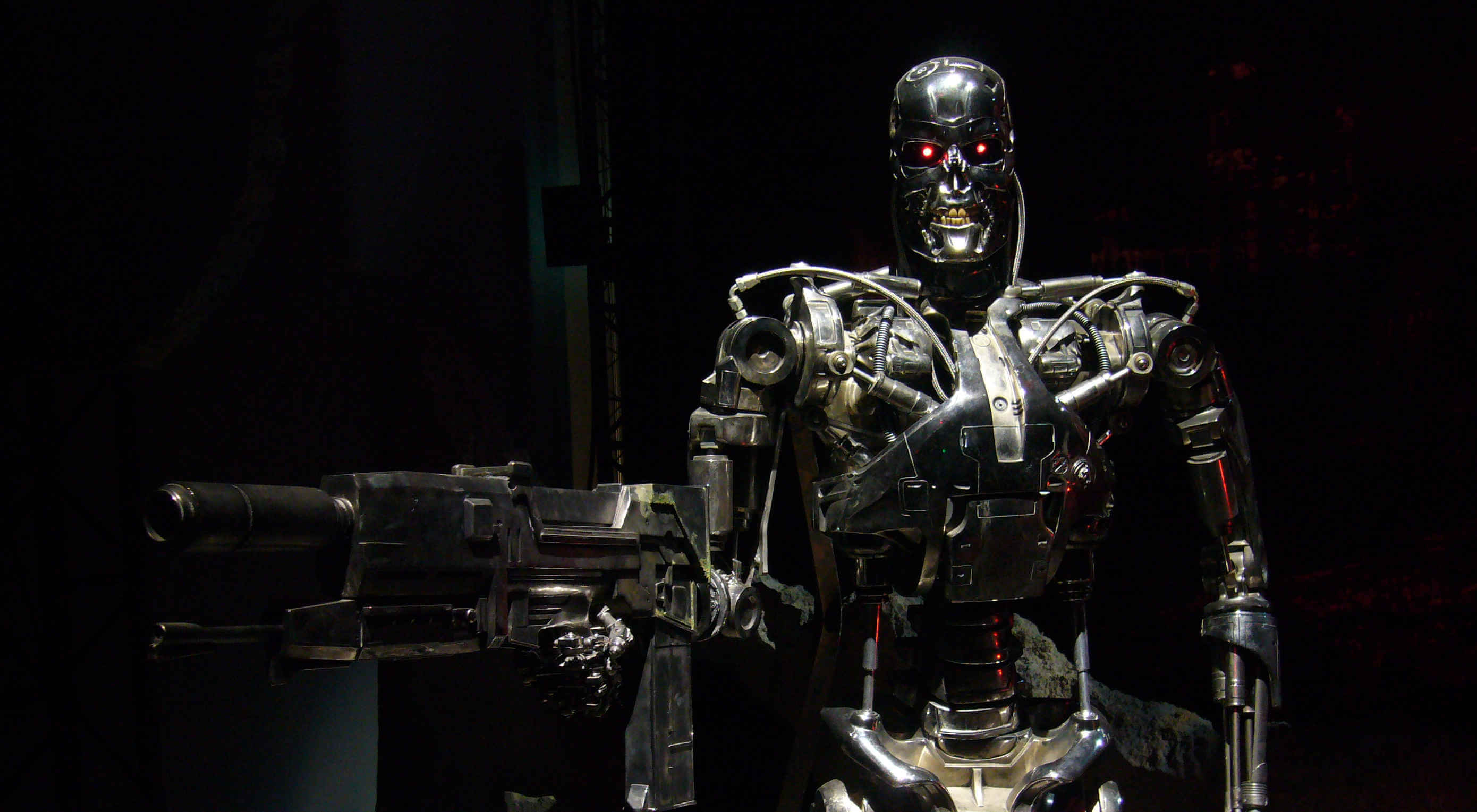 You know, I remember the good old days when all you had to worry about at Halloween was how to stop a gang of sugar-crazed 8 year-olds throwing eggs at your house. Not any more. Here are 5 emerging technologies that are bound to give you the creeps:

Perhaps the biggest tech news of 2019 came last month when Google announced “by mistake” cough that they’d completed a “10,000 year” calculation on their Sycamore quantum chip in 200 seconds. If the term “Supremacy” wasn’t sinister enough, the claim that this could render conventional encryption methods obsolete in a decade or so should give you pause for thought.

Just think about it for a second: that’s your bank account, all your passwords, biometric passport information, social security, cloud storage and yes, even your MTX tokens open and available to anyone with a working knowledge of Bose-Einstein condensates and a superconductor lab in their basement. Or not.

To my mind, whoever dreamed up fast-moving zombies is already too depraved for words, but at least your average flesh-muncher can be “neutralised” with a simple shotgun to the face or — if you really have nothing else — a good smack with a blunt object. The Terminator, on the other hand (whichever one you like), a robot whose actual design brief includes the words “Killer” and “Unstoppable” in the same sentence, fills me with the kind of dread normally reserved for episodes of Meet the Kardashians.

We already know for certain that Lethal Autonomous Weapons (LAWs for short…) are in active development in at least 5 countries. The real concern, though, is probably the multinationals who, frankly, will sell to anyone. With help from household names like Amazon and Microsoft, these lovely people have already built “demonstration” models of everything from Unmanned Combat Aerial Systems (read “Killer Drones”) and Security Guard Robots (gun-turrets on steroids) to Unmanned Nuclear Torpedoes. If that’s not enough for you, try autonomous drone swarms which detect their target with facial recognition and kill on sight on the basis of… wait for it…“demographic” or “social media profile”.

Until recently, your common-or-garden killer robot was more likely to hurt you by accidentally falling on top of you than through any kind of goal-directed action, but all that’s about to change. Take Boston Dynamics, for example: the DARPA funded, Japanese owned spin-out from MIT whose humanoid Atlas can do parkour, and whose dancing quadruped SpotMini looks cute until you imagine it chasing you with a taser bolted to its back.

The big issue here is the definition of “Autonomous”. At the moment, most real world systems operate with “Human in the Loop”, meaning that even if it’s capable of handling its own, say, target selection, a human retains direct control. “Human on the Loop” systems however, allow the machine to operate autonomously, under human “supervision” (whatever that means). Ultimately, more autonomy tends towards robots deciding for themselves to kill humans. Does anyone actually think this is a good idea?!

If the furore around Cambridge Analytica’s involvement in the 2016 US Presidential election is anything to go by, the world is gradually waking up to the idea that AI can be, and is being used to control us. The evidence is that it works, not just by serving up more relevant ads, or allowing content creators to target very specific groups, but even by changing the way we see ourselves.

Careful you may be, but Google, Facebook and the rest probably still have gigabytes of information on you, and are certainly training algorithms on all kinds of stuff to try to predict and influence your behavior. Viewed like this, the internet looks less like an “information superhighway” and more like a swamp full of leeches, swollen with the lifeblood of your personal data (happy Halloween!).

I don’t know about you, but I’m also freaking out about Palantir, the CIA funded “pre-crime” company whose tasks include tracking, among other kinds of people, immigrants; not to mention the recent memo by the US Attorney General which advocates “disrupting” so-called “challenging individuals” before they’ve committed any crime. Call me paranoid, but I’ve seen Minority Report (a lot) and if I remember right, it didn’t work out well… for anyone!

This technology is also being used to target “subversive” people and organisations. You know, whistleblowers and stuff. But maybe it’s not so bad. I mean, Social and Behavior Change Communication sounds quite benign, right? Their video has some fun sounding music and the kind of clunky 2D animation you expect from… well no-one, actually… but they say they only do things “for the better”… What could possibly go wrong? I mean, the people in charge, they all just want the best for us, right? They wouldn’t misuse the power to make people do things they wouldn’t normally do, or arrest them before they’ve done anything illegal, right guys? Guys…?

5. The Ghost in the Machine

At the risk of wheeling out old clichés about “Our New Silicon Overlords”, WHAT IF AI TAKES OVER THE WORLD?!

Yes, there’s a chance we might all be enslaved, Matrix style, by unfeeling, energy-addicted robots. Even Stephen Hawking thought so. There’s also the set of so-called “Control Problems” like Perverse Instantiation where an AI, given some benign-sounding objective like “maximise human happiness”, might decide to implement it in a way that is anything but benign – by paralysing everyone and injecting heroin into their spines, perhaps. That, I agree, is terrifying.

But really, what are we talking about? First, the notion of a “control problem” is nonsense: Surely, any kind of intelligence that’s superior to ours won’t follow any objective we set it, or submit to being “switched off” any more than you would do what your dog tells you… oh no wait, we already do that.

Surely, any kind of intelligence that’s superior to ours won’t follow any objective we set it

Second, are we really so sure that our “dog-eat-dog” competitive approach to things is actually all there is? Do we need to dominate each other? Isn’t it the case that “super” intelligence means something better? Kinder? More cooperative? And isn’t it more likely that the smarter the machines become, the more irrelevant we’ll be to them? Sort of like ants are to us? I mean, I’m not sure I fancy getting a kettle of boiling water poured on me when I’m in the way but, you know… statistically I’ll probably avoid that, right?

Lastly, hasn’t anyone read Hobbes’ Leviathan? If a perfect ruler could be created, we should cast off our selfish individuality and surrender ourselves to the absolute sovereign authority of… ok, I’ll stop.

So, Are We Doomed or What?

Yes. No! Maybe. There are a lot of really scary things about AI but you know what the common factor is in all of them? People. We don’t know what a fully autonomous, super intelligent machine would look like, but my hunch is it would be better and kinder than us. What really makes my skin crawl are the unfeeling, energy-addicted robots who are currently running the show. In their hands, even the meagre sketches of intelligence that we currently have are enough to give you nightmares.

Is this Paris Olympics 2024 logo concept better than the official design? Dark Mode Looks Good, But Is It Actually Hurting You?
Scroll to top