Blog
You are here: Home / Blog / Random Stories / Burger King's banned ads are a whopper of a mistake

Burger King has been forced to stop showing adverts for its new Rebel Whopper burger after the Advertising Standards Authority (ASA) deemed them misleading. Launched in January to coincide with Veganuary (in which people attempt to eat only vegan food for the whole month), the ads proclaimed the new burger to be the chain's "first plant-based burger”.

However, while the Rebel Whopper may not contain any beef, it soon came to light that it is cooked on the same grill as its meat counterpart. Twitter users spotted the smallprint on the ad, with many taking the fast food giant to task. In reply to countless disgruntled tweets, Burger King claimed this was to preserve the Whopper's "signature flame-grilled taste" – something we doubt is as important to vegetarians as the thing being, you know, vegetarian.

It's safe to say these won't be making our list of the best poster designs any time soon. As well as describing the product as "100% WHOPPER – NO BEEF", the advertising (above) contained a logo proclaiming, "powered by the vegetarian butcher" (which, er, doesn't scream 'not suitable for vegetarians' to us).

"So it’s an absolute waste of time then?" Said one Twitter user on learning that the burger is cooked on the same grill as the original Whopper. "What’s the point in bringing out plant based foods that aren’t suitable for even vegetarians?"

The ASA had beef with several elements of the ads "The presence of the “Vegetarian Butcher” logo, the green colour palette and the timing of the ad and product release to coincide with Veganuary" all contributed to the impression that the product is suitable for vegetarians, claimed the ruling. 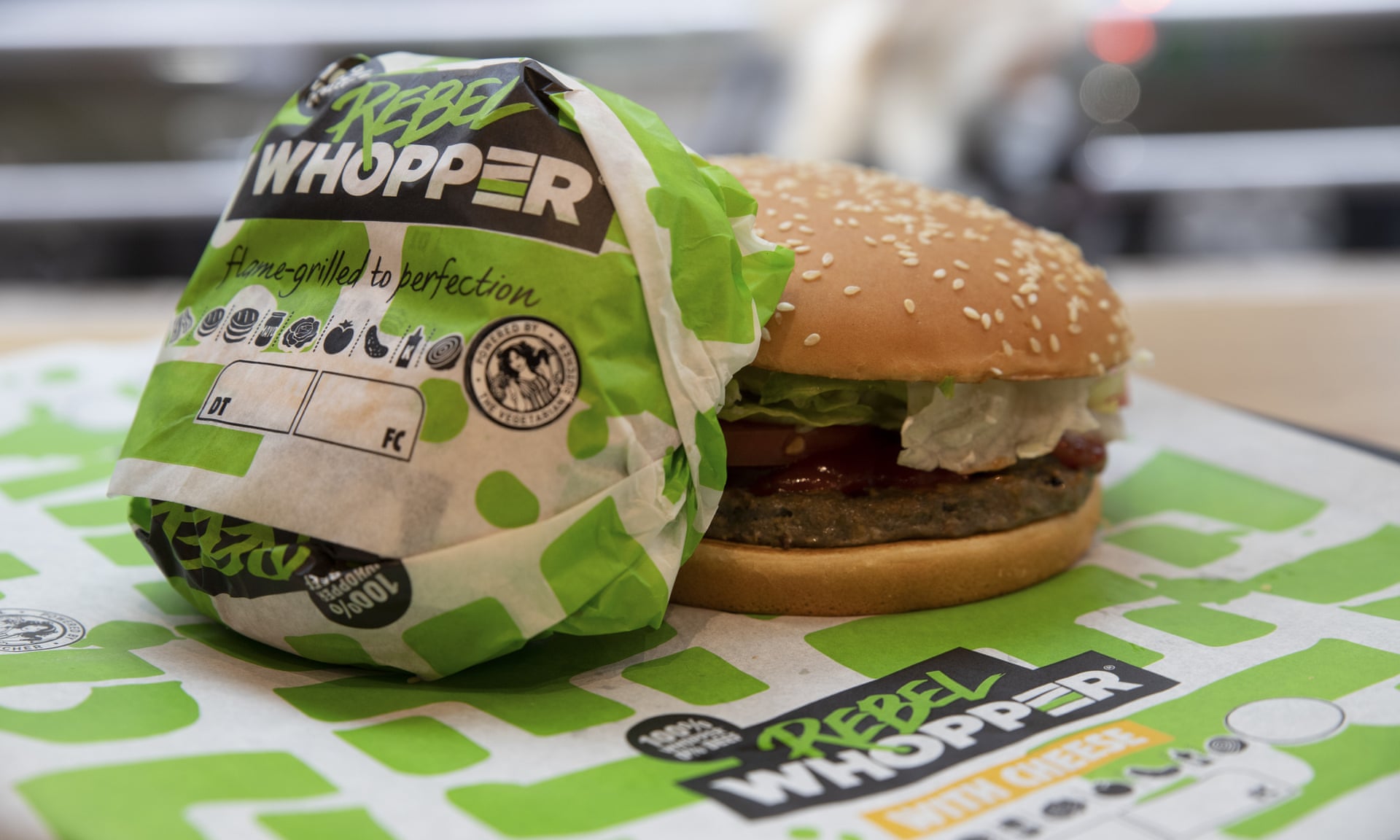 Not suitable for vegetarians

Burger King argued that "the small print at the bottom of the ads stated that the Rebel Whopper may not be suitable for vegans or vegetarians as it was cooked alongside other meat products", but this wasn't enough for the ASA. “We concluded that the ads were misleading,” it said. “The ads must not appear again in their current form.”

Burger King isn't the only fast food chain to have social media trouble lately. McDonald's recently apologised and deleted a 'socially-distanced' version of its logo after a backlash from those who saw it as an opportunistic response to the coronavirus pandemic. At least Burger King has had more success with its ads elsewhere. We were impressed with its recent campaign featuring a mouldy whopper in a clever swipe at McDonald's. It's ironic that, advertising-wise, the chain's mouldy burger left a better taste than its "plant-based" one.