When it comes to left-field creativity, Berlin is indisputably one of Europe's – if not the world's – most vibrant and inspirational design cities to visit.

So whether you're paying the German capital a flying visit, looking to move there to live or just on the hunt for some visual reference material, read on for our guide to 10 of the best off-the-beaten track creative locations in Berlin… 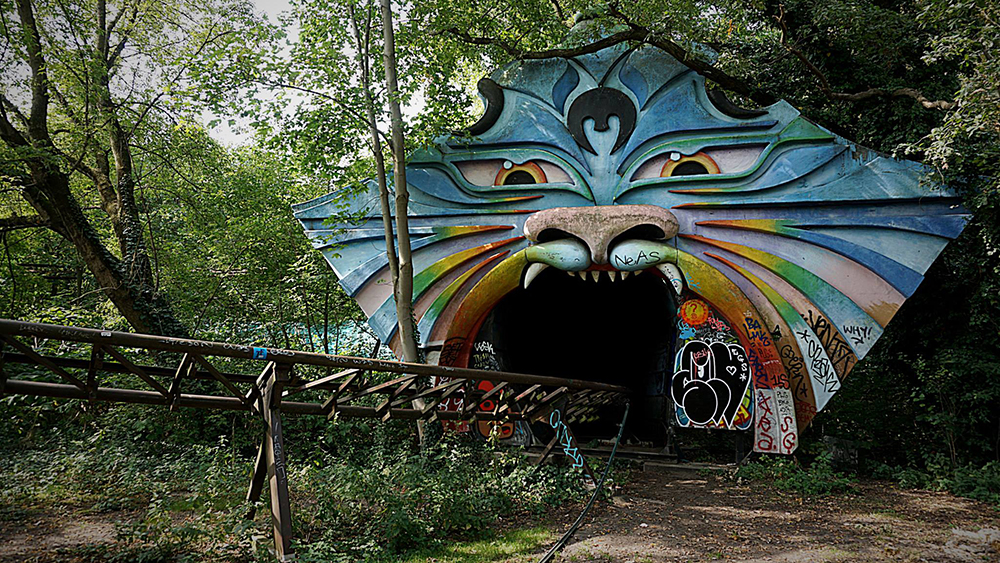 An abandoned amusement park might sound more like the favoured stomping ground of a Scooby Doo villain than a must-see creative attraction, but bear with us.

From a towering, derelict Ferris wheel to derailed go-karts peeking out from the undergrowth, Spreepark – once full of life, bright lights and laughter as the GDR's only permanent amusement park – is now a hugely surreal place to become inspired. 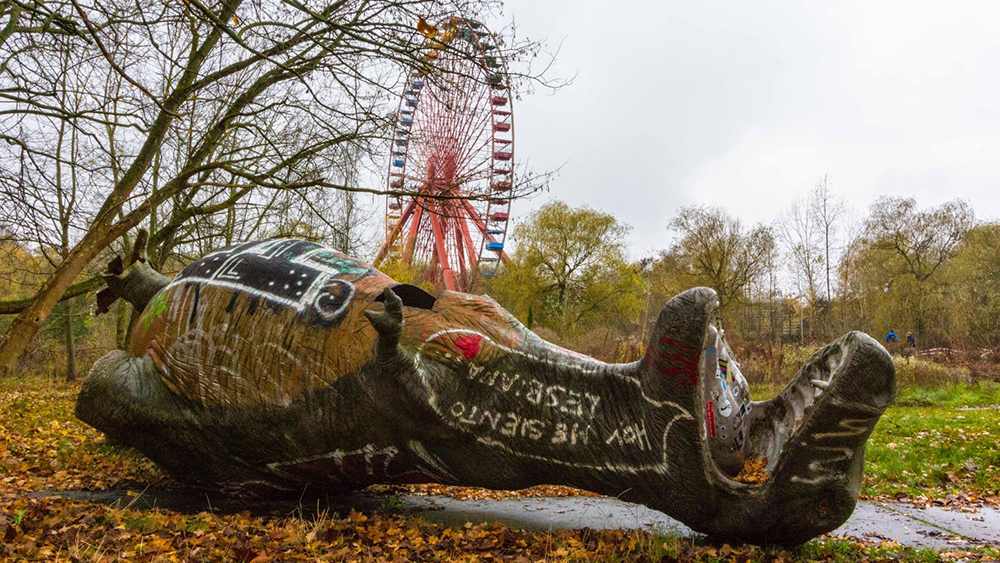 Everywhere you look, there's a visual cue to spark off a story in your mind – whether it's toppled, overgrown dinosaur statues or colourful animal faces adorning tunnels.

Formerly known as Kulturpark Plänterwald, the park was opened in 1961 and used to attract 1.5 million visitors a year, but fell into financial difficulties after reunification, and was declared insolvent in 2001.

If you're passing by, you can peek through the gates into Spreepark for free – or occasionally there are events, screenings and even concerts hosted inside, if you're lucky. 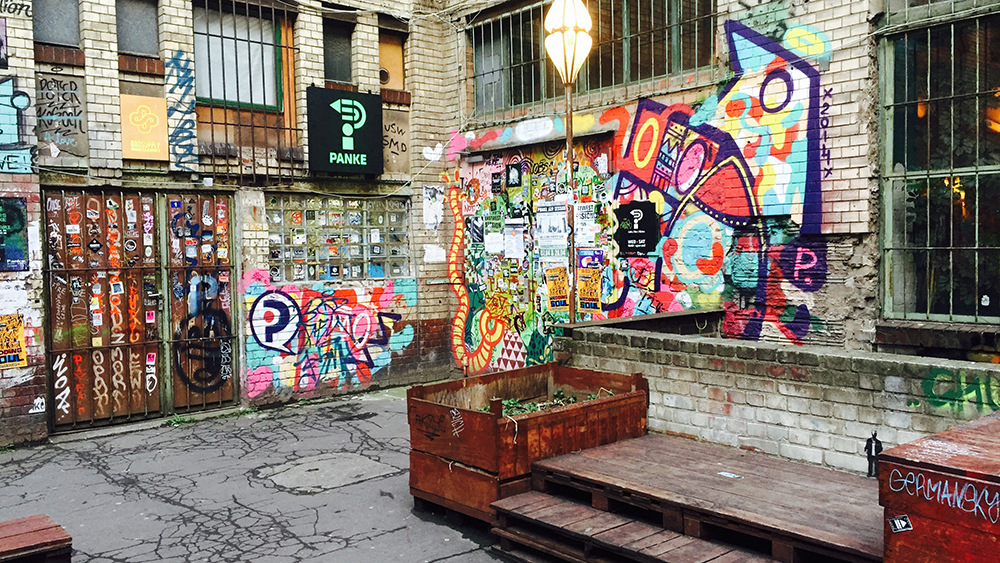 Berlin is packed with quirky arts venues, of which Panke is a great example. Offering a heady combination of art, food and music, it strives to "support edgy creativity that happens away from mainstream culture".

Its café serves vegan/vegetarian food and coffee by day, and hosts events by night, while the gallery space showcases both established and emerging artists, with a particular interest in digital or net-based art and club culture.

Visual inspiration doesn't stop there, as the bar is continuously redecorated by local and international artists – so you can get a fresh experience every time you visit the city. 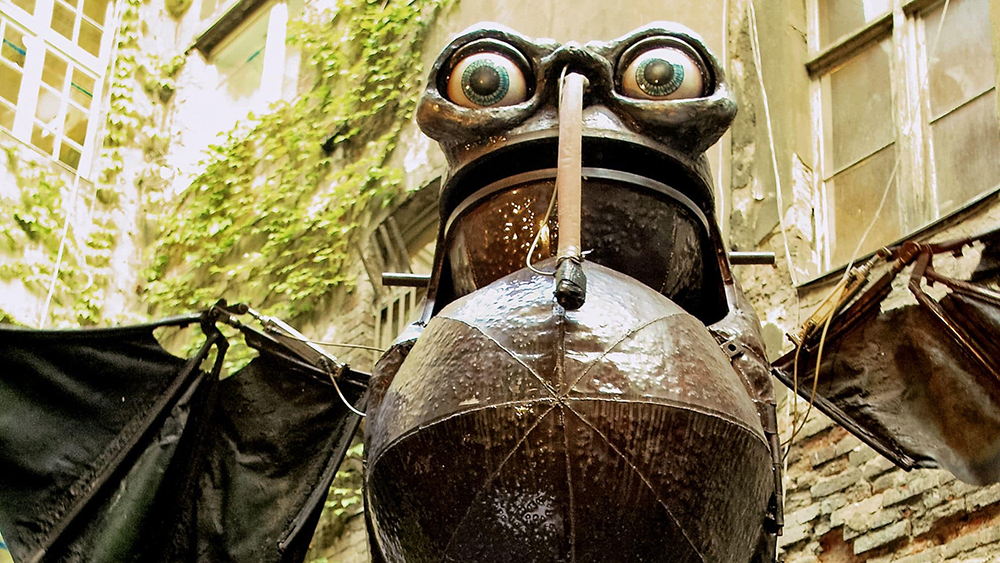 If you like your artistic inspiration mixed with a dose of mechanised horror, there's no better place to do so than Monster Kabinett – a dark, unsettling showcase of hulking robots and warped, insect-like creatures.

Hosted in a warehouse, it's the brainchild of the Dead Pigeon Collective and features costumed performers among the giant, moving metal sculptures.

It's very literally off the beaten track: you'll find it down a suitably dank, dark alleyway off the side of a busy thoroughfare. It's an unassuming location, and you might not be sure you're in the right place until you're standing directly outside it. 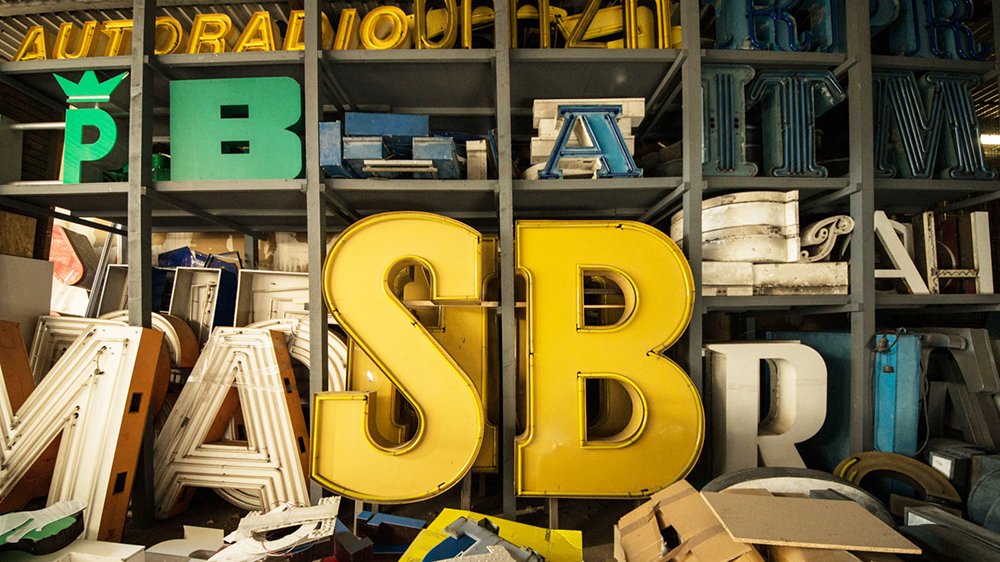 Typography is part of Berlin's design heritage, as the ever-inspiring annual TYPO Berlin conference attests. And you'll find plenty of tangible examples of it in use here.

With an impressive collection gathered from around Berlin and beyond, the Buchstabenmuseum – or Museum of Rescued Letters – is one of the world's first museums to collect letterforms from public spaces and display them as part of urban history.

Featuring all manner of lost, forgotten and abandoned signage that's been saved from the scrapheap, this is a wonderful source of typographical inspiration. Courtesy of LucasFonts, there's even a free Buchstabenmuseum font, based on a selection of the letterforms on display. 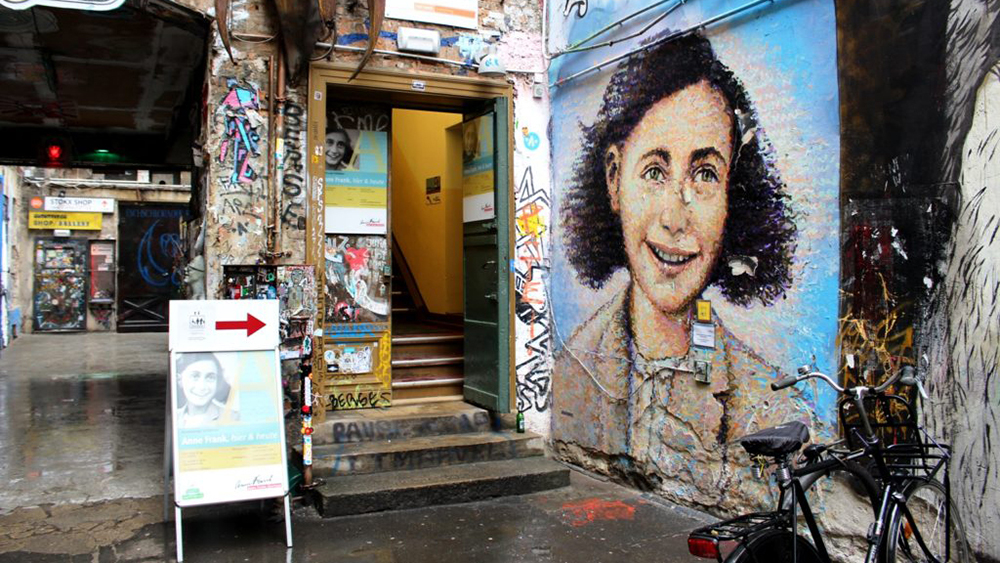 Berlin's street art scene is legendary, from the world-renowned East Side Gallery, painted on the remnants of the Berlin Wall, right down to tucked-away alleyways that can be easily missed.

One such example is Haus Schwarzenberg Street Art Alley. A narrow, unassuming passageway beside a cafe – not far from the famous art nouveau courtyards of Hackeschen Höfe – leads to a colourful explosion of inspiring murals, paste-ups and graffiti.

Given the nature of great street art, the specific creations on display are constantly evolving as new murals are painted on, papered over and adapted, although Jimmy C's beautiful painting of Anne Frank, a centrepiece of the space, remains untouched.

The existence of this pocket of inspiration is all thanks to non-profit arts organisation Haus Schwarzenberg, which occupies the adjacent building. 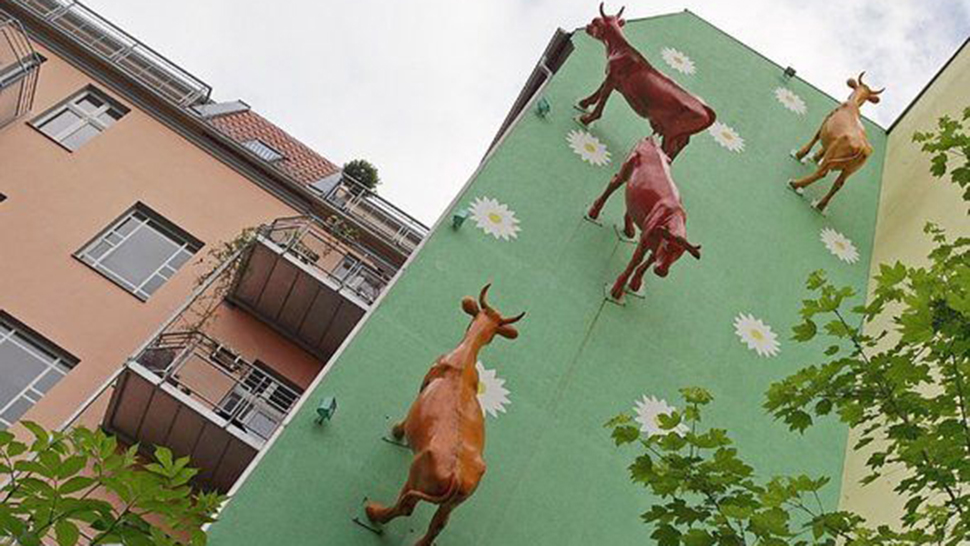 A quiet residential street in between the Prenzlauerberg and Friedrichshain areas of the city, Dietrich-Bonhoeffer Strasse is definitely off the beaten track by most standards. In fact, there would be no real reason to visit if it weren't for Sergej Dott’s delightfully whimsical public art installation, Die Rückkehr der Kühe – or The Return of the Cows.

Peek between two buildings halfway down the road, and you'll spot a photo opportunity unlike any other: a herd of giant cows, seemingly wandering up and down the side of an apartment block.

Dott has created several cow-based installations, which he calls 'Kuhunst' – a cheeky pun that will appeal to German-speakers, combining the words 'Kuh' (cow) and 'Kunst' (art). 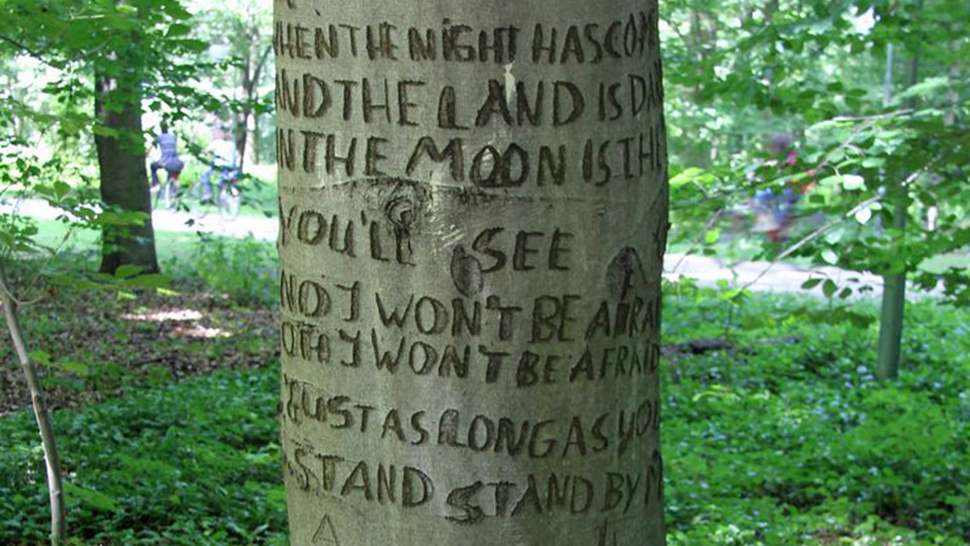 An anonymous fan of Ben E. King has demonstrated their passion for his seminal love song Stand By Me, by carving the lyrics into a tree trunk in Berlin’s Tiergarten Park – turning it into a natural sculpture to inspire all who visit it.

Unlike the transient, temporary nature of some of the street art featured on this list, this lyrical trunk has a pleasing permanence about it. The bark has healed, sealing the words within – and the anonymity of the creator adds to its enigmatic appeal.

While the exact date it was carved is unknown, the tree first became an attraction following King’s death in 2015, and the famous chorus of the song also appeared on a nearby tree at a similar time. 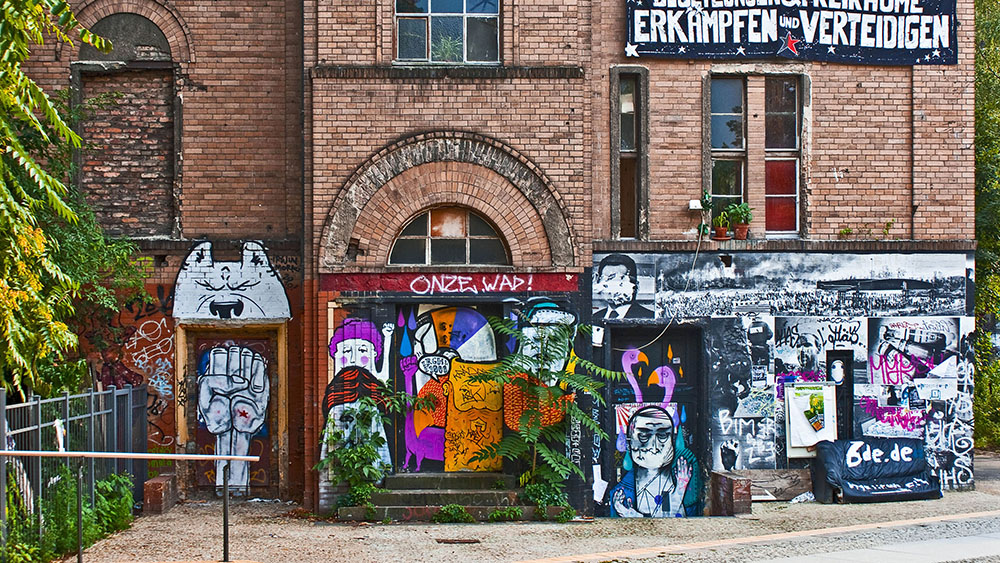 A graffiti-daubed icon of socialist activism, the Georg-von-Rauch-Haus is an infamous Berlin squat that takes its name from a violent German anarchist and so-called 'urban guerilla' who was shot dead by the West German police in 1971.

Shortly after von Rauch's death, squatters and political activists occupied a former nurses’ dormitory near Bethanien Hospital on Mariannenplatz, Kreuzberg. Attempts by the police to evict the inhabitants culminated in a major protest, which was met with tear gas and batons.

With a distinctive ring of graffiti around the lower level, the Georg von Rauch-Haus now operates as a 'free-living' collective, as well as playing host to musical and cultural events. 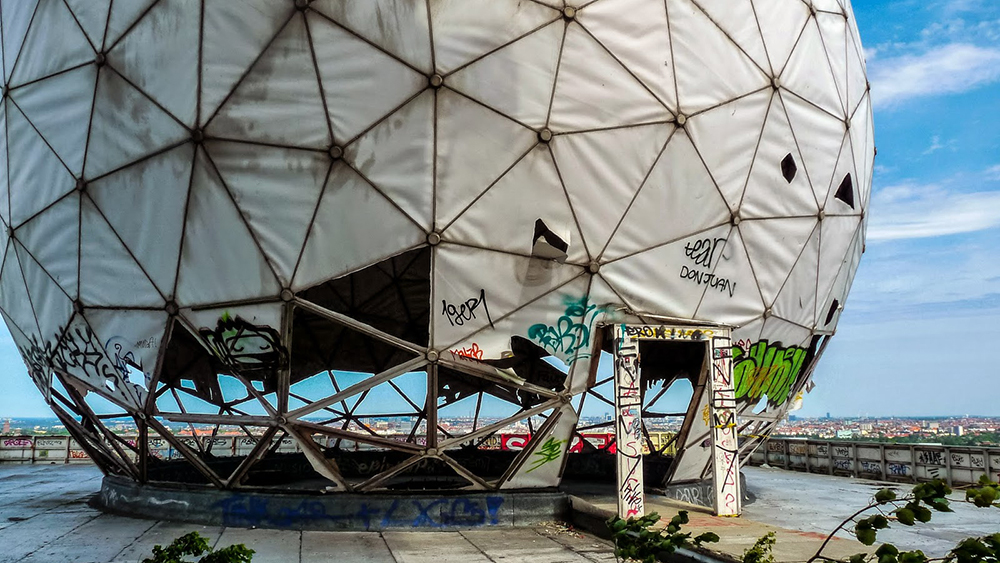 With an intriguing name that translates as 'devil's mountain', Teufelsberg is a former US spy base from the Cold War. It's built on top of a man-made hill outside the city, formed from the remnants of an incomplete Nazi military-technical college, as well as wartime rubble.

Teufelsberg's most distinctive feature is a collection of 'randomes' – enormous listening domes, now dilapidated and broken, but still strangely beautiful – which, like so many of the locations on this list, are plastered with street art.

Despite its dilapidated state, however, there's an entry fee to visit Teufelsberg as the site is now privately owned. Guided tours are also available. 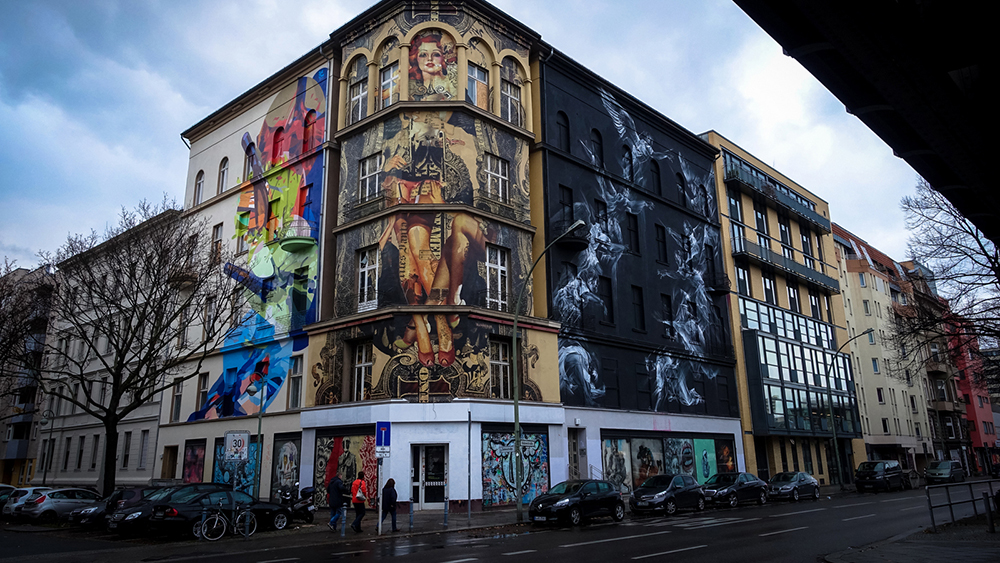 Rounding up our list is a relatively new addition to Berlin's cultural landscape, having only opened its doors in 2017. Capitalising on Berlin's global reputation on the street art scene, Urban Nation is the world's first museum dedicated to all genres of urban contemporary art: graffiti, paste-ups, sculptures, acrylic designs and more.

For over a decade, Urban Nation has championed street art in Berlin and helped transform the once-depressing, Cold War-era concrete cityscape by inviting high-profile muralists to make their mark. Now the organisation has its own free-to-enter permanent space, which features the works of 150 international and local artists.