Apple AirPods have become the absolute must-have accessory for iPhone, iPad and iPod since their launch in 2016. They have a lot of brilliant tech packed into them, and although they looked a bit weird when they first came out, it's now impossible to walk down the street without passing loads of people with those telltale AirPod arms hanging out of their ears.

AirPods aren't without their drawbacks, though. For starters, they're expensive; even if you search out the best Apple AirPod deals, you're talking over £150 for a pair, and that's before you've factored in the essential wireless charging case. That's a lot to pay for something that you're more likely to lose than you are a traditional pair of wired earphones.

Apple Black Friday deals: What to expect in 2019

And of course, you need an Apple device to go with them; no AirPods for you, Android owners. Amazon's just announced its own Echo Buds, which appear to be a strong AirPod alternative with many similar features at a less hefty price, but do they look as cool as actual AirPods? 'Cool' is very much a subjective thing, but we feel that many would think that no, they do not. 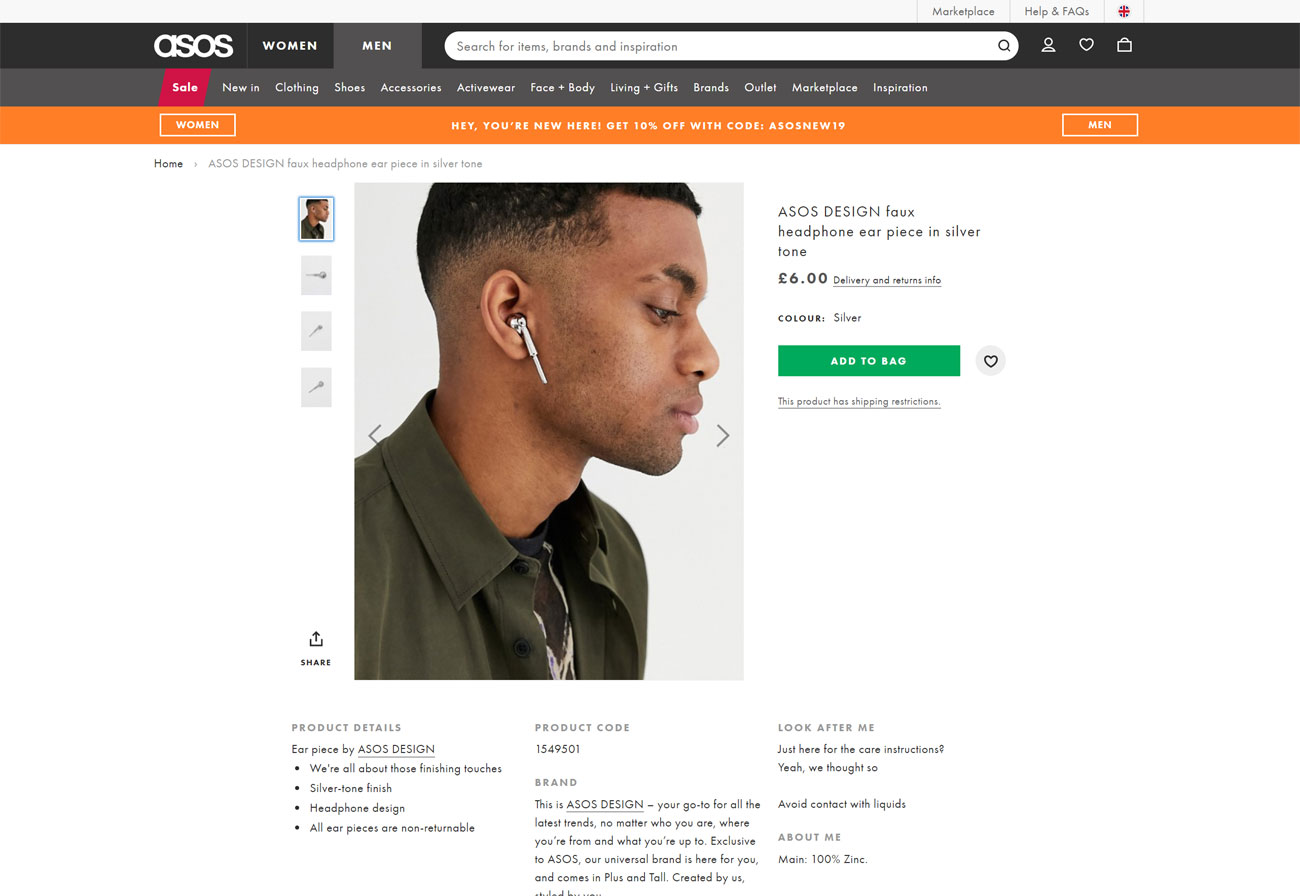 From a distance, who’s going to know?

However, if you want that distinctive, "Hey, look at me, I've got some AirPods!" look, here's ASOS with a solution that'll give you instant street cred at a tiny fraction of the price. It's launched its own fake AirPods – that's ASOS DESIGN faux headphone ear piece in silver tone to you – and they're absolutely ideal for looking like you're wearing AirPods. At least from a distance.

Like real AirPods, they're not quite perfect. For one thing, they're not that unmistakable AirPod white. Instead they're 100 per cent zinc with a silver-tone finish, which isn't likely to fool anyone, but you could always claim that you have a cousin who works at Apple who gave you a secret silver pair that isn't even going to be out until next year. Definitely worth a shot. 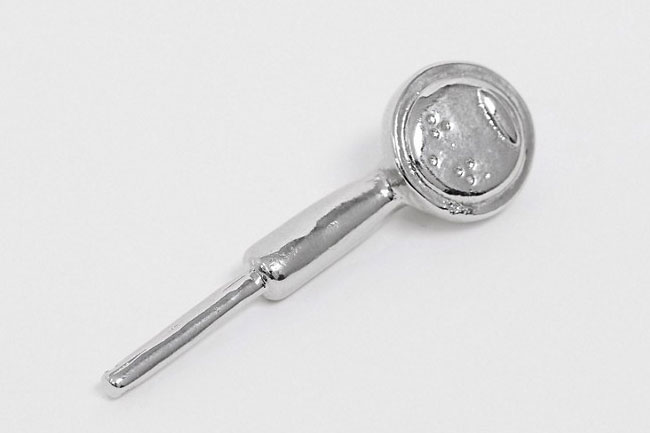 No, they don’t work. And yeah, you only get one.

Oh, and for another thing, they don't actually work. All they're for is making it look a bit like you're wearing AirPods. You may laugh, but we're absolutely certain there's a market for this. Admittedly, though, if being able to listen to music or podcasts is a deal-breaker for you then you might want to pass on these.

And for a third and final thing, we think you only get one faux headphone ear piece. So if you want to achieve the full effect then you'll probably have to order two of them. But at £6 a shot you're not exactly going to break the bank; you could buy at least 25 of them for what you'd pay for some actual functional AirPods!

ASOS, we salute your chutzpah. Please send us some.

The 10 most beautiful Apple products (and the 5 ugliest)Apple shares how AirPod users personalise their cases – and they look amazing!The 100 greatest Apple creations