With so much consumer tech released throughout the year, it can be difficult to spot the hardware products that offer creatives in particular something to get excited about.

Thankfully, more technology companies than ever are eager to please designers, illustrators and digital artists of all types with their inspirational wares.

So whether you're just looking to upgrade your workstation with a useful bit of kit, or fancy taking your creativity in a new direction entirely, keep reading to find out what's currently got our attention on the market. 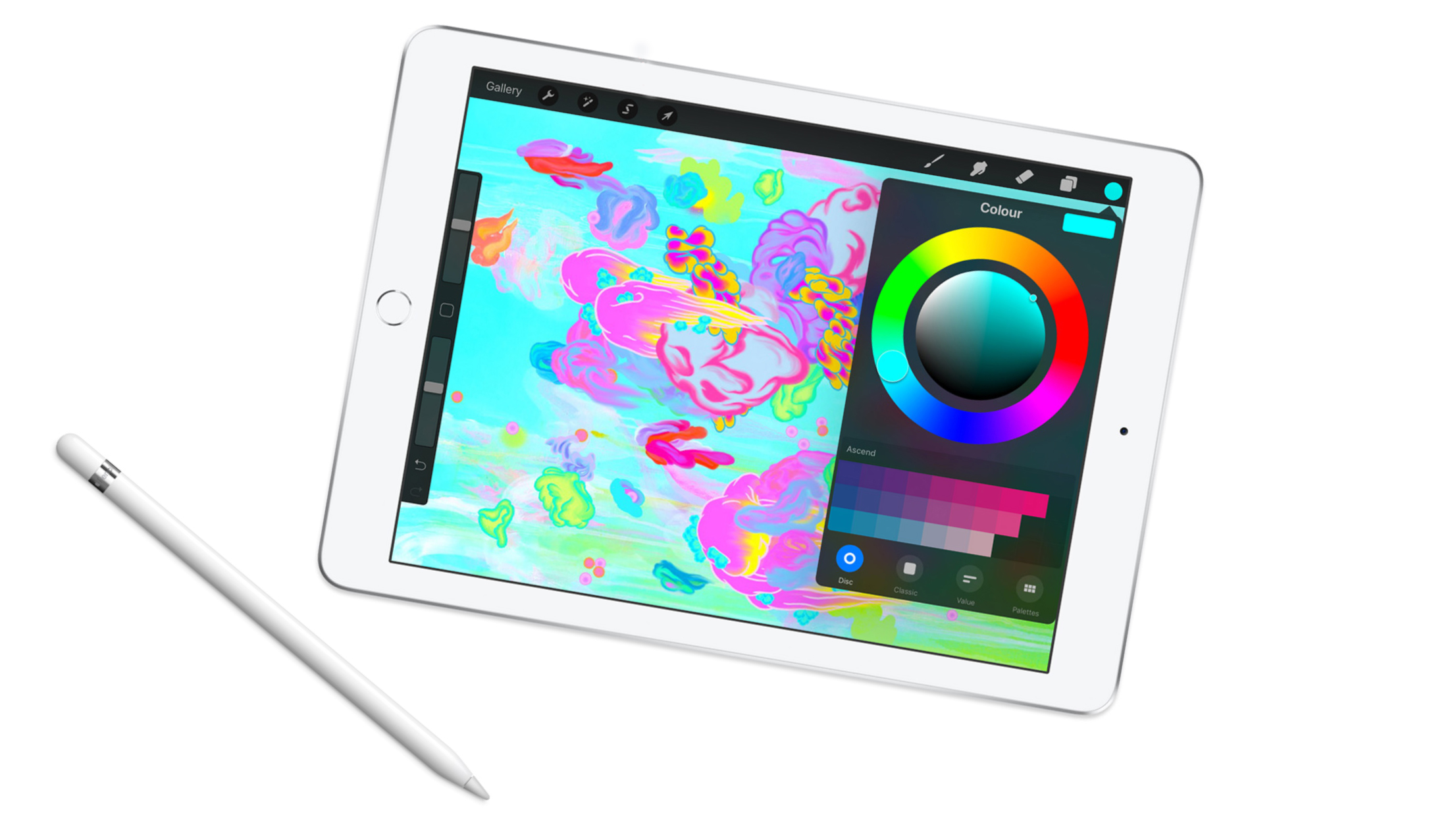 Apple's latest 9.7-inch iPad may not be the company's thinnest or fastest ever tablet, but at £319 it's surely the most affordable. The sixth-generation iPad has the same 9.7-inch Retina display as last year's model, but its higher-resolution touch sensor presents a significant bonus – it now supports the Apple Pencil, just like the £619 iPad Pro. Digital illustration on an iOS device just got a whole lot cheaper. 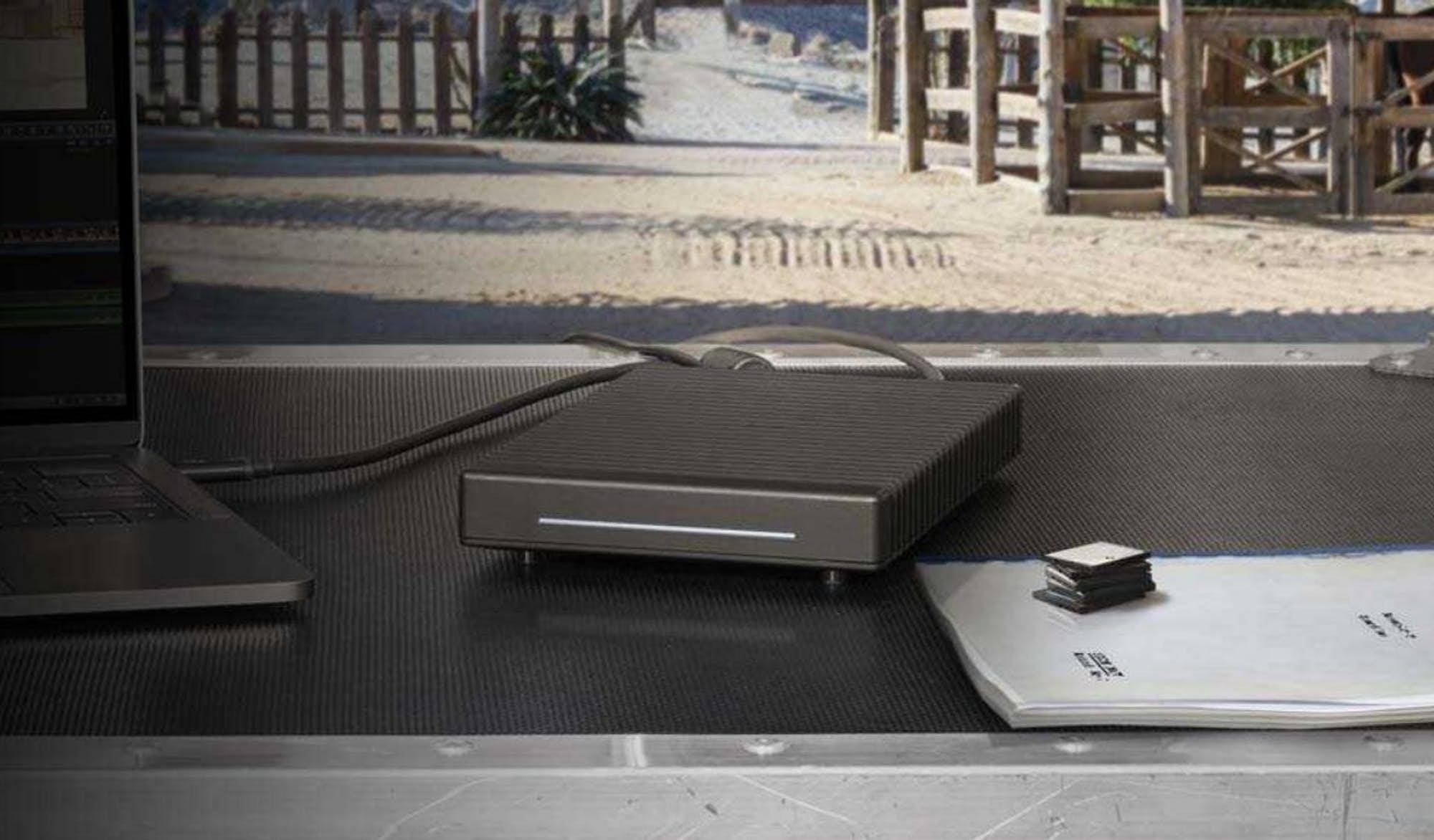 The higher-res your creative assets, the longer your file transfers take, which is why OWC have released this super-fast, silent-running external storage solution. The company reckons its new ThunderBlade SSD is the fastest external drive on the market, thanks to reported 2,800MB/s read and 2,450MB/s write speeds. Two thunderbolt ports at the rear mean up to six of the drives can be daisy-chained when plugged into the mains. They're currently not cheap though, starting at $1,200 for the 1TB model. 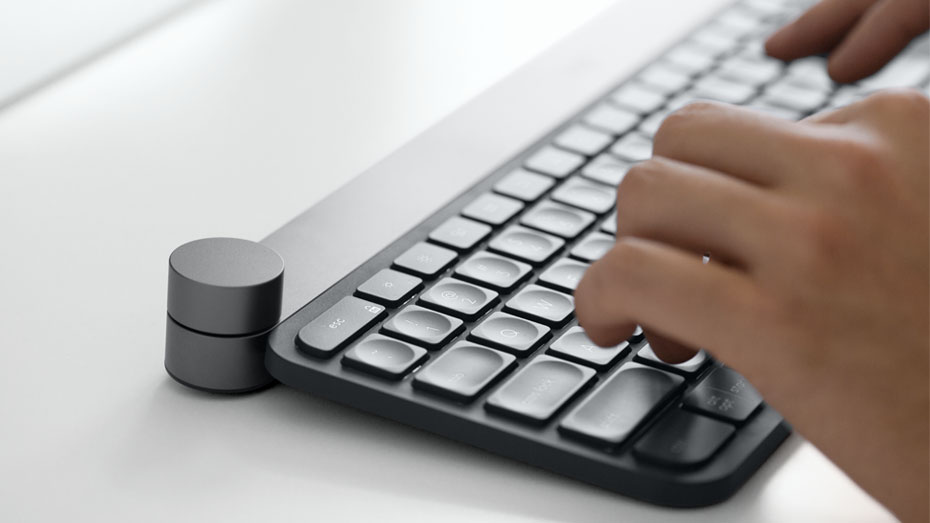 The Crown, as it's called, is touch sensitive, so you can tap or turn it to adjust various settings depending on the application you're using. With custom profiles for all Adobe's Creative Cloud apps – including Photoshop CC, Illustrator, Premiere Pro, and InDesign, it's ready to go out of the box.

The CRAFT can pair with up to three devices over Bluetooth, and also features backlighting that detects hand movement and automatically adjusts illumination based on lighting conditions. 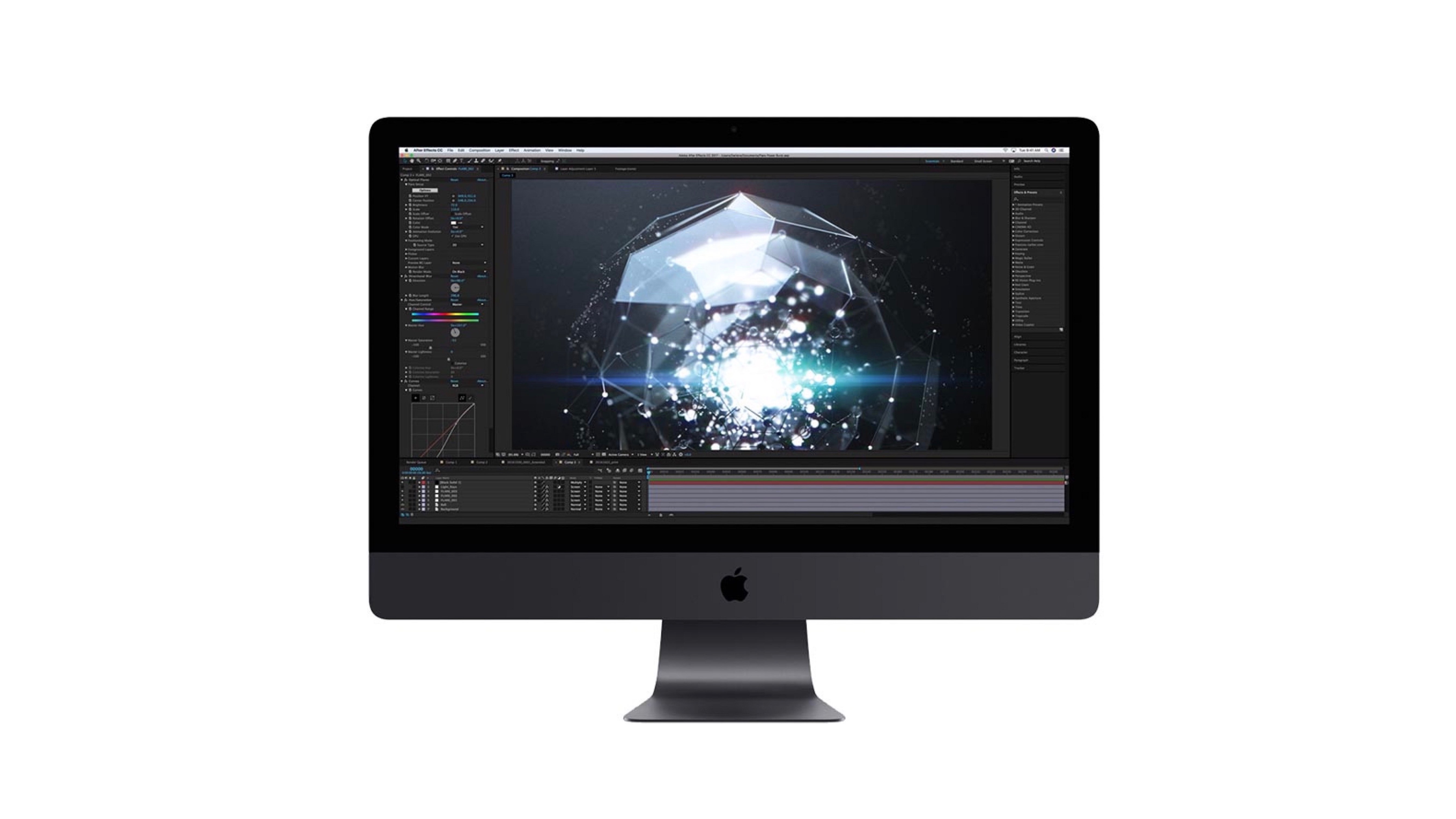 In response to criticism that it was failing to cater to creative professionals, Apple launched perhaps the fastest Mac ever in December with the slick-looking space grey iMac Pro.

The iMac Pro can be configured with a mammoth 18-core Intel Xeon processor. To put that power in perspective, consider that a 10-core iMac Pro is almost twice as fast as a high-end 5K iMac and up to 45 percent faster than a 'trash can' 2013 Mac Pro.

Hidden behind that beautiful 5K display is up to 4TB of SSD storage, up to 128GB of ECC RAM, and 16GB AMD Radeon Pro Vega 64 graphics. With four Thunderbolt 3 ports, the iMac Pro can power two external 5K displays or four 4K displays at 60Hz simultaneously. There's also a 10 Gigabit Ethernet port, an SD card slot, four USB-A 3.0 ports, and a 3.5mm headphone jack lined up on the rear. 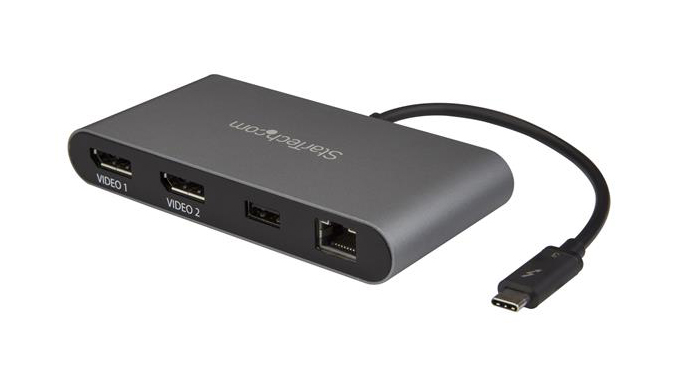 Looking to marry a monitor or two to a brand new Apple Mac? Then consider one of StarTech's freshly launched bus-powered Thunderbolt 3 Mini Docking Stations with additional Ethernet and USB connectivity.

The dual HDMI dock supports two HDMI monitors running in 4K resolution, whereas the DisplayPort version can power two 4K DisplayPort monitors or one 5K monitor. Best of all, there's no need for a separate power cord because the included Thunderbolt 3 cable supplies all the charge your monitors need. 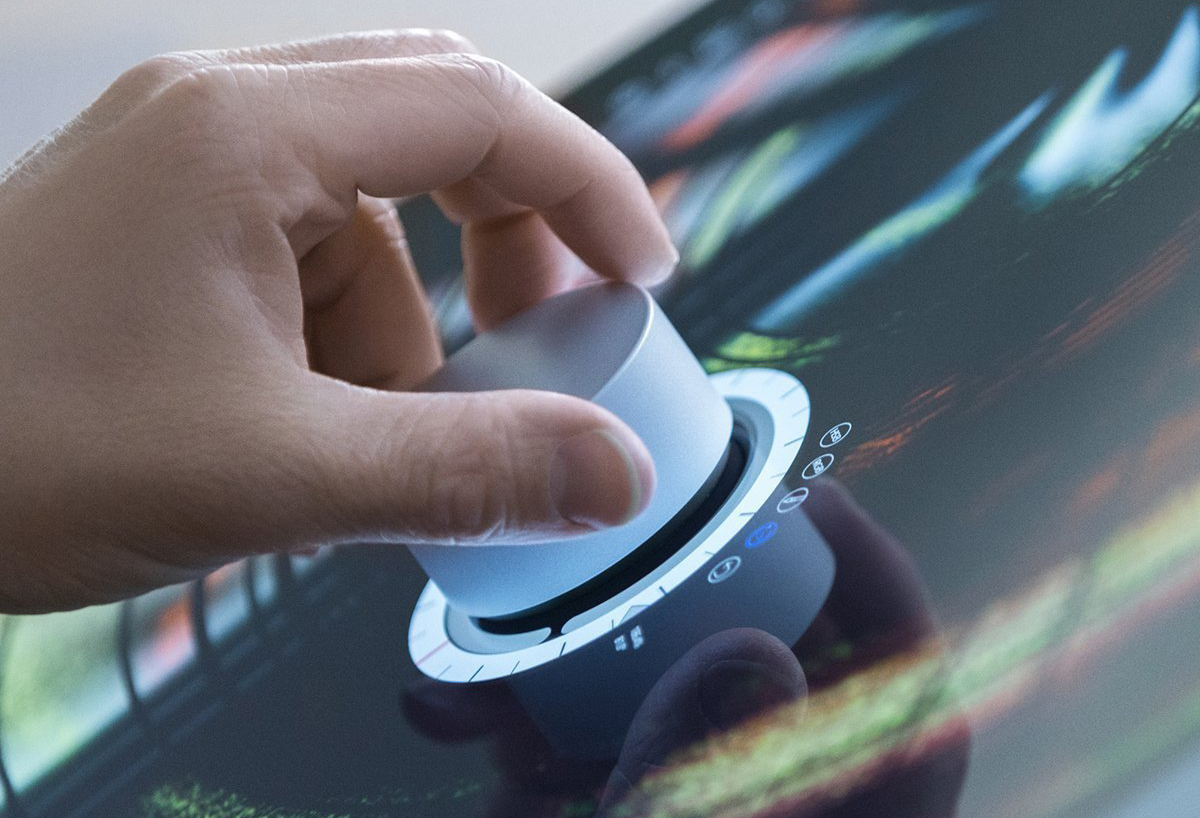 The Surface Pro 4 was introduced back in October 2015 and has been superseded by the Surface Pro, which offers support for the Surface Dial right out of the box. Microsoft has long promised the earlier tablet PC would eventually support the Surface Dial. That was almost a year ago, so this update is definitely worth shouting about. For £76, now SP4 owners can finally dial into the onscreen creative action, controlling radial menus and selecting functions more intuitively. 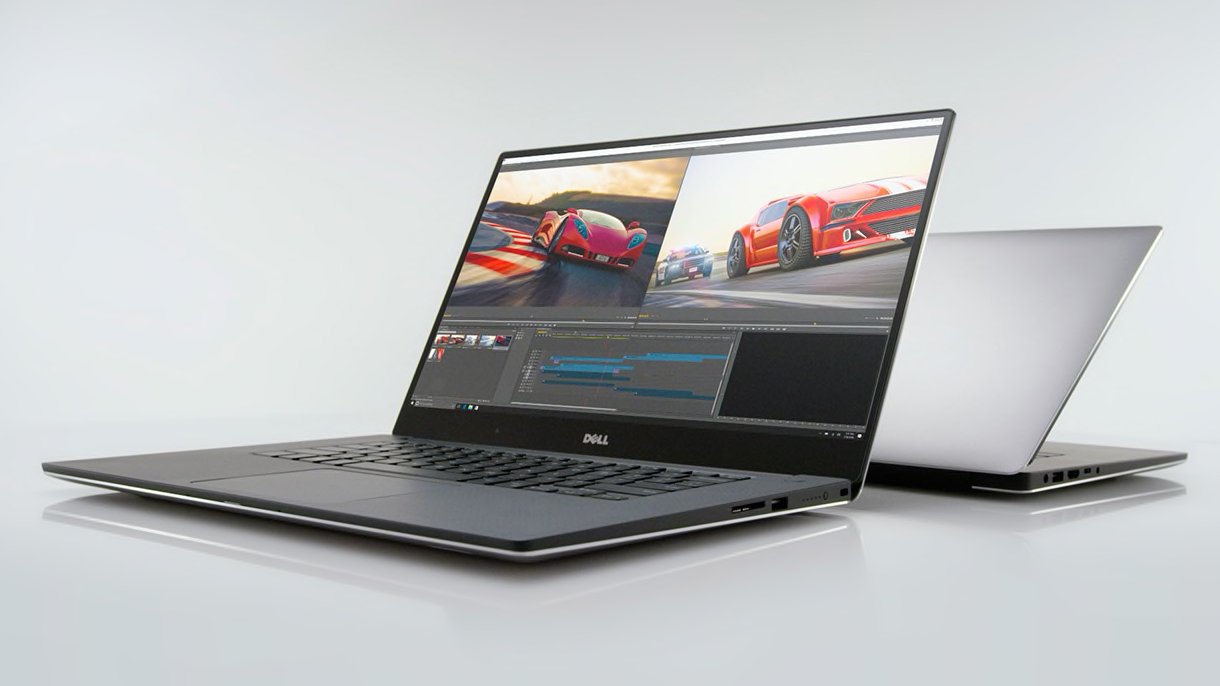 Typical mobile workstations focus on offering powerful internal components capable of running demanding creative applications, but that all too often leads to an inelegant exterior. Not so with Dell's Precision 5520, which manages to pack the power of a workstation-class machine into a sleek space-age chassis with a luxurious feel.

Apart from its solid-looking Full HD 15.6-inch display, the 5520 is powered by an Intel Xeon processor and includes two USB 3.0 ports, a single USB-C port with Thunderbolt 3, an SD card reader, and an HDMI connection around the side. 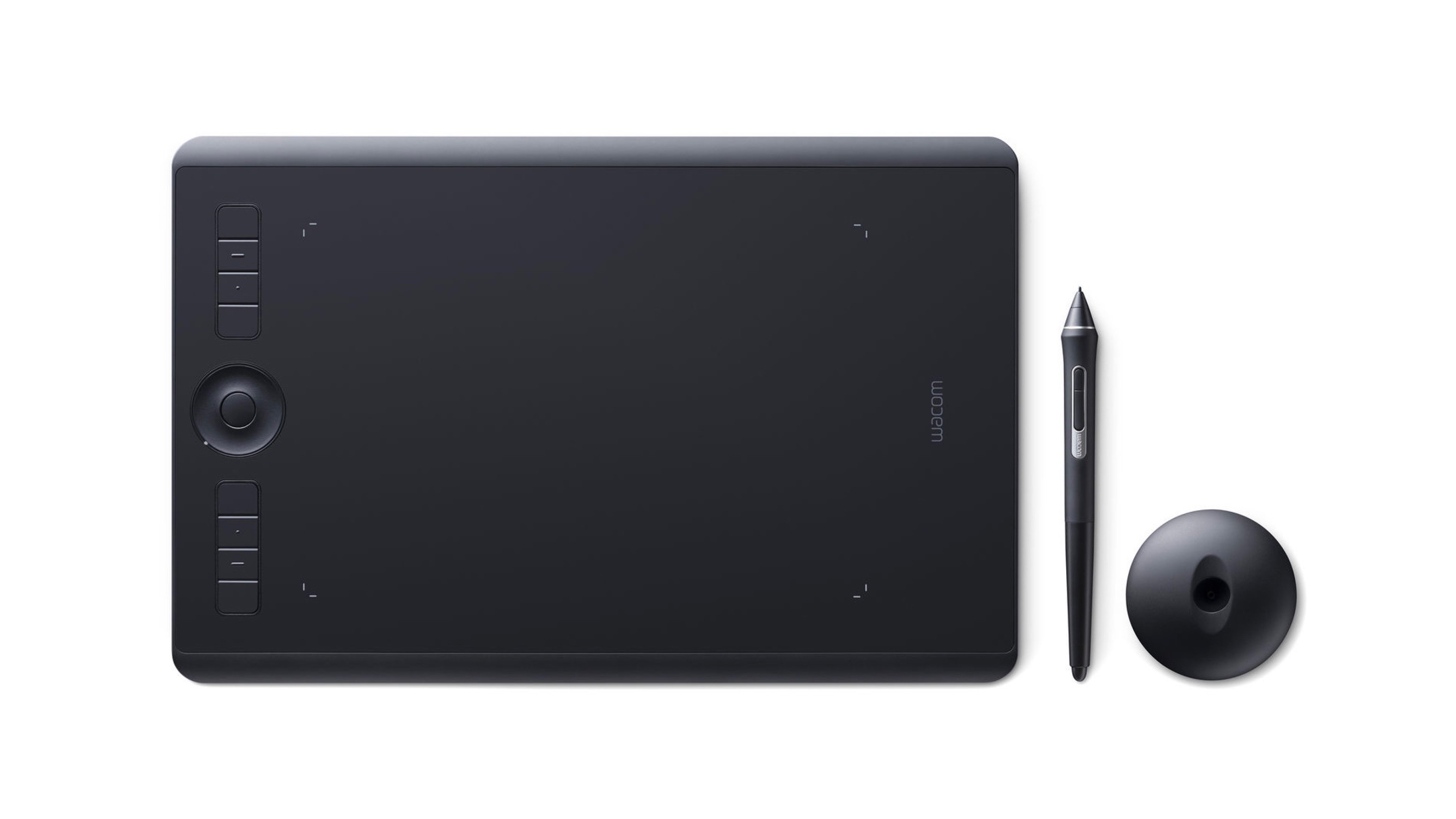 Wacom refreshed its Intuos tablet line in 2017 with an updated version of the Intuos Pro, available in two highly portable medium and large sizes. Both tablet sizes feature eight customisable ExpressKeys and offer over 8,000 levels of pressure, 5,080 lines of resolution, 60 levels of pen tilt, 200 points per second reporting, USB and Bluetooth connectivity, and a multi-function touch ring.

Wacom has also reworked the pen to make it more comfortable to use. It now sports a slightly less tapered design and side buttons that sit flush with the body. 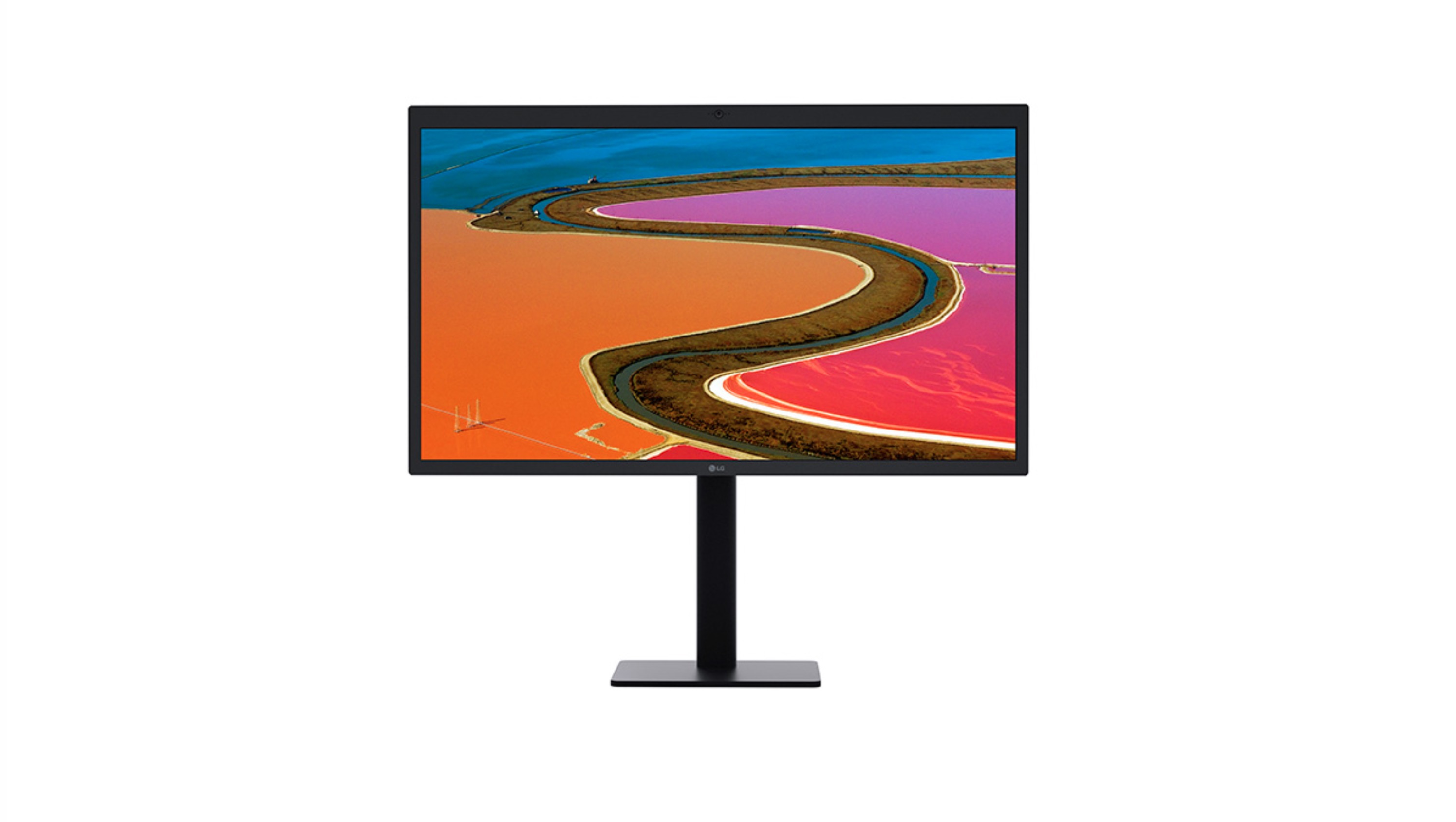 Apple's Cinema Display didn't get a look in last year and instead Apple surprised users by partnering with LG to come up with this UltraFine 5K monitor. While the first units unfortunately had a glitch, LG has since fixed the issue, allowing this display to sneak into our 2018 recommended list. 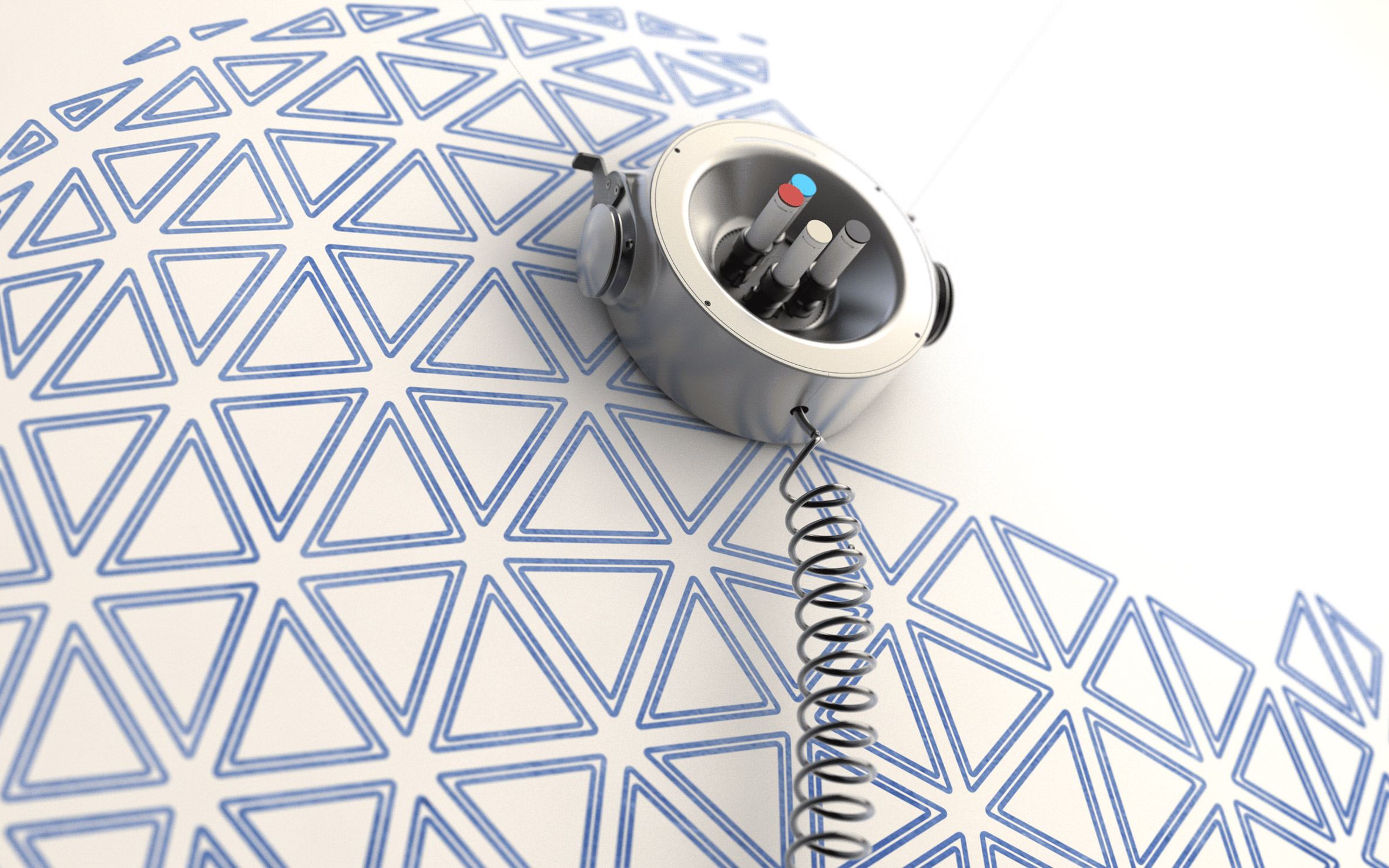 Upload your digital artwork to this reversible-ink pen-wielding robot and it will reproduce it on a vertical surface in minutes. Now, robot-powered art isn't new, but Scribit is designed with ease of use in mind. It requires just two nails and a power outlet, and its suspending cables can be installed in under five minutes, while the integrated motors allow the device to move, draw, erase, and re-draw content on pretty much any flat surface, whether it's made of glass, plaster, or whiteboard. 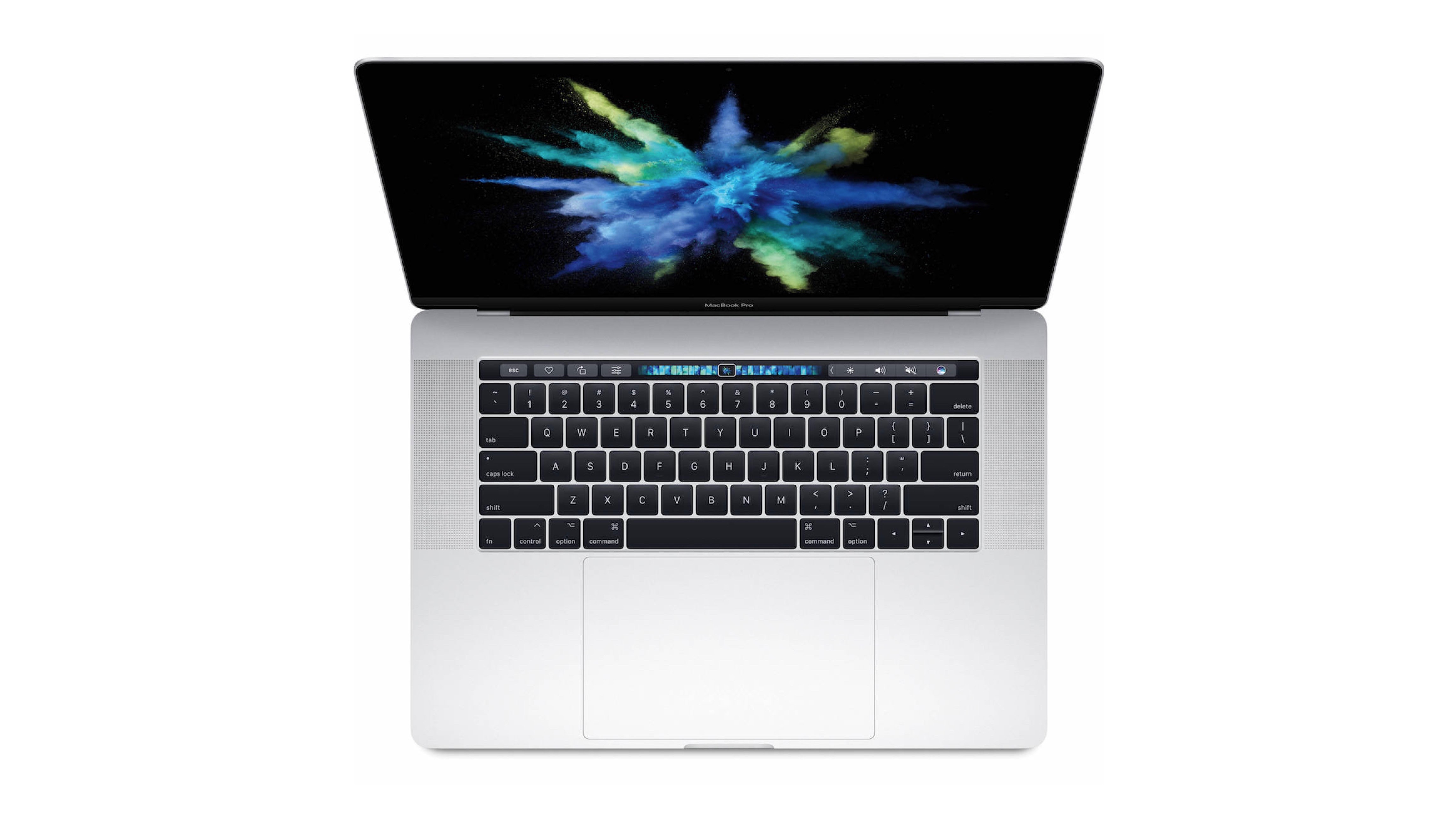 As well as the high price, Apple's 2017 refresh of its flagship notebook retained the same remarkably slim chassis and controversial Touch Bar, but brought in much-anticipated seventh-generation Kaby Lake processors and improved graphics under the hood.

The 2880 x 1800 resolution Retina display looks as impressive as we've come to expect from Apple, which also decided to bump the speed of the onboard memory to 2,133MHz, up from 1,866MHz last year (although it still tops out at 16GB RAM). Add to that a new Radeon Pro 560 GPU with 4GB of GDDR5 memory and integrated Intel HD Graphics 630, and creative pros should be good to go. 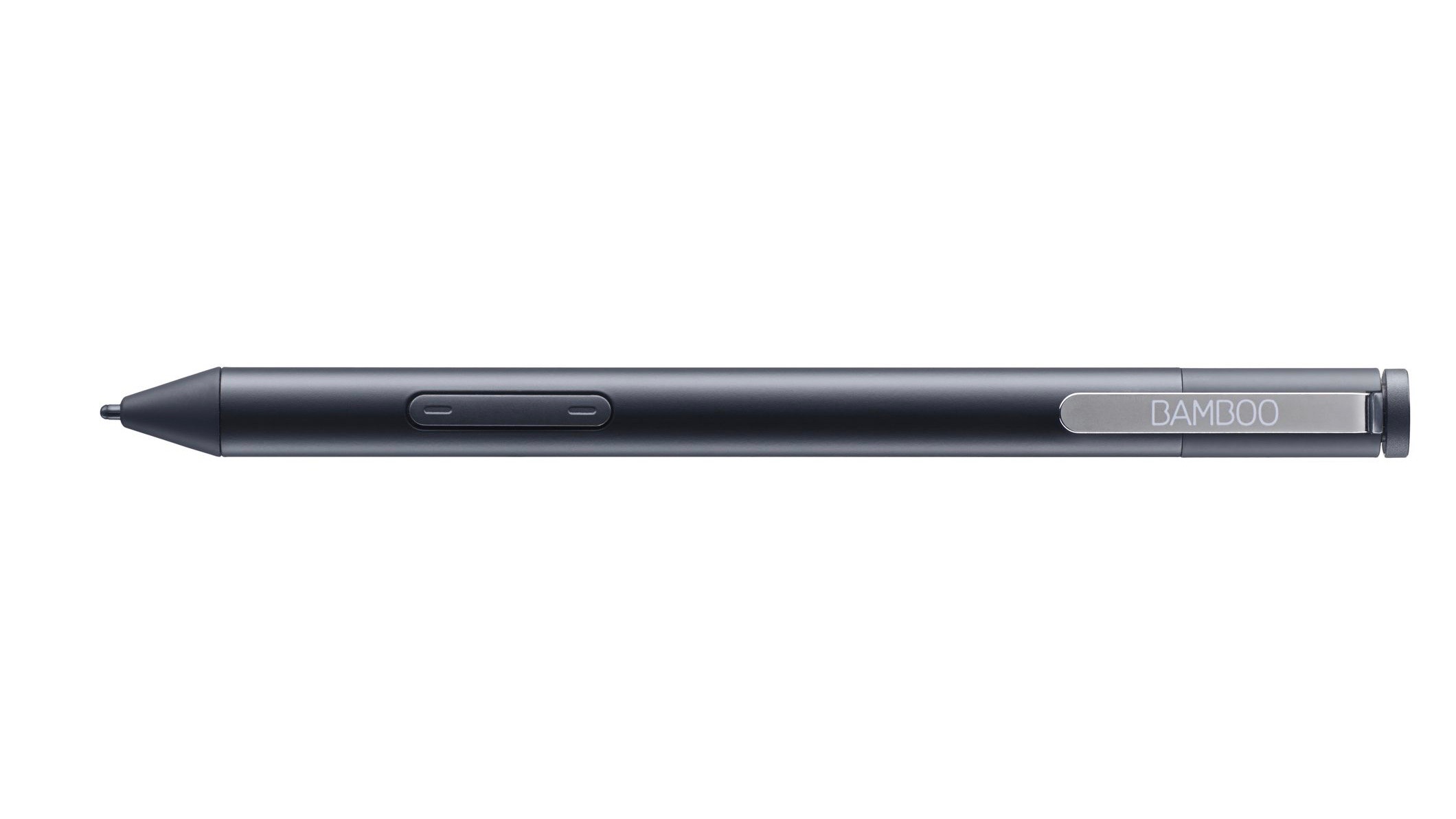 Early in 2017, Wacom and Microsoft put their heads together and came up with the Bamboo Ink, a smart stylus for Windows Ink Workspace that lets idea-makers capture notes, sketch ideas or mark documents across most Windows 10 platforms.

Designed to provide a customised, natural writing and sketching experience, the Bamboo Ink comes with three nibs – soft, medium and firm – allowing sketchers and scribblers to switch up the feel. The pen can also be used to navigate windows in Edge browser, write in text boxes, and plenty more besides.

The impressive two-in-one Surface Book 2 sits at the top of Microsoft’s hardware line up. Two models are available: 13-inch and 15-inch, although the 15-inch likely won’t be available in the UK or Australia until 2018.

With Core i7 and i5 processors, both models are more powerful, thinner and lighter versions of the original Surface Book – our laptop of 2017. The smaller 13.5-inch PixelSense LCD touch display is stunning, with bright, accurate colours – and its compromise on power means it can have a fanless design, so it runs practically silently.

Both models boast brilliant battery life and the docking mechanism is significantly more stable, too. An updated stylus with quadruple the pressure sensitivity of the last pen is also available, just be aware it's $100 extra.