Blog
You are here: Home / Blog / Random Stories / The best Bluetooth speaker in 2018

Bluetooth speakers are one of 2018's must-have gadgets. And with such a broad range of uses, from annoying people on public transport, to delivering high-def audio in design studios, the sheer breadth of options makes the task of choosing the best Bluetooth speaker a difficult one.

The best wireless headphones in 2018

Ultimately, though, it’s all about how a speaker sounds. And whether you’re looking for a Bluetooth speaker for your home, studio, or something super-portable, we’ve got you covered.

Which Bluetooth speakers should you buy?

Choosing the best Bluetooth speaker isn’t just about the quality of the device – it’s also about the technology it’s using to pair to your audio source. All versions of Bluetooth are not created equal, and when it comes to specs, there can often be information that, if overlooked, can come back to bite you on the butt.

But other factors are important, too. How durable is the speaker? What is the battery life? How much does it weigh? And, ultimately, how does it sound? When it comes to range, most of these speakers will reach around 30m, but will depend on other factors such as interference; so consider how it’s going to be used.

Which are the best Bluetooth speakers?

Right now, the best Bluetooth speaker that combines audio quality, durability, and battery-life is the UE Boom 2. Its styling is idiosyncratic, and won’t suit everyone, but it’s loaded with features, and provides fantastic audio for the price.

In this post we’ve pulled together a selection of the best Bluetooth speakers, for a number of different scenarios, and pored over the specs to provide you with the most relevant information. 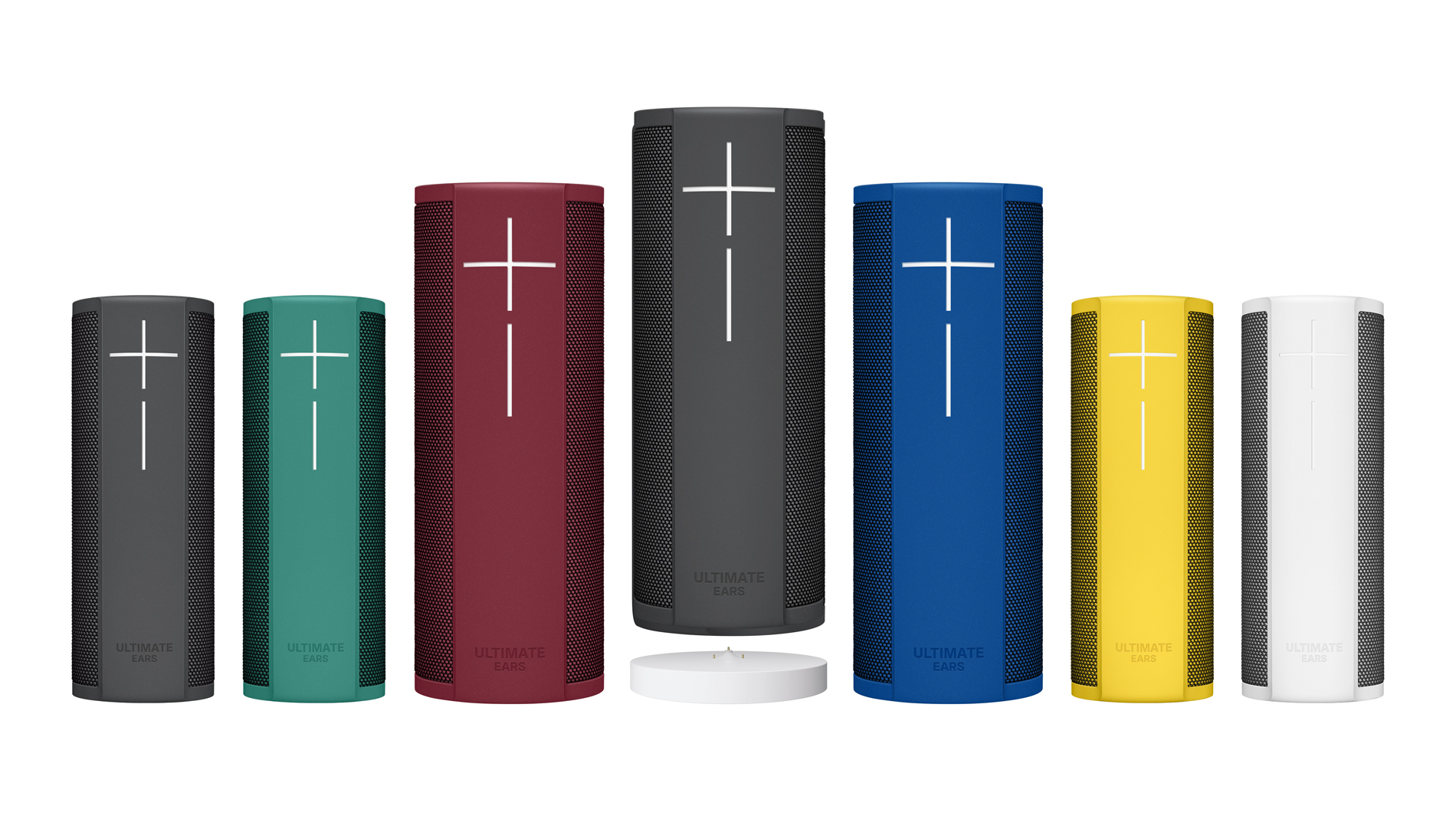 The best Bluetooth speaker overall: The UE Boom 2 builds on the success of its predecessor, with increased durability and some styling improvements – but it’s ultimately the same speaker that bagged a hatful of awards in its first iteration. Possibly the biggest improvement with the UE Boom 2, though, is the increased IPX rating (from 4 to 7), which means it can now be submerged for up to 30 minutes, and still keep on rocking. And through a companion app (for iOs and Android), you can also customise buttons, and even connect multiple speakers together via its ‘DJ’ feature, where other Boom 2 owners can add their own music to a group of connected Booms (but don’t worry; if you don’t like what you’re hearing, you can always boot them from your speaker party).

The UE Boom app also enables you to adjust audio settings, such as bass and treble, which really helps when dealing with bass-heavy music. The audio performance of the UE Boom 2 hasn’t just been improved via its software, though, and also features upgraded 1.75in active drivers, as well as 3in passive radiators.

Lastly, but by no means least, let’s look at the design. In most cases, this is the thing that first attracts people to the UE Boom 2. It’s colourful (with numerous choices), a little eccentric, and a welcome change to the homogenous aesthetic of most speakers. But, having said this, some may find the design a little too garish for their tastes. 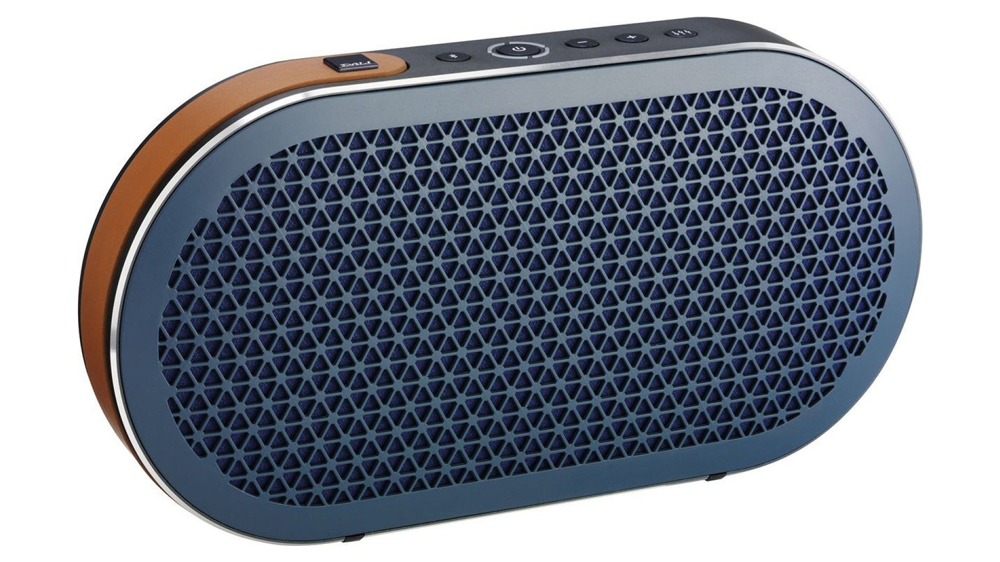 The best high-end Bluetooth speakers: We have a little confession to make: we have a serious soft-spot for the design of the Dali Katch. From its slim aluminium housing, to its leather carry handle, this is a speaker that oozes specs appeal. On its own, this wouldn’t be enough for inclusion, but it also sounds incredible (which for its slim design, is a serious feat of engineering).

Coming with two 21mm soft dome tweeters, two dual 3.5-inch woofers, and two passive bass radiators, this speaker packs a serious punch. But when things get bass-heavy, you’ll still be able to detect the mid-range—and this thing can go seriously loud, too! You can’t edit the equaliser settings with the Katch, but it does have two pre-sets: Clear and Warm (for bass-heavy audio). And between them, they’ll cover most tastes.

Lastly, if you are pairing with a device that supports aptX, then you have the added bonus of being able to play high-definition audio through the Katch, which takes it to another level of audio performance. 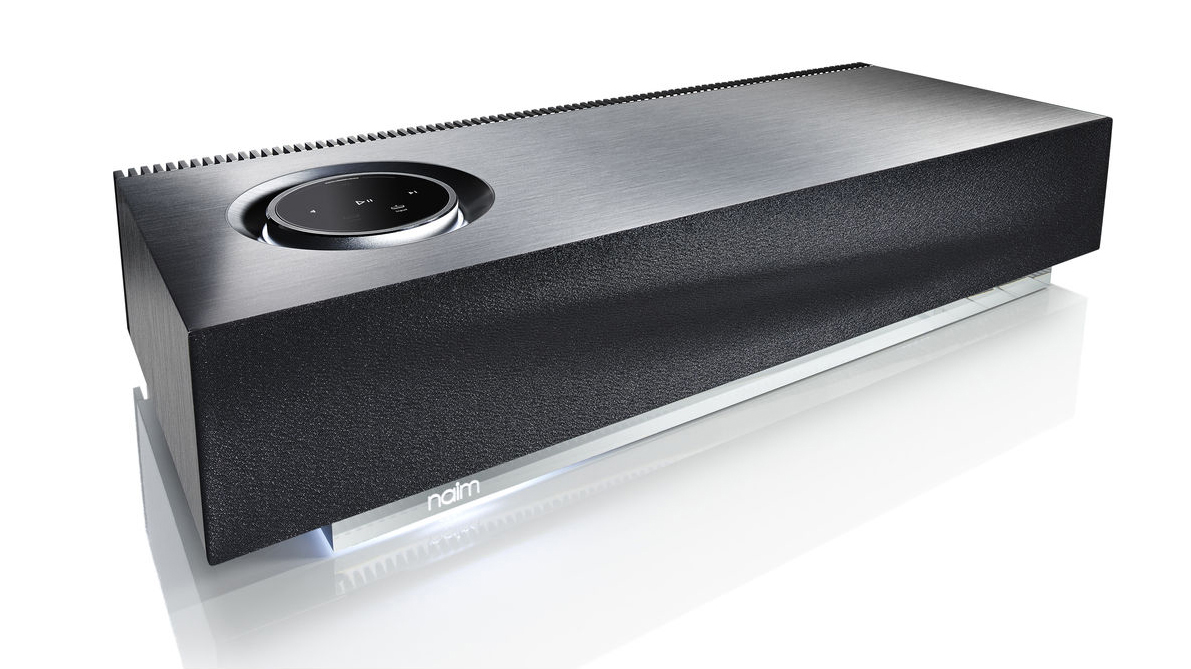 The best Bluetooth speakers for home and studio: This is a category with two big hitters: the Zeppelin Wireless from Bowers & Wilkins, and the Naim Mu-so. For cost and performance alone, we’d recommend the Zeppelin, and you can get more details in our best wireless speakers for 2018’ post.

But if cost is no issue, then the Naim Mu-so tops our list. Make no mistake, though: weighing in at 14.8kg, this isn’t a Bluetooth speaker that you’ll be slinging into your backpack anytime soon (not unless you’re in training for an endurance competition).

Building on Naim’s high-end audio heritage, there’s little to give away the Mu-so’s digital make-up. An aluminium body encases an MDF cabinet, which, as well as providing audio dampening, also adds some serious weight to the unit. Elsewhere, recessed LEDs provide a visual cue when connecting, but sit behind the front grille, for a truly minimalist look. And the last design element of note is the main volume control, which will appeal to nob lovers everywhere (comprised of a solid ring of bead-blasted anodised aluminium).

Sound wise, the Mu-so’s power is something to behold, with six 75 watt amplifiers delivering a total of 450 watts (all controlled by a 32-bit digital signal processor, which Naim claims is capable of “millions of calculations per second”). And listening to music on the Mu-so, we believe them–it’s as close to audio perfection as you’ll get with a Bluetooth speaker (and comes with full support for AptX, too). 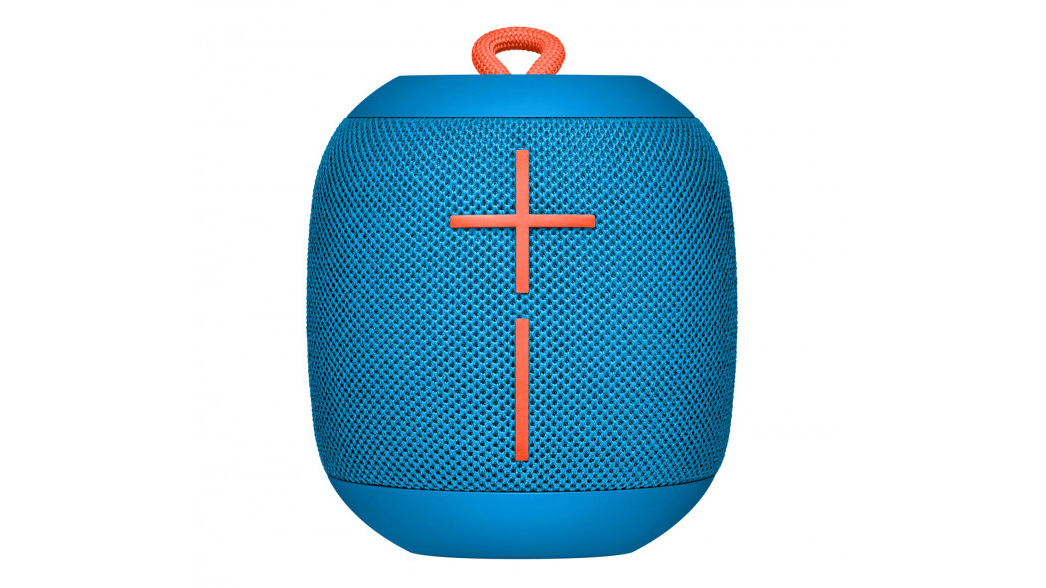 The best outdoor Bluetooth speakers: For this category, we’re going to make a few assumptions. The first is that – if you’re looking for an outdoor speaker – there’s a good chance you don’t want to spend a huge amount of money on it (because it will undoubtably be put through the wringer). Secondly, we’re going to assume that you want it to be fully-waterproof, because ‘outdoors’ often equates to ‘raining cats and dogs’.

With these factors in mind, the selection is seriously narrowed down, and this category is a toss-up between the JBL Charge 3 and the UE Wonderboom; but for its sheer cuteness and competitive price, we’ve opted for the latter.

You can’t talk about the UE Wonderboom without mentioning its looks (as we already have). Its stubby design is akin to someone over-pouring a bucketload of awesome into a drinks can, and then wrapping the whole thing in a mesh fabric, before finally topping and tailing it with a rubberised membrane.

The design of the Wonderboom means that you get full-360 degree audio, and thanks to its IPX7 waterproof rating it also means you can play catch with this thing in a swimming pool! It really is that durable.

On top of the speaker you’ll find buttons for power, pairing and playback, and you can even connect two devices simultaneously, for easy audio switching. And whilst the UE Wonderboom sounds great, it doesn’t have the high-end bass support of the JBL Charge 3, but it handles mid-ranges brilliantly, and given that it’s almost £100 cheaper, we’re happy to make the sacrifice on top-end bass. 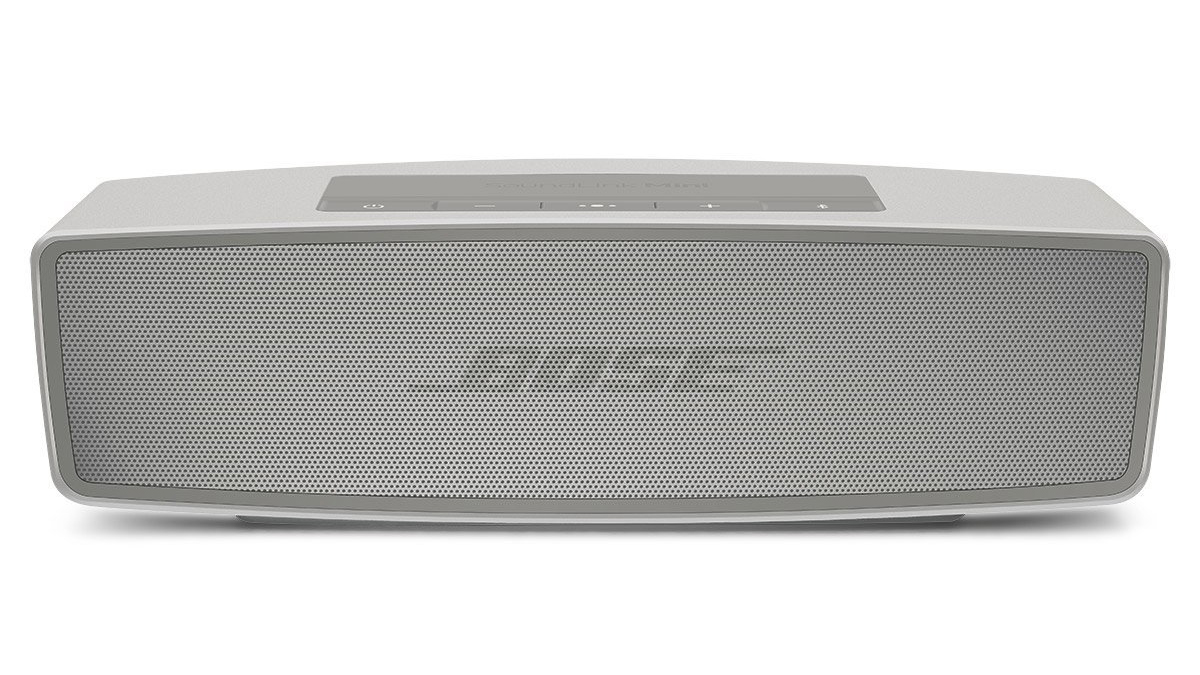 The best Bluetooth speakers for iPhone: You’ll be able to connect all of the Bluetooth speakers featured in this list via your iPhone. But, for this inclusion, we’ve tried to find a speaker that matches both the design and audio expectations of iPhone users, which is why we’ve turned to the Bose SoundLink Mini II. Styling-wise, it has a lot in common with the Jam Heavy Metal, including a hefty weight of 670g. It features a curved aluminium body, with grilles on the front and back of the device. And, like the Heavy Metal, it also handles bass extremely well (better than the Heavy Metal, in fact, which is no small feat).

Standard control buttons sit on top of the device, and in its second iteration the Soundlink Mini II ditches the dedicated Aux button in favour of auto-switching when a new device is plugged in. This is a nice addition.

The only downside to the Mini II is that, for the price, we’d expect support for aptX, which has been omitted. However, despite this small gripe, if you’re looking for a speaker that’s a step up from the competition, and will sit happily next to you iPhone, this is it.