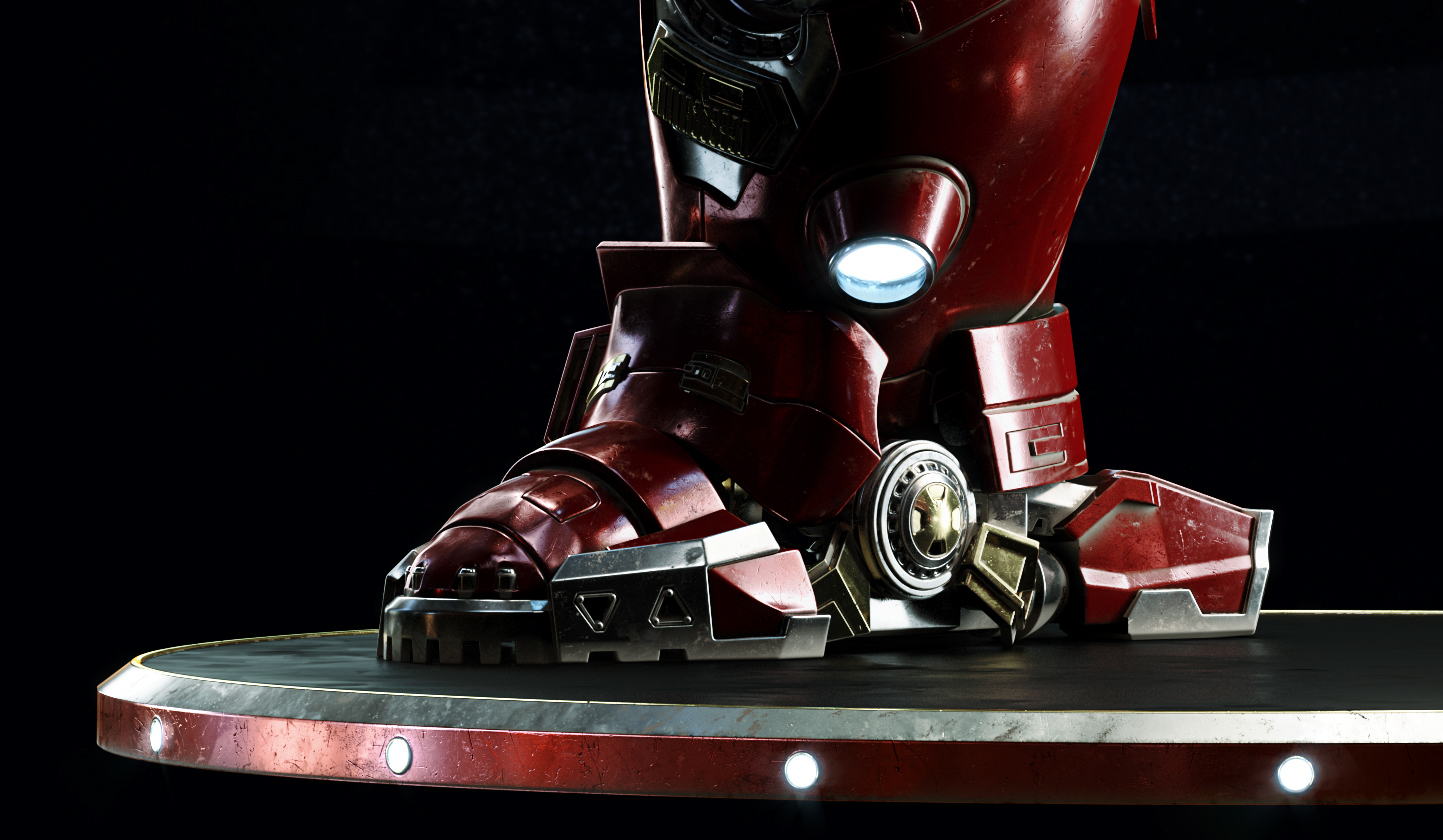 It never ceases to amaze me the level of quality that 3D artworks have gotten. Dan N shared this incredible character design project that took him a few months to complete. It is titled “Hulkbuster” and it’s the Iron Man Armor: Mark XLIV. It’s hard to imagine that we all have access to tools to achieve this level of work and even more mind-blowing to think that you can simply just purchase the model to render it on your machine. If nowadays we can do this, imagine what 10 years from now will look like.

Better know as the “Hulkbuster” was a project I started a few months ago. My goals of this project was to see how far I could push shading inside of Redshift, without using any 3rd party applications such as Substance, Mari. ect. Also seeing how much detail I could include without doing any UVs and rely solely on Redshift’s Triplanar, Curvature, AO, Color Layer, Blend material, ect. to build detailed enough shaders all inside of Cinema 4D.

Graph for one of the materials, includes procedural grime, dust, and dirt layered in the crevices based off curvature and AO maps.

A little breakdown of the procedural setup for the change in reflection color. Also got some requests to share the setup so I made a simplified version of it to download.