It's been a rough week for people who are overly attached to Android and iOS app icons. Not only were youngsters sent into a tailspin when Snapchat updated its icon, but now it's the turn of Skype users to go through the pain of watching their beloved app get a visual update.

That's because Skype has got a new icon on iPhones and iPads. It's part of a larger aesthetic overhaul of Microsoft Office icons, which has been in the works since last year. And while the new icon is arguably more noticeable than the Snapchat update, is this redesign a case of users getting angry over nothing? 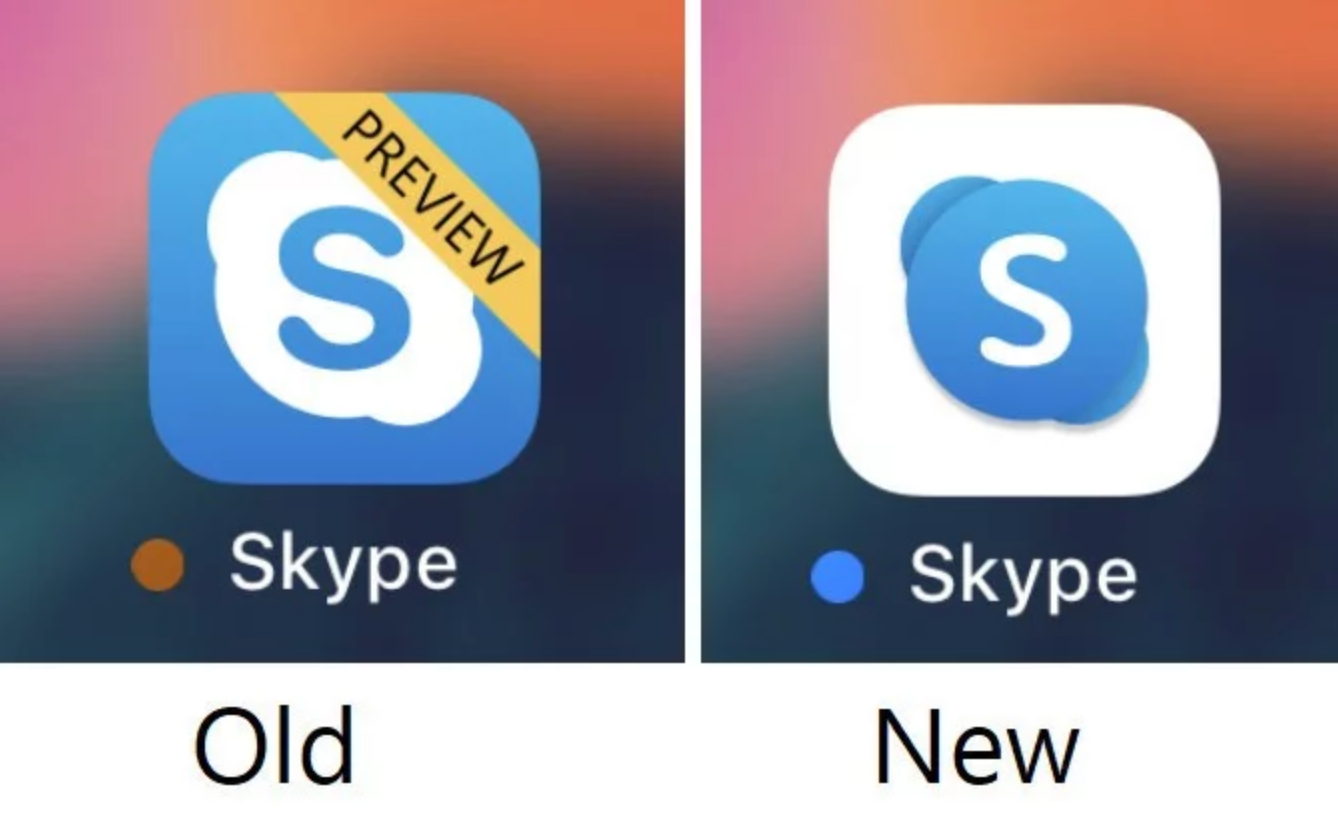 In the redesign we can see that it's inverted the colours of the previous app icon, so now the S is white and the circular background is a blue gradient. The new Skype icon is in line with Microsoft's Fluent Design System and will roll out to all platforms in the next few weeks.

As is often the case with redesigns of familiar products, the new icon has provoked a negative reaction from users. Plenty were quick to point out that the new colour scheme makes the telecommunications application look suspiciously similar to Facebook Messenger. Meanwhile, others noticed that the sizing of the new icon made it appear bloated and overweight, leading to them to consider removing it from their devices altogether – a response Skype probably wasn't going for.

Let's just hope people aren't jumping ship too soon. The updated icon is part of a wider upgrade to the app that sees Microsoft fix some of the bugs that have plagued previous iterations. So while it might take a while to get used to the new icon, at least Skype will work better than before.

In the cut-throat and fickle world of communications apps though, maybe this will be the nail in the coffin for Skype. After all, it's been flagging behind Whatsapp and Facebook Messenger for some time now. Or perhaps new features, such as Microsoft's plan to allow Skype users to make VoIP calls to each other in the start of 2020, will give the app a new lease of life.