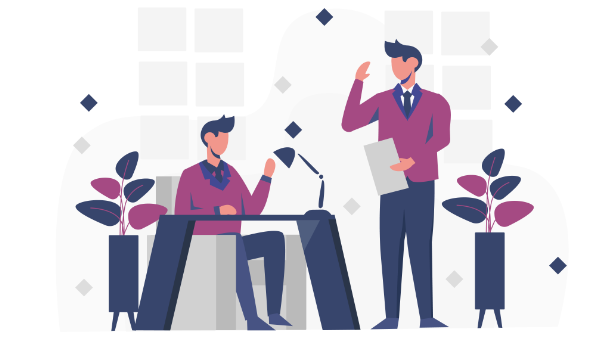 How do they do it?

“How is [insert developer name] able to attract the promotions and job offers they’re getting? Their work is trash; I’m a much better developer! I work twice as hard, write better code, and produce 2x more work than they do? This is completely unfair.”

You’re right, it is unfair.

This is a serious career problem, assuming that you’ve made an accurate assumption about your skills and performance. Seriously, what gives?

Why most developers optimize for the wrong goal

It’s a common mistake made by many employees in general. Here’s a quote from Reddit user Myidiotbox that encapsulates both the attitude of many employees and the response they receive in return.

This is the unspoken attitude lurking beneath for many people.

“I’m working really hard so I deserve X. I did my job well so I want Y.”

Here’s the problem with this attitude.

It takes you further away from the goals you want (such as being treated well, making more money, achieving significance, and so on). This perception is the primary reason so many developers fail to achieve the career goals they aspire to.

Here are the goals (if you can call them that) a healthy employer looks for.

There’s a mismatch here. The vast majority of people are struggling with Dunning-Kruger effect and are prone to overestimate their competence. They believe they’re doing a better job relative to their peers.

Here’s why this is an issue. This mismatched thinking puts you at odds with your employer. This creates significant problems down the line, too, because it turns employees (you) in to mercenaries over time.

If this sounds harsh, it’s not intended to be.

Here are some simple strategies web developers can use to attract the positions other developers want with minimal effort.

In 2013, Gallup worked with then Nationwide CEO Steve Rasmussen to improve employee engagement. In the course of their relationship, Rasmussen shared a surprising observation.

Employees are either patriots or mercenaries.

Patriots totally identify with their company, and mercenaries are more likely to focus on personal outcomes.

It’s no surprise then that they’re disengaged.

If the interests of the firm happen to align with their own interests, they’ll do what’s best for the firm. But they’re not really focused on putting their firm ahead of themselves.

Most of the time they can’t.

Why? Because their employer is a mercenary: these employers are focused on squeezing as much value as they can out of their employees. Then, they’re tossed aside once they’re burned out and used up.

You’ll want to stay a patriot.

This means you continue to buy in to your company’s vision. You continue to believe in your employer or co-workers and you look out for them. The instant you can’t do that, you start looking for another job. Here’s why it’s important to remain a patriot.

Intention has a smell.

The exceptional opportunities, benefits, and rewards go overwhelmingly to people who like, trust, and believe in you. These people can smell your intentions, partially due to the fact that humans communicate chemically.

Additionally, there’s a certain kind of tone, inflection, attention, and posture that’s communicated when we’re actually interested and engaged in something. If you’re like most humans on planet Earth, you know what that looks like. The better you are at remaining invested in your employer and co-workers — helping them solve tough problems, sticking with them through bad times — the easier it is win these coveted positions.

Continue reading
Simple Strategies for Winning the Positions Other Developers Want
on SitePoint.

This Week In Web Design – May 1, 2020 How to Use jQuery’s $.ajax() for Asynchronous HTTP Requests
Scroll to top