It's very rare that we get particularly excited about stamps, but the latest set of designs from the Royal Mail seems to have been laser-targeted directly at the soul of anyone who grew up within reach of a home computer within the past 30 or 40 years.

This new set of pixel art stamps celebrates the golden age of UK video games in the 1980s and 1990s with designs based on some classic games from the era, and there's certain to be something in there that'll tickle your retro fancy.

The stamps were designed by Supple Studio and Bitmap books and there are 12 in total; four of them dedicated to the Tomb Raider series that ruled the gaming roost from the mid-90s onwards, plus another eight stamps celebrating a selection of 8- and 16-bit gaming classics from the olden days.

The 10 best stamp designs inspired by TV and movies 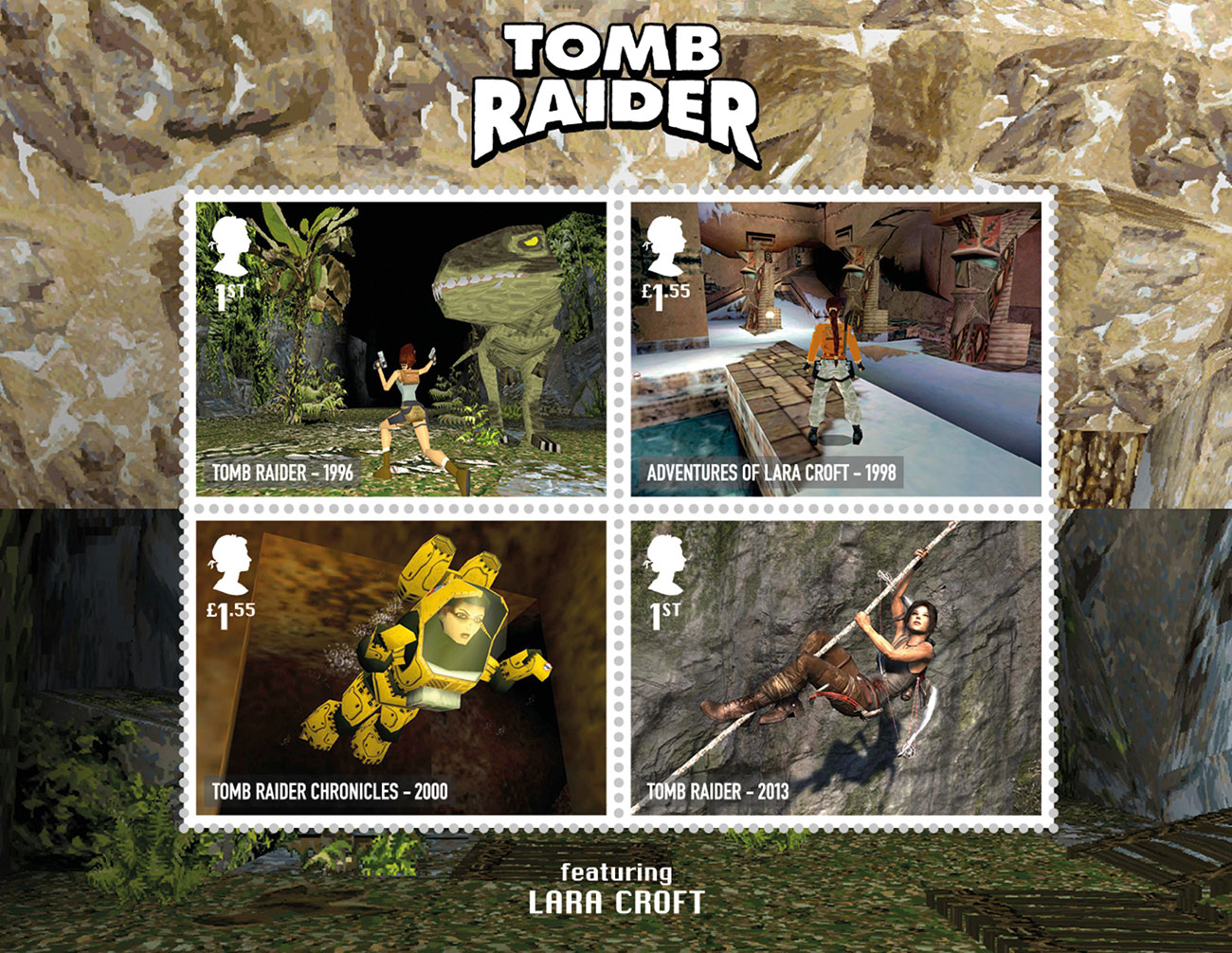 The original Tomb Raider was great, but the series spent a long time being a bit rubbish

The trouble with putting together a list of just eight titles is that you're going to annoy just about everyone on the internet who doesn't agree with every single pick on the list. However, this is a pretty strong selection with some great titles represented.

The list kicks off back in 1984 with a gaming brand that's still going strong today: Elite, an epic game of space exploration, trading and combat set across a massive procedurally-generated galaxy. Its wireframe looks may not have aged well, but this was cutting-edge stuff back in the day, and we're pleased to note that the Royal Mail has used a shot of the original version on the BBC Micro. 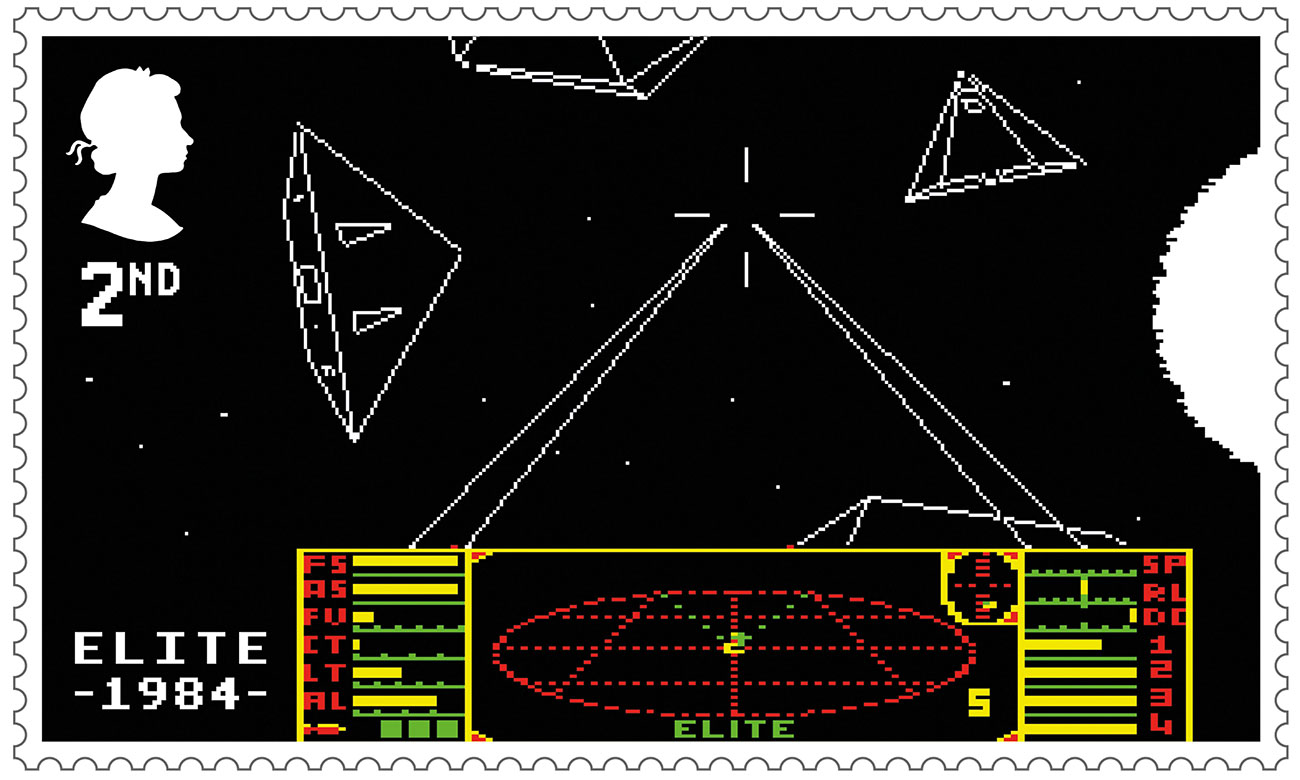 Other stone-cold classics in the collection include the all-conquering Lemmings, which arguably sowed the seeds of the Scottish games industry, and Wipeout, a high-speed racer for the Playstation that instantly established the platform's street cred with a thumping dance soundtrack and an impeccable visual identity crafted by The Designers Republic. 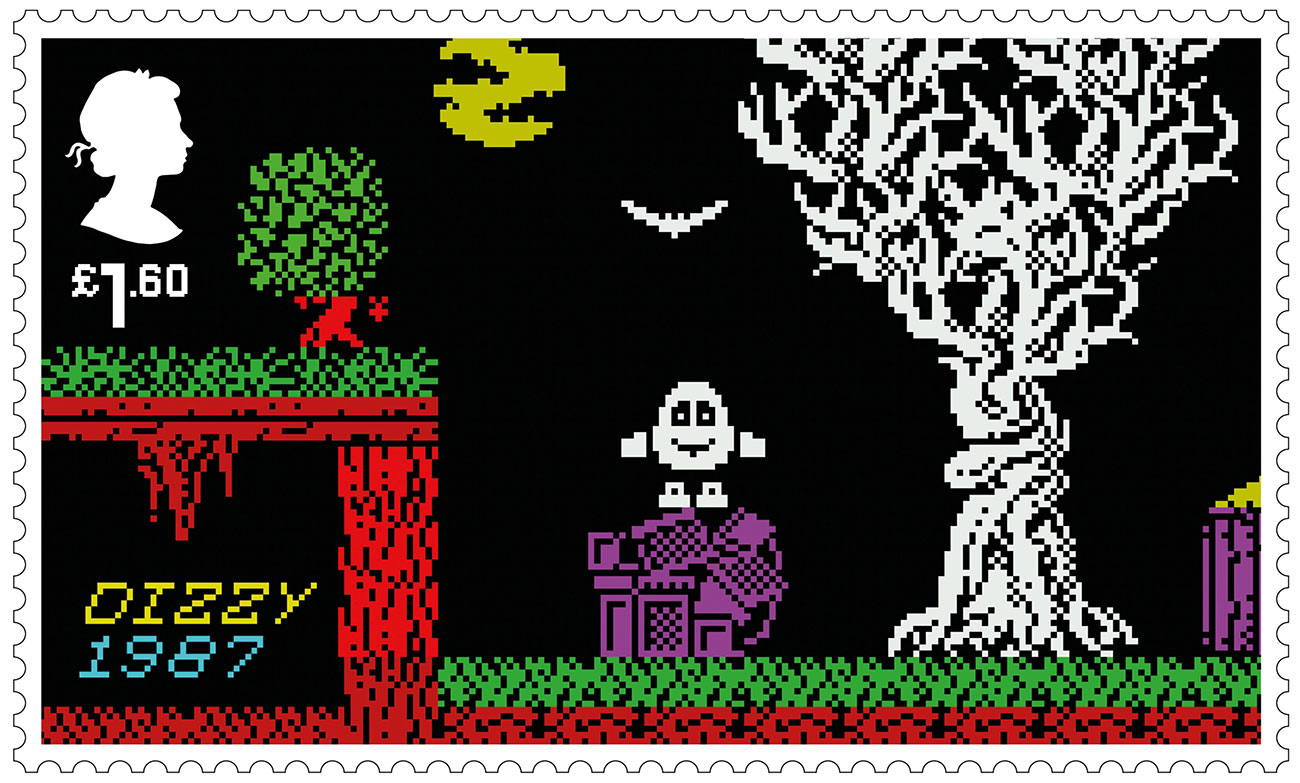 We won’t eggs-actly be scrambling to pay £1.60 for this

While we could happily sit and bore you in the pub for hours about the outrageous omission of titles from companies such as Ultimate Play The Game, Llamasoft and Ocean, on the whole this is a pretty good selection, with strong imagery and fat, chunky pixels accurately conveying the experience of playing games way back in the mists of time. It's a shame that the silhouette of the Queen isn't pixellated, but we imagine there are special rules about that sort of thing.

Our only real argument with the look of these stamps is with Wipeout, which definitely looks like it was taken on an emulator running at a much higher resolution than the original Playstation. But Wipeout's a game that looks much better in motion than it does as a static image, so we'll let that one pass. 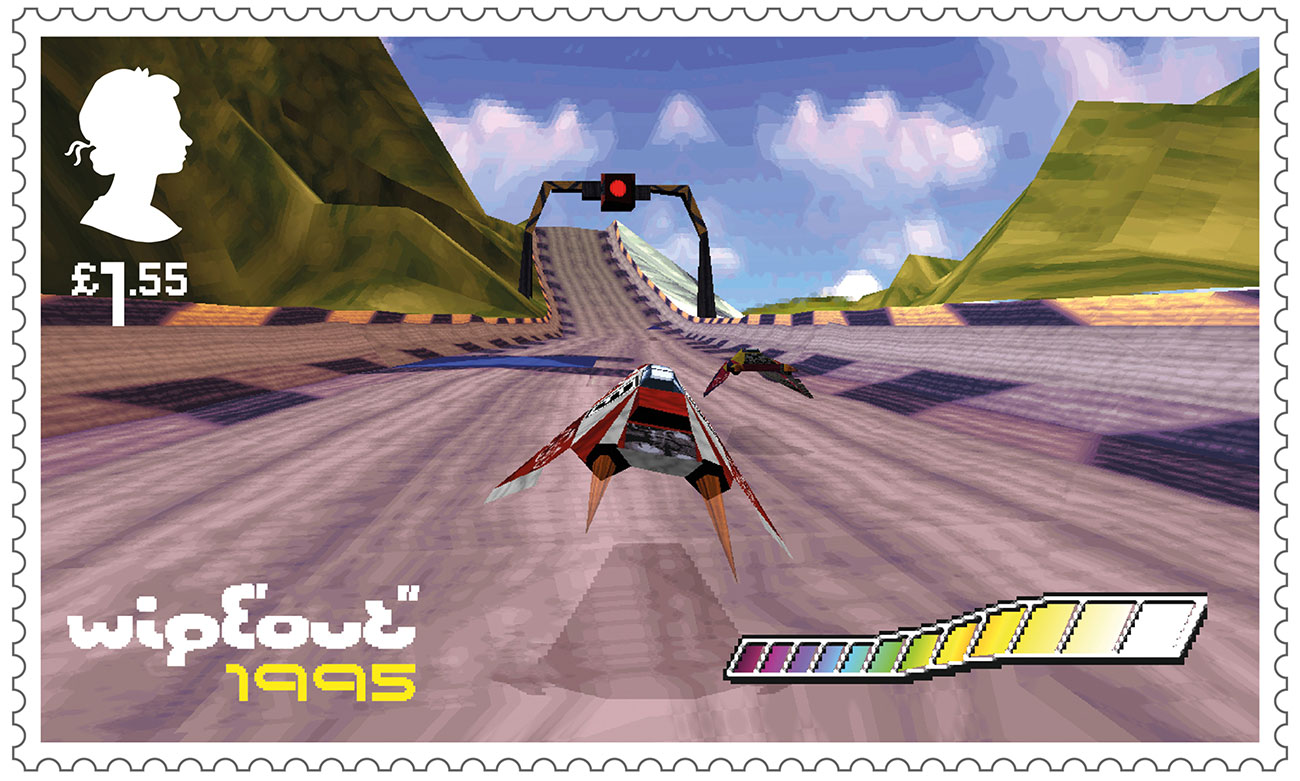 No way is that running on a PS1

These brilliantly retro stamps go on sale on 21 January; to find out more and pre-order all manner of special presentation packs, head for the Royal Mail's video games page. And if all this retro gaming talk has inspired you to try out some old-school gaming, the Internet Archive has a huge collection of titles you can play in the browser; head this way for a whole stack of ZX Spectrum classics.