The June edition of the New Yorker has been released, with a cover devoted to the history of violence inflicted on black people in the United States. Entitled 'Say Their Names', the powerful illustration features George Floyd, the US citizen recently killed by a police officer in Minneapolis. It shows his body imprinted with images of individual victims, placards, scenes from history and pertinent symbolism.

Kadir Nelson's cover art is interactive and can be explored on the New Yorker's website, which describes the feature as a "closeup examination of the artist’s latest cover, in which the murder of George Floyd embodies the history of violence inflicted upon black people in America". As you click through the page, you find out the individual stories of the 18 black Americans featured. 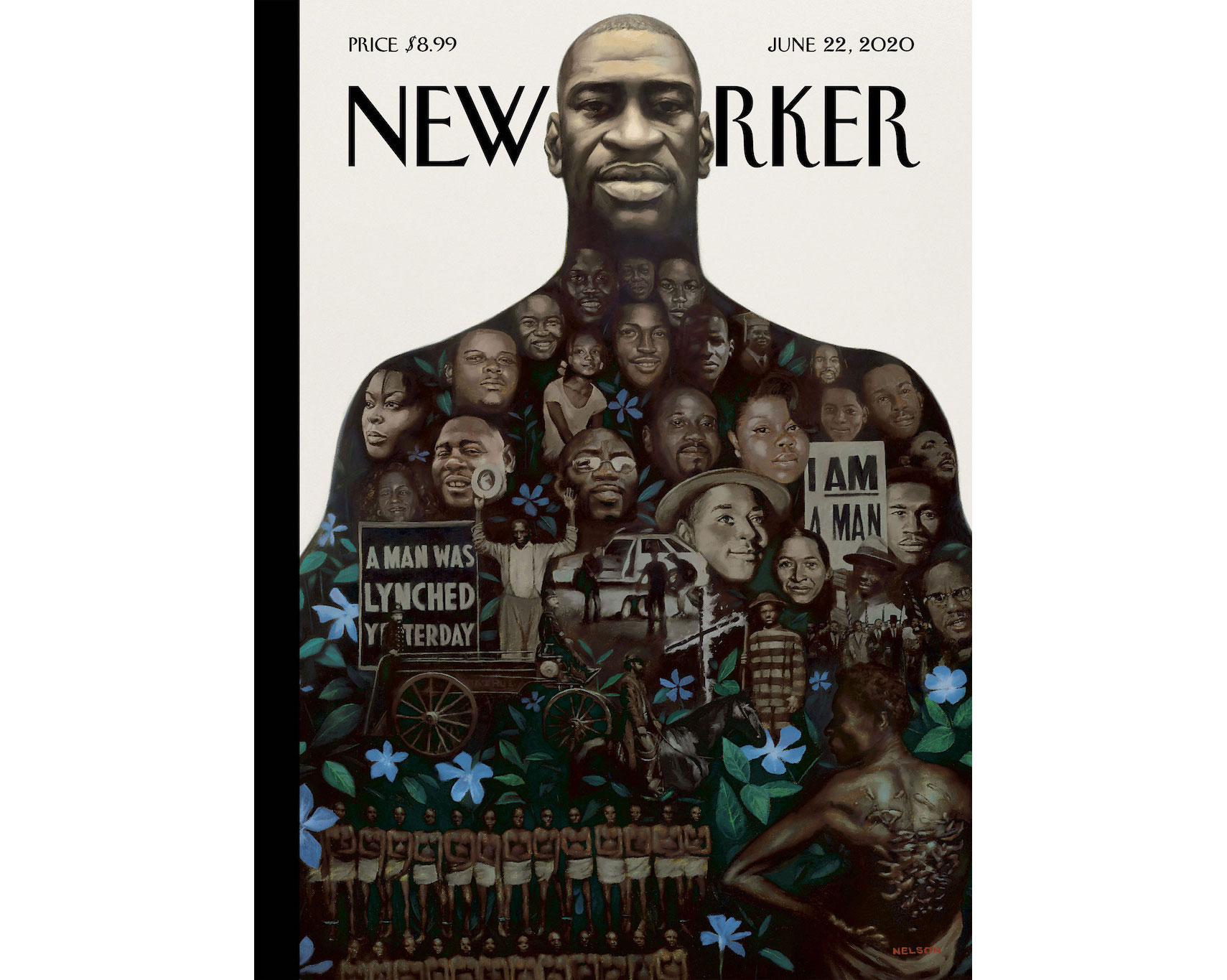 Prominent activists such as Martin Luther King JR and Malcom X – who were both assassinated in the 1960s – are included in the piece, and other victims include seven-year-old Aiyana Stanley-Jones and twenty-two-year-old Stephon Clark, who were both killed in their own homes in the last decade. The final annotation included in the interactive feature is the story of an escaped slave – known as Gordon – whose image was circulated as a key part of the abolitionist movement because of the shocking lacerations on his back.

Nelson has depicted moments of historical significance too, including the March from Selma, and the Tulsa Race Massacre, while the 'I Am A Man' placard reflects the protest signs carried by sanitation workers during the Memphis strikes.

The mostly monochrome piece is interlaced with blue Periwinkle, which represents the millions of black people who died as slaves in the USA. Periwinkle was often used as a burial flower, and was often the only sign of a burial plot in the case of the resting place of many slaves.

Nelson is well-known for his work depicting African-American history and culture. His work is often featured on the cover of the New Yorker, and he has also created cover art for National Geographic (see it above), Ebony and Marvel, amongst other publications. Nelson is one of the many creatives standing up in the fight against racism, in response to the killing of George Floyd and support of the protests currently taking place globally.