Blog
You are here: Home / Blog / Random Stories / Pokémon fans are losing it over Grand Oak

The world, it seems, can never have enough Pokémon games. Ever since 1996, Nintendo's been pumping them out on a regular basis; not only have there been far too many standard Pokémon titles over the years for us to count, there have also been assorted spin-off games and mobile apps. That's a lot of Pokémon.

A brand new title, Pokémon Home, has just launched on Nintendo Switch (and also on iOS and Android), and it's already got people talking. This one isn't a game; it's more of a cloud service that enables you to move and trade your Pokémon from various games, but that's not what's got Pokémon fans excited.

No, the real talking point surrounding Pokémon Home is about an unlikely piece of character design relating to series stalwart, Professor Oak. Oak, we're sure you all know, is a sensible-looking, mild-mannered Pokémon Professor and former trainer who gives you your first starter Pokémon in many of the games. In Pokémon Home, however, there's a new character: Grand Oak. And he's causing quite a buzz. 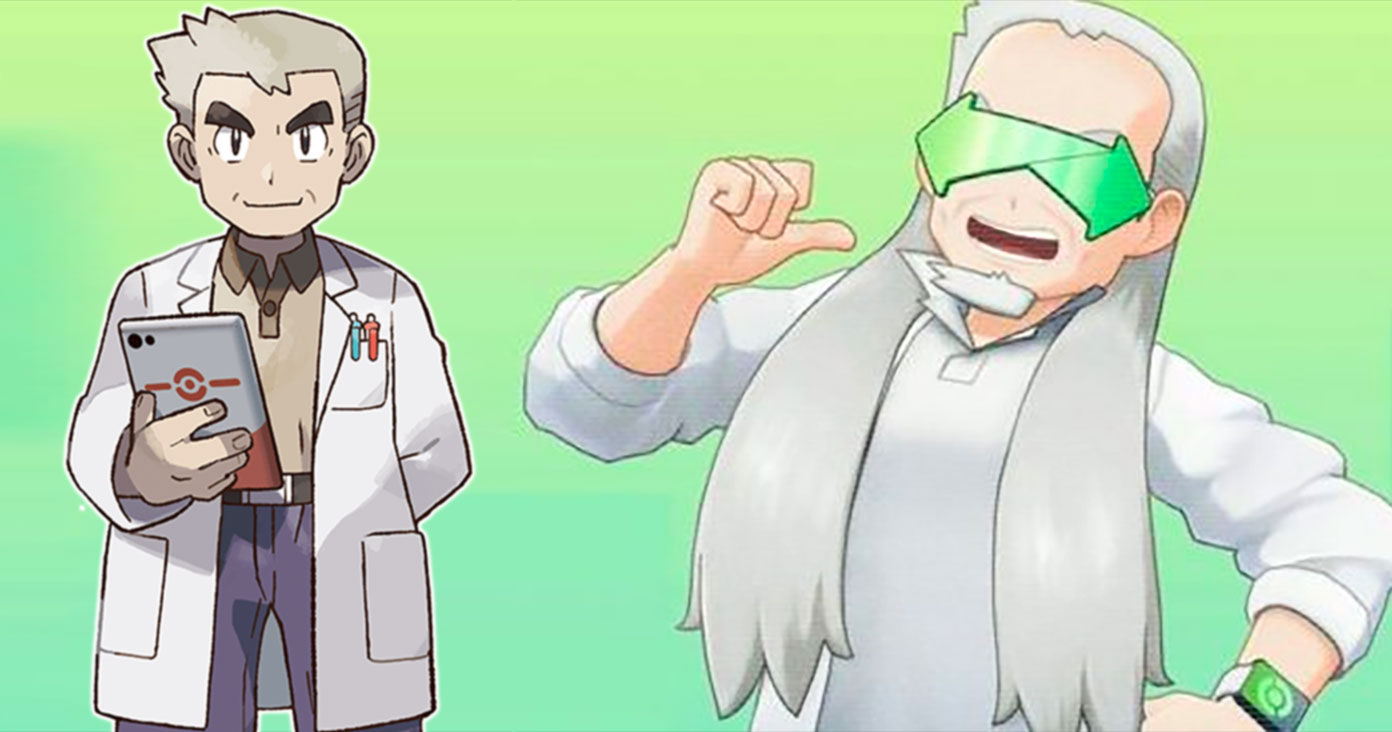 While Professor Oak is the sort of person you'd definitely find in the kitchen at parties, Grand Oak is nowhere near as retiring. A self-styled great Pokémon researcher, he looks like Professor Oak might if he had a life-changing experience on holiday in Ibiza and then spent the next six months partying hard and finding himself, man.

Gone are the sensible haircut and lab coat; Grand Oak rocks a pair of killer green shades, a soul patch and the sort of mullet that hasn't been seen in the wild since the late 1980s. The kind of mullet that Pat Sharp or Andre Agassi could only aspire to.

There's no arguing that Grand Oak looks like he means business, and he's definitely on a mission. Within the Pokémon Home story he's the creator of this online system, and he's determined to create the ultimate Pokédex by cataloguing all the Pokémon uploaded to Home. And with his resemblance to one of the 20th century's great scientific minds, who's going to argue?

We just hope his attention doesn't wander. It's not that we doubt his abilities; it just looks like he might have other things on his mind at the moment.

But, you know, as long as he's happy then that's just fine by us.

If you want to hang with Grand Oak then head for the Pokémon Home site. And if you haven't got a Nintendo Switch yet, see today's best deals below.