Blog
You are here: Home / Blog / Random Stories / People drew car logos from memory and the results are hilarious

We like to think we're pretty knowledgeable when it comes to logos and branding, but as a new study has shown, drawing even the most recognisable logos from memory can be a tad harder than it looks.

Vanmonster recently asked 100 members of the British public to draw several famous car logos from memory, and the results range from impressively accurate to hilariously off. They also serve as an interesting insight into which logo elements are ingrained into the public consciousness, and which are more forgettable than the manufacturers might like to think. For some of the most memorable logos ever, check out our best logos of all time.

We'll start with perhaps the simplest logo on Vanmonster's list. Surely Audi's four intersecting rings (below) are impossible to forget? To be fair, the vast majority of entrants got this one right, and most slip-ups are at least ring-related (Audi's and the Olympics' rings are similar, we'll give them that). As for those towards the bottom-right (Vanmoster lists the drawings from 'most accurate' to 'least accurate'), a few seem to have mixed up Audi and the Avengers. They both begin with 'A', we guess. 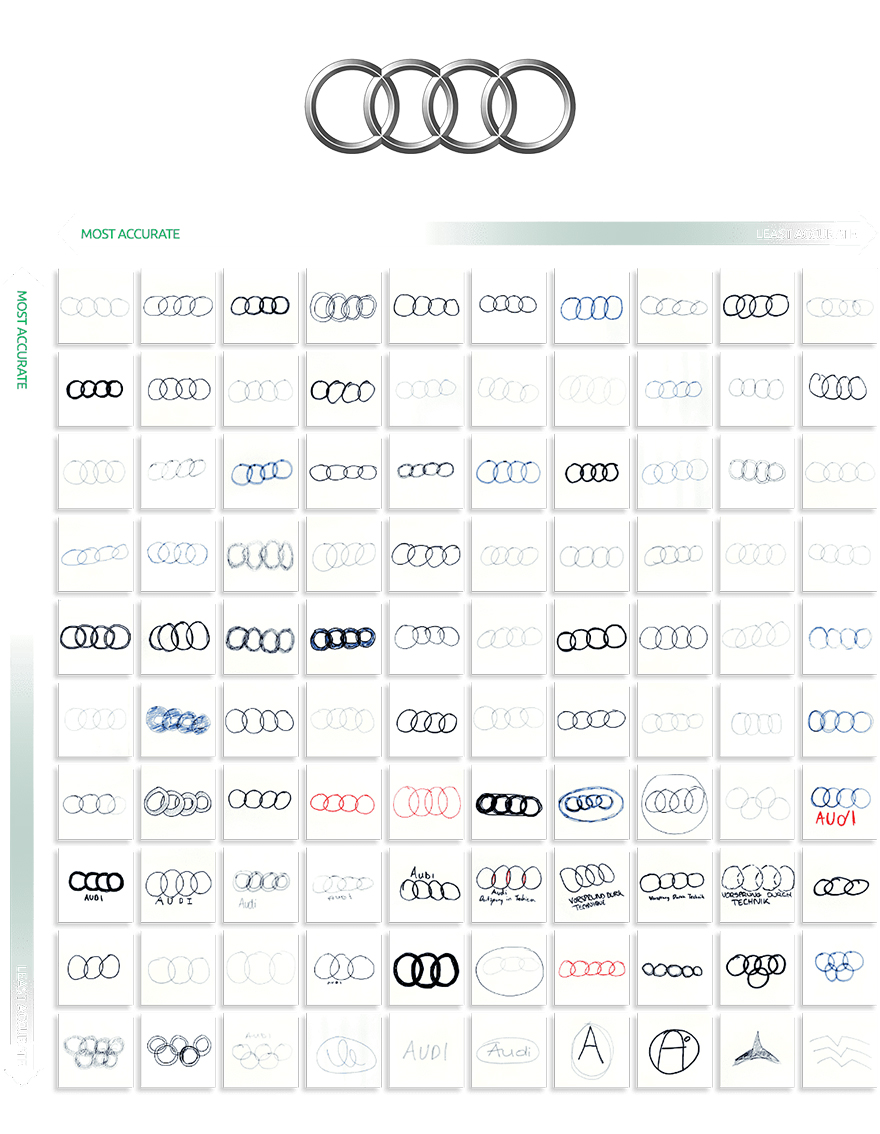 Most of these look about right

On the other end of the spectrum, the Alfa Romeo logo is probably the most complex on the list. Unsurprising, then, that most got this one wrong. 74% of entrants forgot to include the red cross, 63% forgot the green snake and a whopping 75% didn't include the shield. Our favourites are probably the three 'least accurate': two question marks, and one which simply says, "animals of some sort". 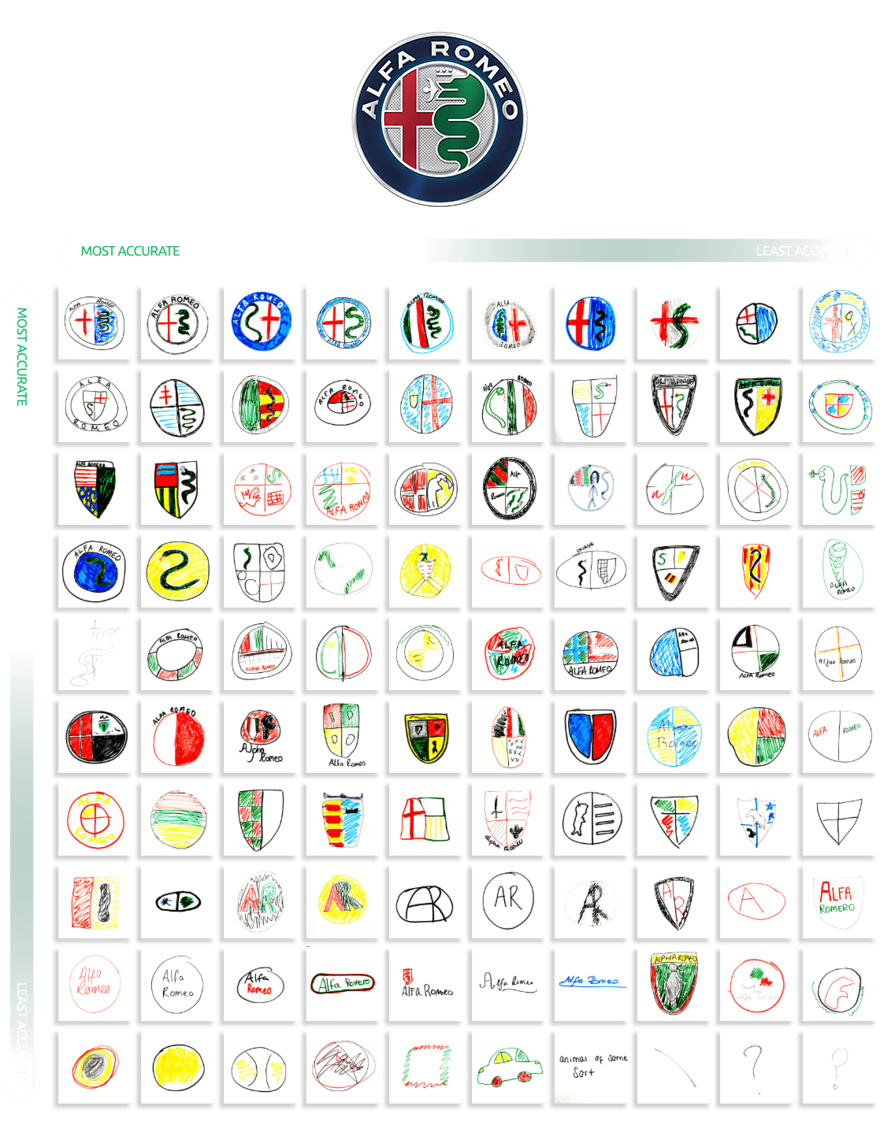 As well as showing all 100 entries for each logo, Vanmonster includes a handy gallery showing us the original logo alongside the most and least accurate attempt. Below are the best and worst attempts at BMW's logo (which recently underwent its biggest design change in over 100 years). 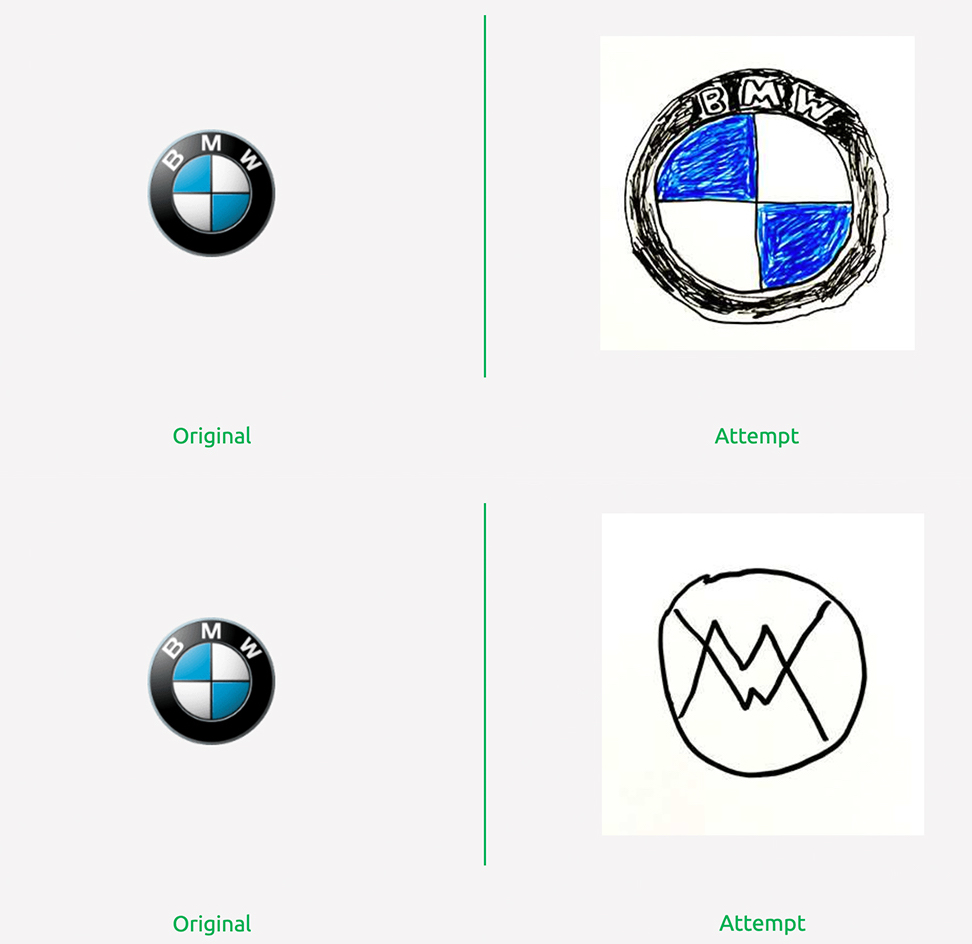 You can find the rest of the entries on Vanmonster's website, with logos including Renault, Toyota, Ferrari and many more. One thing's for sure, just like when 150 Americans tried to draw various (non-vehicular) logos from memory, this car logo test proves that the simplest are the most memorable. It's easier to recall rings than flag-snake-shield combinations.

Where to find logo design inspirationQuiz: Can you identify these original car logos?TrueCar rebrand fails to reinvent the wheel