Everyone loves a good pair of Chucks, right? Nobody wants to be seen in a pair of generic basketball shoes. And the latest All Star designs will leave no-one in any doubt that you're adorning your feet in a pair of genuine Converses, because they're decorated with an absolutely massive brand name.

As reported by Sneaker News, the latest addition to the massive Converse range is a set of stunning hi-tops that don't just feature the iconic Converse logo design, but also have the Converse name embroidered across both boots in an enormous script font, reminiscent of the Coca-Cola logo. The left boot has 'Conv' written along the side, while the right boot has 'verse' on it. 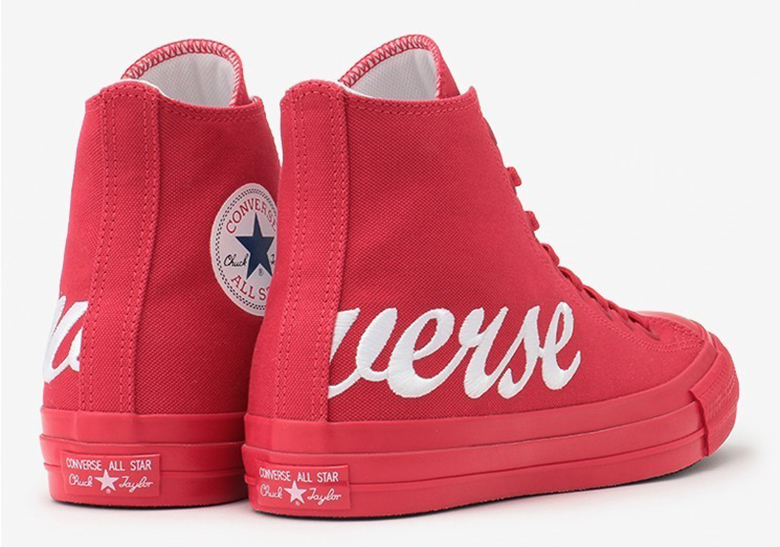 A big brand name is a hot look right now

So if you stand with your heels together and feet spread out, people standing behind you will be able to read 'Converse' across your new Chucks. Or actually, now we look a the designs more closely, it'll be more likely something like 'Conwerse'; the cut-off on the 'v' seems a little too generous for its own good.

Despite that little typographic niggle, this is a strong look for Converse. Supersized brand names seem to be a hot trend at the moment – see the recent Boots and Grolsch redesigns for great examples of going over-large with the brand name – and this is right on the money.

And there's more to these distinctive daps than their immense branding. They come in a choice of fantastic-looking single-colour designs: white, red or black (with contrasting text colour), and are made from a more durable canvas blend than your standard Chuck. 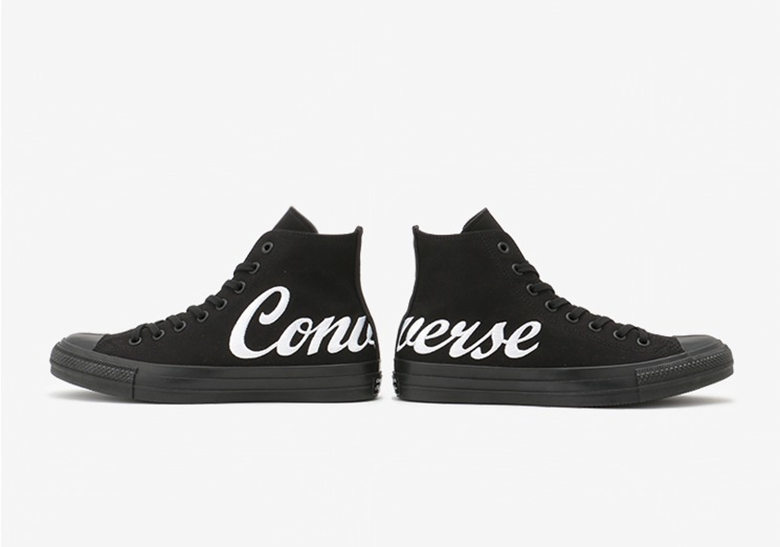 Sneaker News also reports that the insole is equipped with Nike's React cushioning, which you won't find in standard All Stars, only in Converse's new All Star Pro BB range.

These glorious new Converses are expected to go on sale at the end of the month; the only downside is that so far they seem to be destined for the Japanese market only. Of course, it could be that Converse simply hasn't got around to announcing them for the rest of the world yet. We'll be watching for further updates from Converse with suitably bated breath.