If you're feeling like the plot of 2020 is straight out of a dystopian drama, you're not alone. One Madrid-based advertising agency has turned the concept into a reality with a speculative poster campaign that places us all quite literally inside Netflix's next series of Black Mirror.

The ingenious poster (below), which has popped up at bus stops across Madrid, features the text: "Black Mirror. 6th season. Live now, everywhere", above a literal mirror. The darkly comic ad couldn't be simpler, and could well make its way into our favourite examples of billboard advertising. 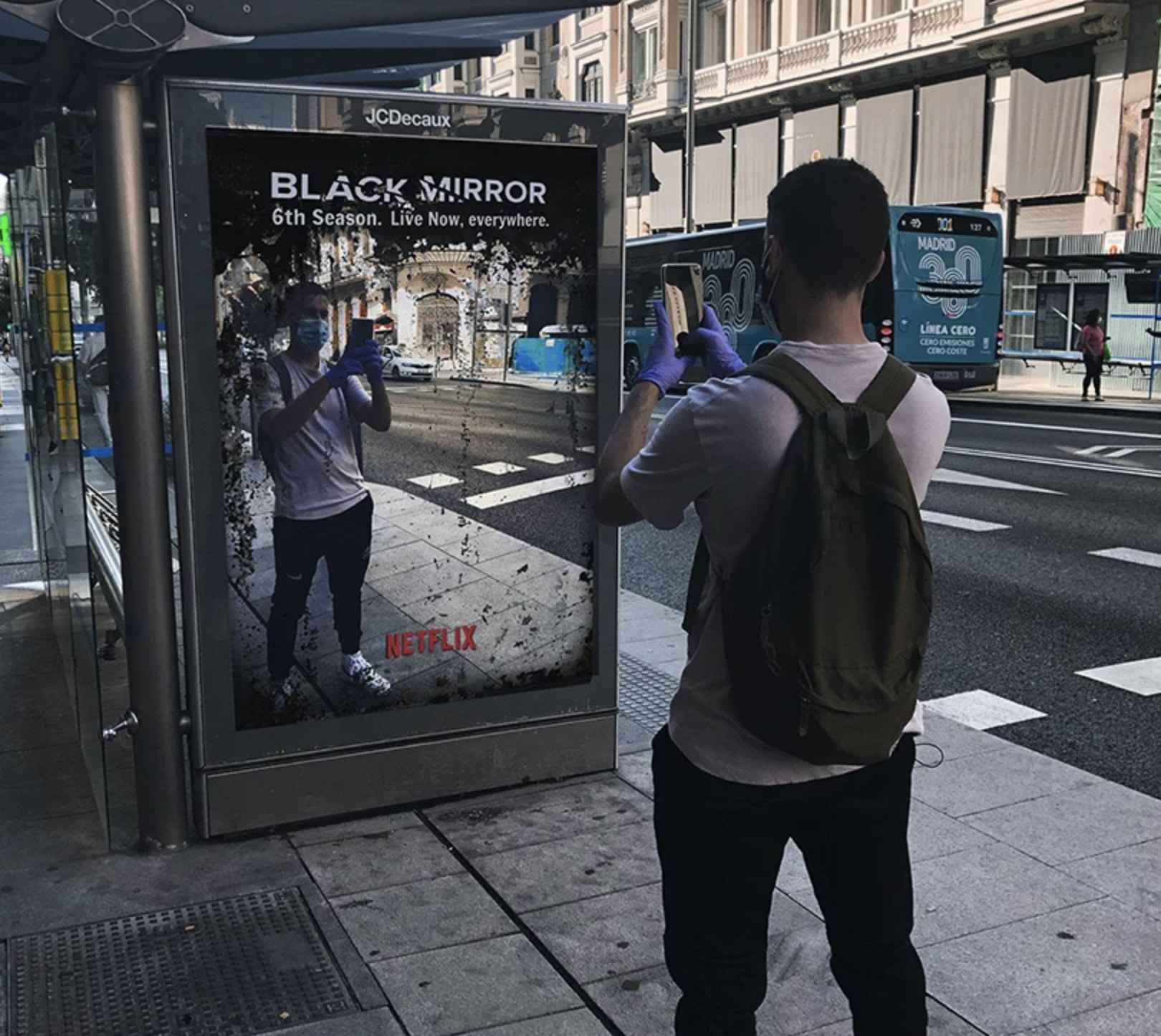 The ad works extremely well – not only because the apocalyptic vibe of these strange times seems lifted from one of Charlie Brooker's scripts (here's where to buy a face mask, by the way). The series is also known for its form-pushing experimentalism (such as its recent choose-your-own-adventure-episode), so the idea of the Black Mirror team letting a series play out in reality is somehow strangely believable.

Fortunately, there's no need to pinch yourself – Brooker recently told Radio Times he wasn't currently working on a new series of Black Mirror. "At the moment, I don’t know what stomach there would be for stories about societies falling apart," he said.

The joke poster, created by Madrid agency Brother, has been a huge hit online. "I need this to be everywhere," one Reddit user commented, "Let people laugh for at least a second." Others rushed to Netflix to check whether a new series had actually dropped: "I got excited and went to Netflix to find it, couldn't find it, Googled the release date, and only then did I realise."

We might not be living in a new series of Black Mirror, but it's certainly a new normal. Check out our guide to working from home more productively if you're stuck indoors, and if you fancy unleashing a little creativity, our how to make a face mask guide has you covered.