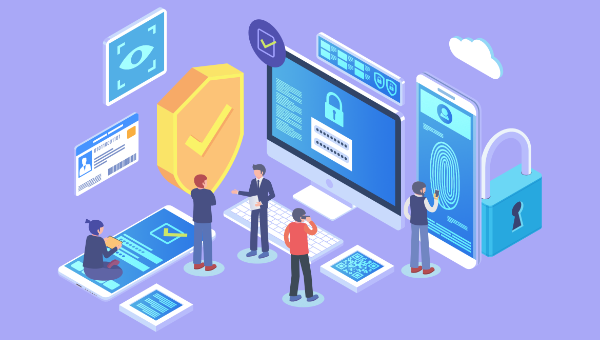 A common requirement when building a web app is to implement a login system, so that users can authenticate themselves before gaining access to protected views or resources. Luckily for those building Node apps, there’s a middleware called Passport that can be dropped into any Express-based web application to provide authentication mechanisms in only a few commands.

As ever, all of the code for this article is available for download on GitHub.

To follow along with this tutorial, you’ll need to have Node and MongoDB installed on your machine.

You can install Node by heading to the official Node download page and grabbing the correct binaries for your system. Alternatively, you can use a version manager — a program that allows you to install multiple versions of Node and switch between them at will. If you fancy going this route, please consult our quick tip, “Install Multiple Versions of Node.js Using nvm”.

MongoDB comes in various editions. The one we’re interested in is the MongoDB Community Edition.

The project’s home page has excellent documentation and I won’t try to replicate that here. Rather, I’ll offer you links to instructions for each of the main operating systems:

If you use a non-Ubuntu–based version of Linux, you can check out this page for installation instructions for other distros. MongoDB is also normally available through the official Linux software channels, but sometimes this will pull in an outdated version.

Note: You don’t need to enter your name and address to download MongoDB. If prompted, you can normally dismiss the dialog.

If you’d like a quick refresher on using MongoDB, check out our beginner’s guide, “An Introduction to MongoDB”.

Before we begin, let’s talk briefly about authentication choices.

Many of the tutorials online today will opt for token-based authentication using JSON Web Tokens (JWTs). This approach is probably the simplest and most popular one nowadays. It relegates part of the authentication responsibility to the client and makes them sign a token that’s sent with every request, to keep the user authenticated.

Session-based authentication has been around longer. This method relegates the weight of the authentication to the server. It uses cookies and sees the Node application and database work together to keep track of a user’s authentication state.

In this tutorial, we’ll be using session-based authentication, which is at the heart of the passport-local strategy.

Both methods have their advantages and drawbacks. If you’d like to read more into the difference between the two, this Stack Overflow thread might be a good place to start.

Once all of the prerequisite software is set up, we can get started.

We’ll begin by creating the folder for our app and then accessing that folder on the terminal:

To create the node app, we’ll use the following command:

You’ll be prompted to provide some information for Node’s package.json. Just keep hitting Return to accept the default configuration (or use the -y flag).

Now we need to install Express. Go to the terminal and enter this command:

Let’s do that. Run the following command:

When that’s done, create an index.js file in the root folder of your app and add the following content to it:

First, we require Express and create our Express app by calling express(). Then we define the directory from which to serve our static files.

The next line sees us require the body-parser middleware, which will help us parse the body of our requests. We’re also adding the express-session middleware to help us save the session cookie.

Then, we use process.env.PORT to set the port to the environment port variable if it exists. Otherwise, we’ll default to 3000, which is the port we’ll be using locally. This gives you enough flexibility to switch from development, directly to a production environment where the port might be set by a service provider like, for instance, Heroku. Right below that, we called app.listen() with the port variable we set up and a simple log to let us know that it’s all working fine and on which port is the app listening.

That’s all for the Express setup. Now it’s on to setting up Passport.

First, we install Passport with the following command:

Then we need to add the following lines to the bottom of the index.js file:

Here, we require passport and initialize it along with its session authentication middleware, directly inside our Express app.

Since we’re assuming you’ve already installed Mongo, you should be able to start the Mongo shell using the following command:

Within the shell, issue the following command:

Leave the terminal there; we’ll come back to it later.

Connecting Mongo to Node with Mongoose

Now that we have a database with records in it, we need a way to communicate with it from our application. We’ll be using Mongoose to achieve this. Why don’t we just use plain Mongo? Well, as the Mongoose devs like to say on their website:

Mongoose will simply make our lives easier and our code more elegant.

Let’s go ahead and install it with the following command:

We’ll also be using passport-local-mongoose, which will simplify the integration between Mongoose and Passport for local authentication. It will add a hash and salt field to our Schema in order to store the hashed password and the salt value. This is great, as passwords should never be stored as plain text in a database.

Now we have to configure Mongoose. Hopefully you know the drill by now: add the following code to the bottom of your index.js file:

Here we require the previously installed packages. Then we connect to our database using mongoose.connect and give it the path to our database. Next, we’re making use of a Schema to define our data structure. In this case, we’re creating a UserDetail schema with username and password fields.

That’s all for the Mongoose setup. We can now move on to implementing our Passport strategy.

And finally, this is what we came here to do! Let’s set up the local authentication. As you’ll see below, we’ll just write the code that will set it up for us:

There’s quite some magic going on here. First, we make passport use the local strategy by calling createStrategy() on our UserDetails model — courtesy of passport-local-mongoose — which takes care of everything so that we don’t have to set up the strategy. Pretty handy.

Then we’re using serializeUser and deserializeUser callbacks. The first one will be invoked on authentication, and its job is to serialize the user instance with the information we pass on to it and store it in the session via a cookie. The second one will be invoked every subsequent request to deserialize the instance, providing it the unique cookie identifier as a “credential”. You can read more about that in the Passport documentation.

Now let’s add some routes to tie everything together. First, we’ll add a final package. Go to the terminal and run the following command:

The connect-ensure-login package is middleware that ensures a user is logged in. If a request is received that is unauthenticated, the request will be redirected to a login page. We’ll use this to guard our routes.

Now, add the following to the bottom of index.js:

At the top, we’re requiring connect-ensure-login. We’ll come back to this later.

Then we set up the /login route, which will send the login page. For this, we’re using res.sendFile() and passing in the file path and our root directory, which is the one we’re working on — hence the __dirname.

The /login route will be accessible to anyone, but our next ones won’t. In the / and /private routes we’ll send their respective HTML pages, and you’ll notice something different here. Before the callback, we’re adding the connectEnsureLogin.ensureLoggedIn() call. This is our route guard. Its job is validating the session to make sure you’re allowed to look at that route. Do you see now what I meant earlier by “letting the server do the heavy lifting”? We’re authenticating the user every single time.

Finally, we’ll need a /user route, which will return an object with our user information. This is just to show you how you can go about getting information from the server. We’ll request this route from the client and display the result.

Talking about the client, let’s do that now.