Blog
You are here: Home / Blog / Random Stories / Harley Quinn posters take it back to the 1480s

A bit of a retro feel is always a good way to get people's attention. Nostalgia's an easy button to press; that's why people are guaranteed to lose it for shows like Stranger Things and Mad Men, and why each year's design trends are almost certain to incorporate elements from bygone decades.

If you really want a vintage twist to hit home, though, you need to aim for an era that's not being milked to death already; does anyone really want to see another 1980s-inspired design at the moment? So we're delighted to see the new poster designs  for DC's upcoming Harley Quinn movie, Birds of Prey, which take nostalgia to a new level.

Forget the 1980s; these posters, revealed on the Birds of Prey Twitter account, are rocking a killer 1480s vibe. Respect.

Is this the defining movie poster trend of the decade?

The main poster's inspired by Botticelli's most famous work, The Birth of Venus. Painted at some point in the 1480s, it depicts the Greek goddess Venus emerging from the sea in a giant scallop shell, fully-grown and completely nude. If you want to see the original it can be found in the Uffizi Gallery in Florence, Italy, 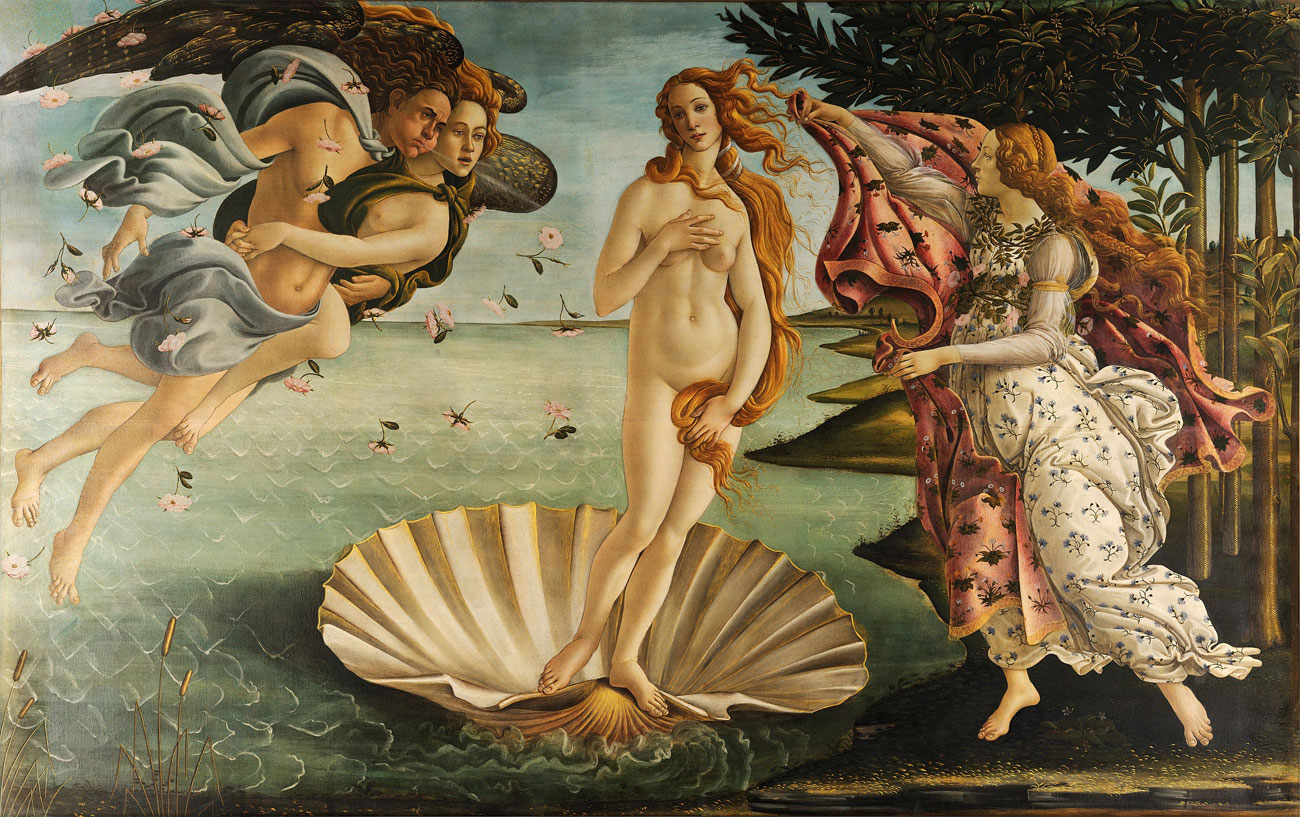 Botticelli’s The Birth of Venus is the clear inspiration here

Harley, played by Margot Robbie, isn't nude in this poster, but the look clearly comes from the Botticelli original. There's the giant scallop shell (adorned with chunky diamonds) and the sea, and while Venus is attended by the got Zephyr and other minor deities, here Harley is backed up by the likes of Black Canary, Huntress and Cassandra Cain. Oh, and a beaver in a pink tutu, because why not?

It's a strong look that's quite unlike the current trend in movie posters for a moody extreme close-up of the main character with a bunch of text plastered over it; we'd much rather look at something colourful with plenty of details to pore over. 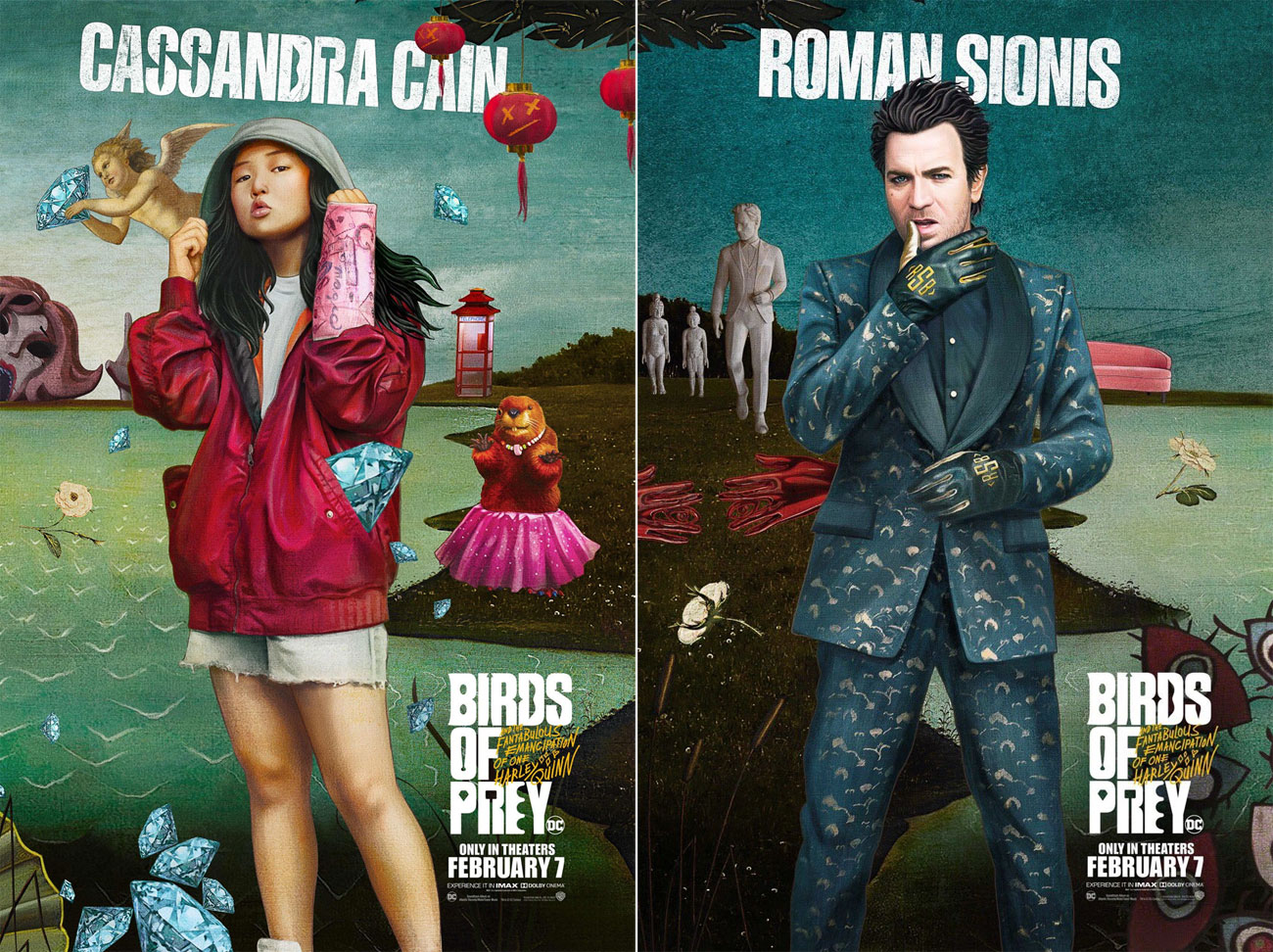 Supplementary posters feature other characters, as well as that tutu-sporting beaver

As well as the gorgeous main posters, DC has also released a series of supporting posters featuring individual characters from Birds of Prey, again carried off in that Botticelli style and giving you a closer look at everyone already mentioned as well as Victor Szasz and Roman Sionis (played by Ewan McGregor), all backed up with more bits of weird pre-Renaissance iconography to ponder over.

There's no word from DC on who's responsible for these fantastically weird illustrations; whoever it is, though, we like their style. And after the massive success of this year's Joker movie, it's good to have another Batman spin-off to look forward to. Birds of Prey is scheduled for release on 7 February 2020; there's no official site yet, but you can find out more on its Twitter account.