I have to be honest. Not many clients are requesting these days to have their app uploaded to the Blackberry World store. But once in a while I’ll get a client with the request of having their app in all the stores which includes Blackberry World.

Obviously the best way is to write and optimize the application in the native format. However, what if you wanted to just convert an application that you just completed for Android without re-writing the entire thing all over again.

I have to admit it was very difficult when I did this a year ago, but as of recent its becoming easier and easier. I’m unsure if Blackberry has made it easier, or I have gotten used to the process.

Some things you need before you begin:

3. App you created for Android

4. Blackberry signing keys (must have #1 completed)

In regards to #5, follow directions on how to install it within Eclipse.

After you have set-up and you have done all of the above, the process is pretty straightforward unless you have many Google Services installed. You have to get rid of those before the application is properly verified by the Blackberry APK Verifier.

– Don’t bother including Playbook as part of the accepted applications for your App. I’ve noticed that when you do include playbook, the blackberry employee by default will use Playbook to test your app, and for some reason it always fails. I personally don’t have a Playbook to test, nor do I want to optimize it for the limited market that’s Playbook. Stick to official BB10 devices such as Z10, Z30 and Q10. I have tested on the BB10 devices and the conversion works flawlessly. 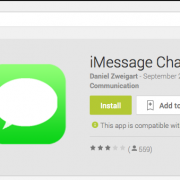 New Language “Swift” with a government twist? AWS-3 Spectrum to be auctioned to new players
Scroll to top