Blog
You are here: Home / Blog / Random Stories / Check out these incredible posters for movies that never happened

To call modern move posters a bit of a mixed bag would be putting it kindly. For every magnificently psychedelic Wonder Woman masterpiece, there are 20 Spider-Man Photoshop aberrations. And while movie poster design is often crippled by the forces of Hollywood, so to do many could-be-great movies bite the dust before they can make it to the big screen.

Designer Fernando Reza, aka Fro, has created a range of posters for movies that never made it past pre-production, but which we'd definitely like to see if these magnificent designs are anything to go by. The range includes unrealised work from Quentin Tarantino, Guillermo del Toro and Tim Burton. Scroll down to take a look at our favourites, and get ready to mourn for the masterpieces that never made it.

Movie fans might also want to check out our guide to graphic design in film. 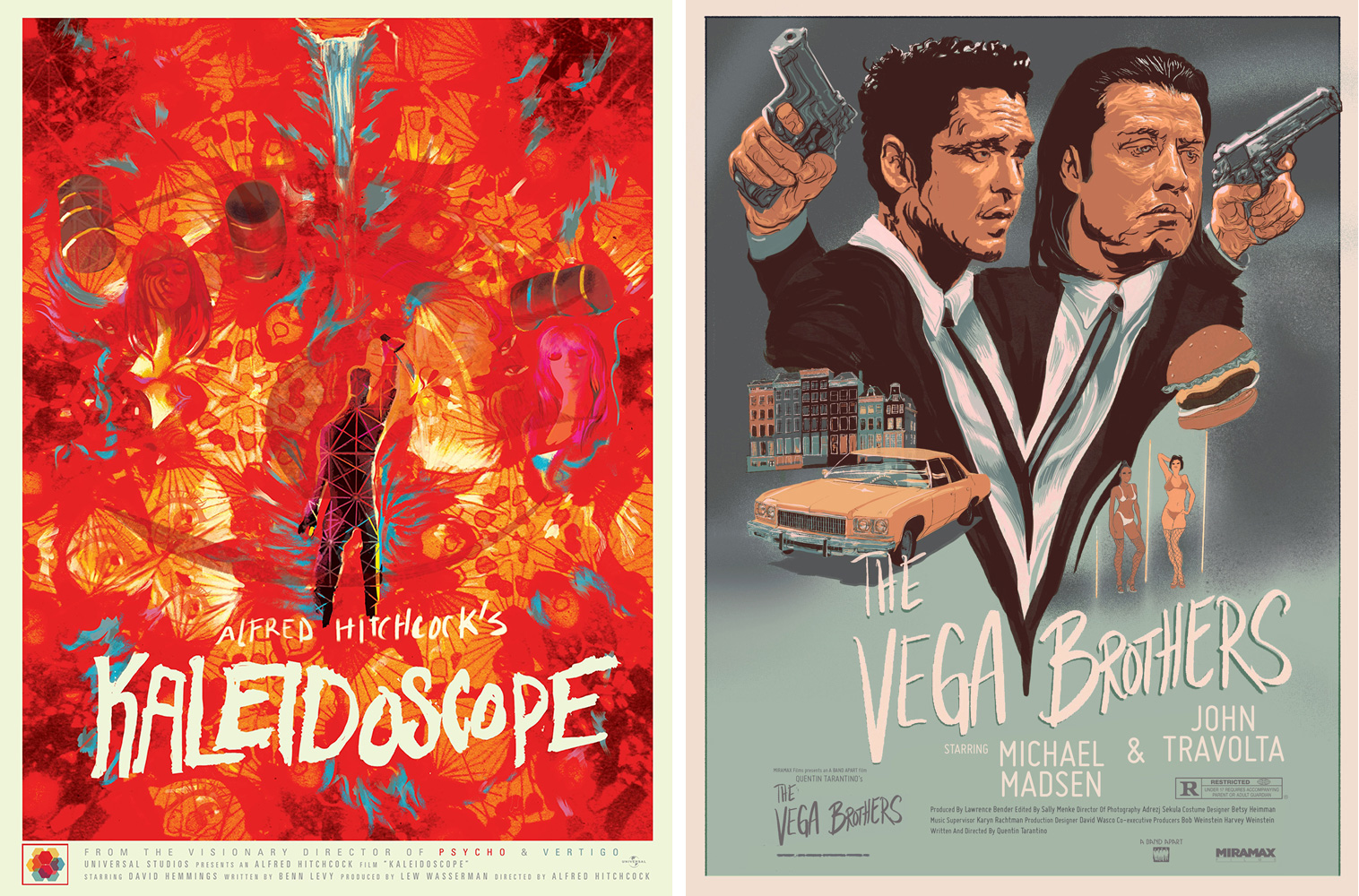 Click the icon in the top right to enlarge the posters

Alfred Hitchcock's Kaleidoscope was planned as a sequel to the director's earlier film Shadow of a Doubt, and be told from the perspective of the existing film's 'Merry Widow Murderer'. Hitchcock went as far as to photograph and film silent test footage, but the project was deemed too violent and sexually explicit to go ahead. Reza's vibrant poster features the main character (a bodybuilder) and twists the movie's proposed set pieces into a psychedelic world that plays on the film's title.

The Vega Brothers, also known as Double V Vega, was first planned as a followup to Pulp Fiction, and would extend the stories of Vic and Vincent Vega. The movie remained a potential option for some time, but it seems to increasingly unlikely that it'll ever make it to the big screen (and if it does, Tarantino will need to find a way to explain its now considerably older stars). We'll have to console ourselves with this poster, which oozes the same laid back, cool vibe as the brothers themselves. 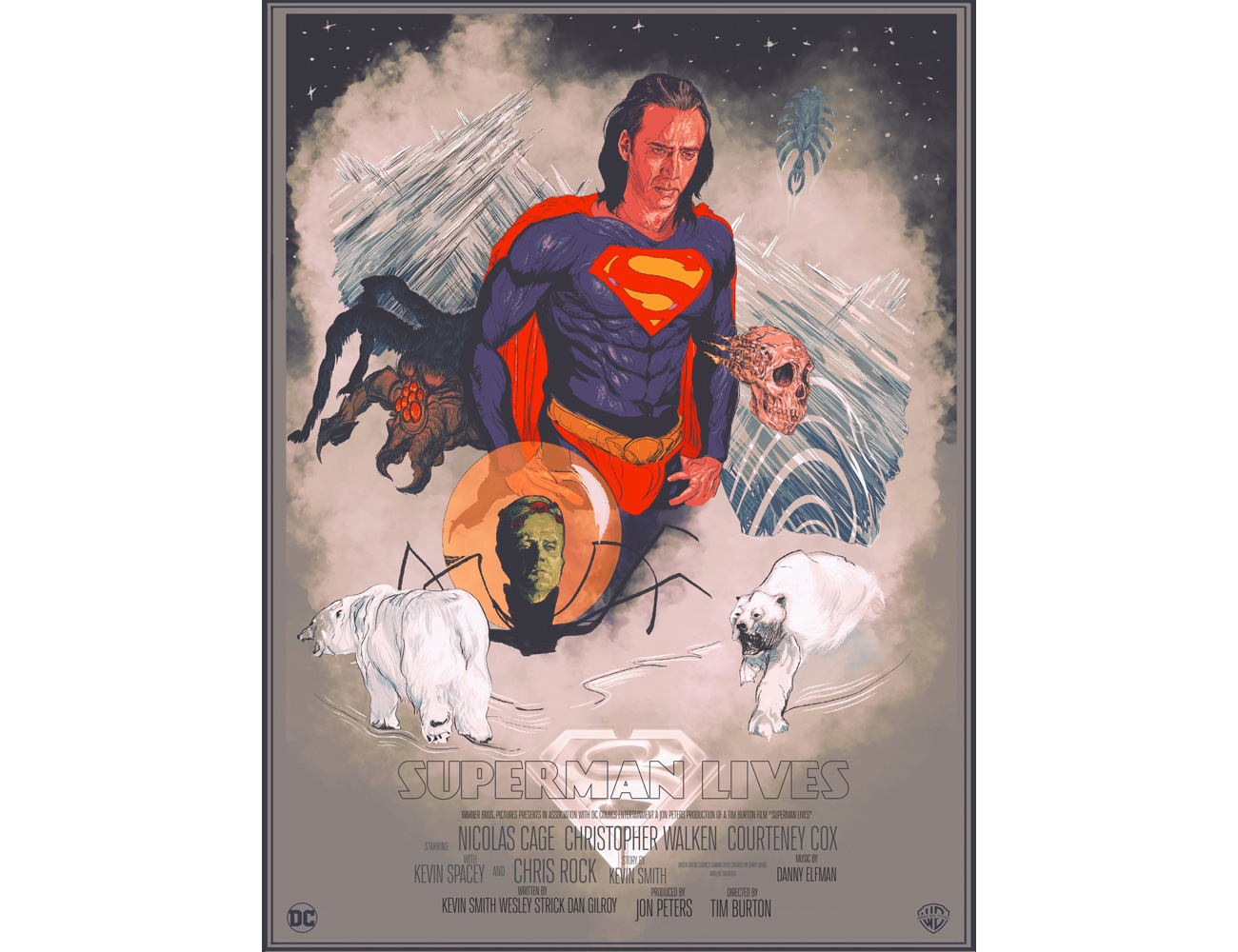 Click the icon in the top right to enlarge the poster

Tim Burton's Superman Lives is one of the most infamous movies that never was, but we're sold if this poster is anything to go by. Mechanical spiders! Polar bears! A flaming skull! Nicolas Cage! What's not to like? 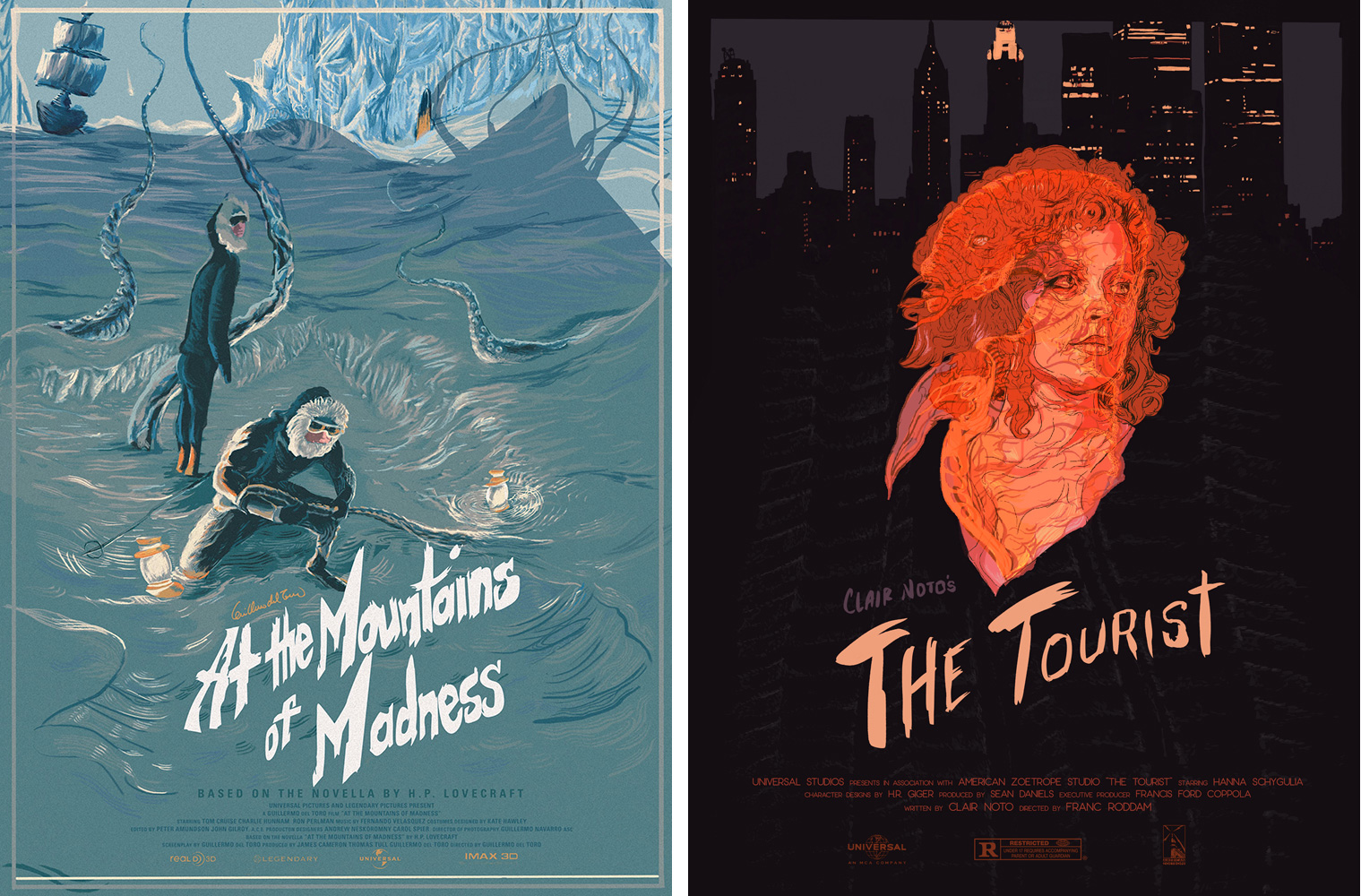 Click the icon in the top right to enlarge the posters

At The Mountains of Madness would have seen Guillermo Del Toro tackling H.P. Lovecraft's iconic sci-fi horror novella. The story follows an expedition to Antarctica and the discovery of an alien race of creatures. Tom Cruise was to be the hero, James Cameron was lined up as producer, and we're pretty confident it would have been epic. This poster does a great job of weaving an unsettling feeling into the bleak Arctic landscape.

Another could-have-been sci-fi masterpiece is Clair Noto’s The Tourist. In the plot, modern-day Manhattan is the front for a secret alien world. Sound familiar? This movie has influenced a host of other films, from Blade Runner to Men in Black. The poster might be our favourite of the bunch, overlaying an other-worldly, fiery figure against the city skyline.

From 2017: Are movie posters in a design crisis? How iconic fantasy film posters were made8 appalling CGI fails in modern movies