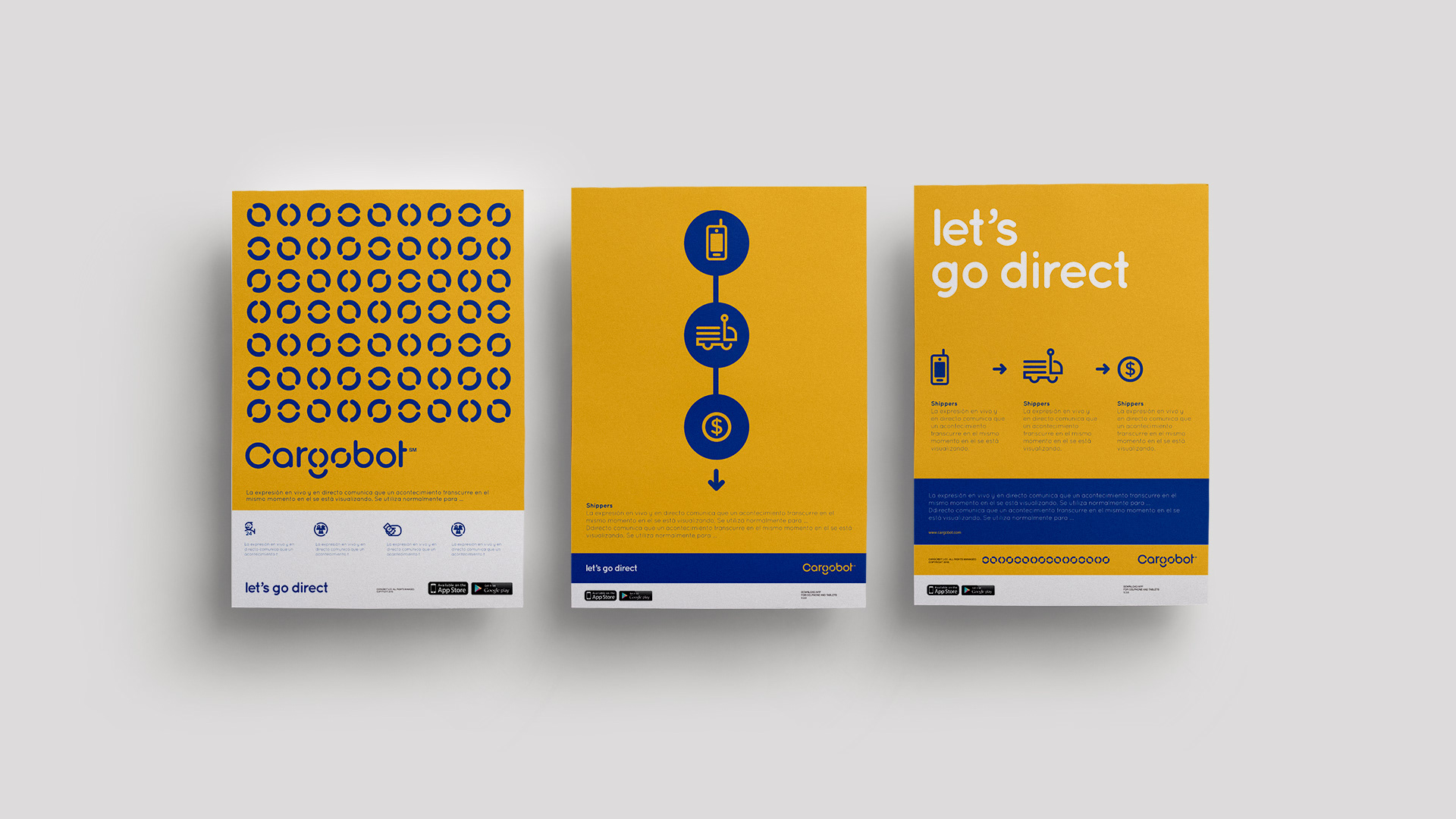 h3l © shared a super cool brand identity project for Cargobot. The development of Cargobot’s identity is inspired by classical modernism. His functionalist personality alludes to the simplicity of movement as the main identity axis. The briefing and corporate requirement raised design slogans based on concepts such as “friendly”, “close”, “direct” and “digital”, among others.

The development of the brand identity project covered diverse thematic axes based on the most specific attributes of the business covered by the company. Abstract triggers as symbolism coming from the territory of settlement and gestation, their projective interests; more figurative axes such as roads and routes, to truck operators and distribution plants; the philosophy of life, its consumer behavior, ideals and its various elements related to the industry. From the synthesis and its subsequent conceptualization, the project was debugging towards the simple a recognizable symbol enhancing from the present its behavior towards the future.

Being a brand born in the digital scene, from its first sketches to its mastering, the universe of applications responds to an ON LINE base. In response to the requirement and in the search for innovation in the development of brands, cargobot elevates its pregnancy and recognition in the manipulation of the identity system, the personality of the language emerges in repetition and rotation operations, a unique and comprehensive territory, capable of support with absolute versatility the ON LINE and OFF LINE requirements and even more dialogue in the market with full autonomy and recall. These results present Cargobot within a development mechanism conceived by h3l as the future of brands, symbols that cease to be unique ways to transform into concepts–Cargobot is a pregnant and metaphorical brand with a language based on movement represented by static forms.

For more information check out: www.cargobot.io

Inertia is the resistance, of any physical object, to any change in its velocity. This includes changes to the object’s speed, or direction of motion.

An aspect of this property is the tendency of objects to keep moving in a straight line at a constant speed when no forces are upon them — and this aspect, in particular, is also called inertia.

In mathematics, a sequence is an enumerated collection of objects in which repetitions are allowed. Like a set, it contains members (also called elements, or terms). … Unlike a set, the same elements can appear multiple times at different positions in a sequence, and order matters.