We’re seeing some fantastic discounts on the 2019 MacBook models at the moment. There are also some great 2018 MacBook Pro deals, as retailers look to shift their stock after the launch of the new 16-inch MacBook Pro. Read on for our pick of the best Black Friday MacBook deals right now – and once you’ve found the lowest price, have a browse of our best Apple Black Friday deals too.

Can't see exactly what you want in the deals above? The widget below will pull in the best prices across a range of MacBook models, in your region. We'll also be updating the section above with any good new offers as soon as they appear, so bookmark this page and check back.

Jump back to top
Black Friday and Cyber Monday MacBook deals 2019: Our predictions 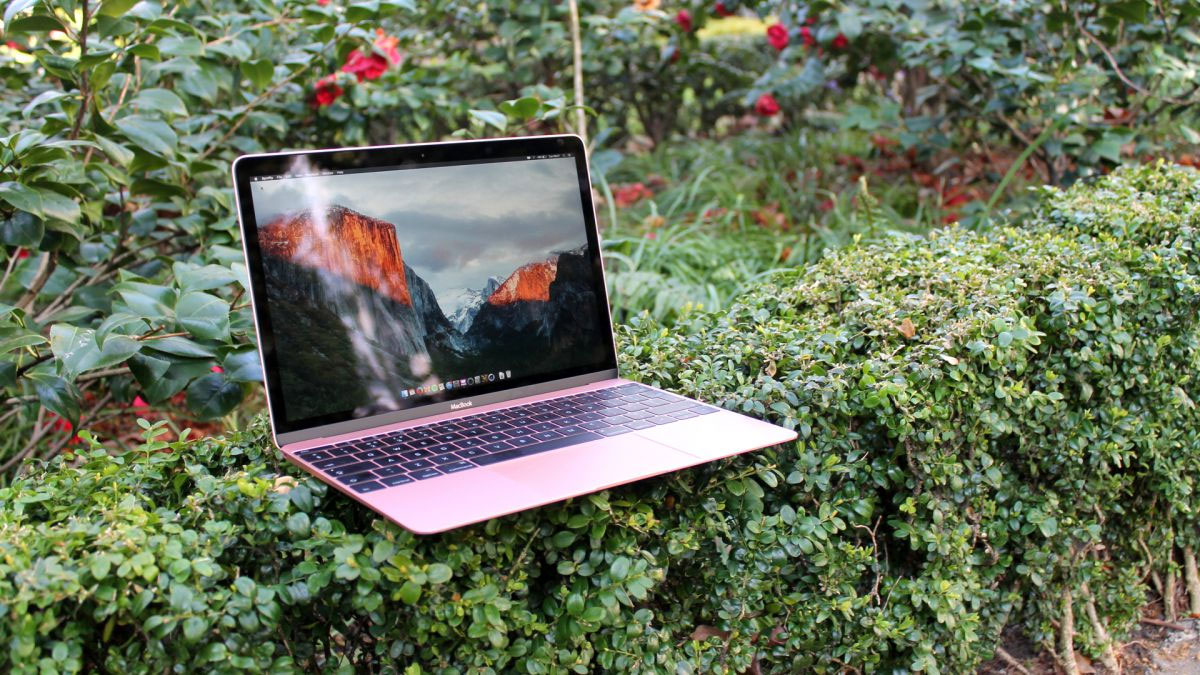 The standard MacBook is a popular choice, and it's easy to see why. If portability is your thing, it's worth noting that the most up-to-date 12-inch MacBook is both thinner and lighter than the old 13-inch MacBook Air, with better specs and a Retina display.

What this popularity means, though, is that you're unlikely to see much in the way of massive Black Friday or Cyber Monday MacBook deals on the standard models. However the introduction of new 2019 models means there may well be great bargains to be had on last year's still highly capable models. Keep your eyes peeled, and be prepared to act fast, as these deals are likely to get snapped up quickly. 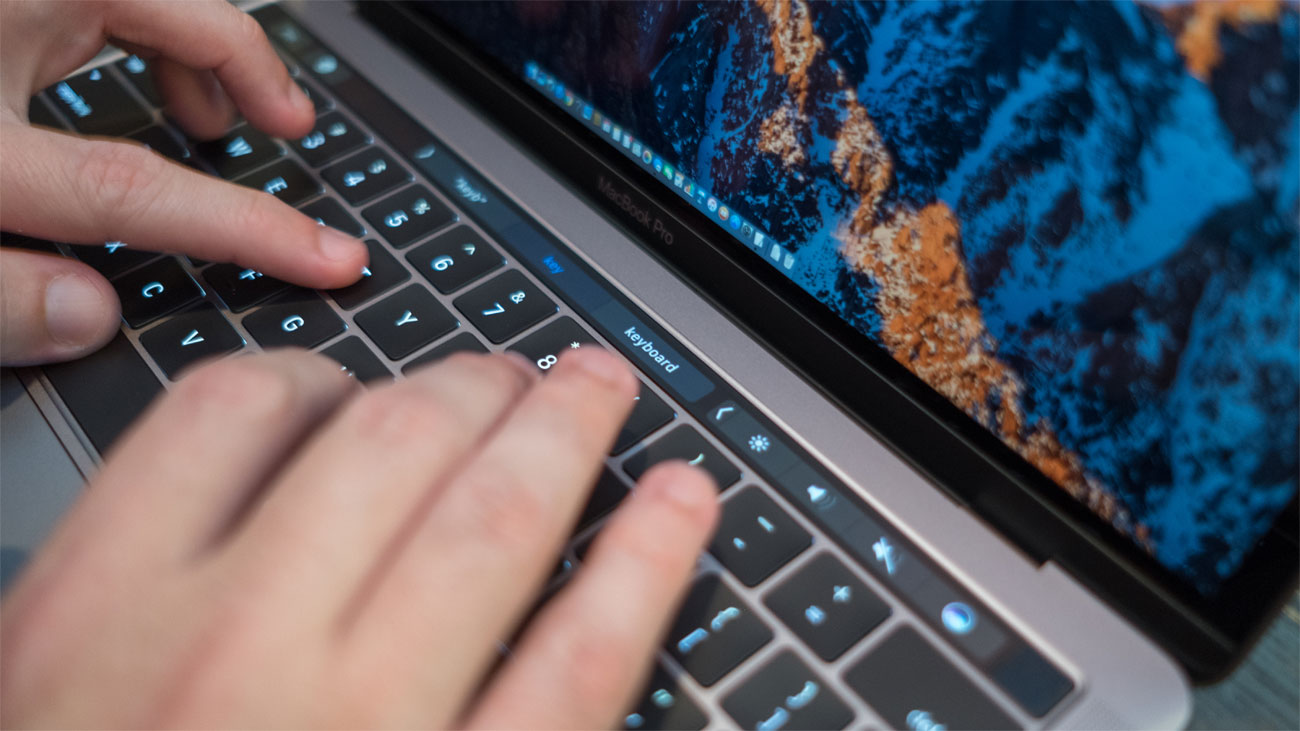 The MacBook Pro is available with a Touch Bar, for a price

It usually a safe bet that the biggest bargains will be on slightly older models. The good news is that Apple has just launched a brand new 16" MacBook Pro, which means we're likely to see some price drops on the previous 15" MacBook Pro (2019) as retailers seek to shift stock.

The MacBook Pro's high price – especially on, say, the Touch Bar models – means it's easier for retailers to deliver a huge temporary price cut and still turn a profit, so if you're looking for a powerful creative laptop it's worth bearing in mind. You'll still be paying out quite a bit for it, but it'll be worth the expense. 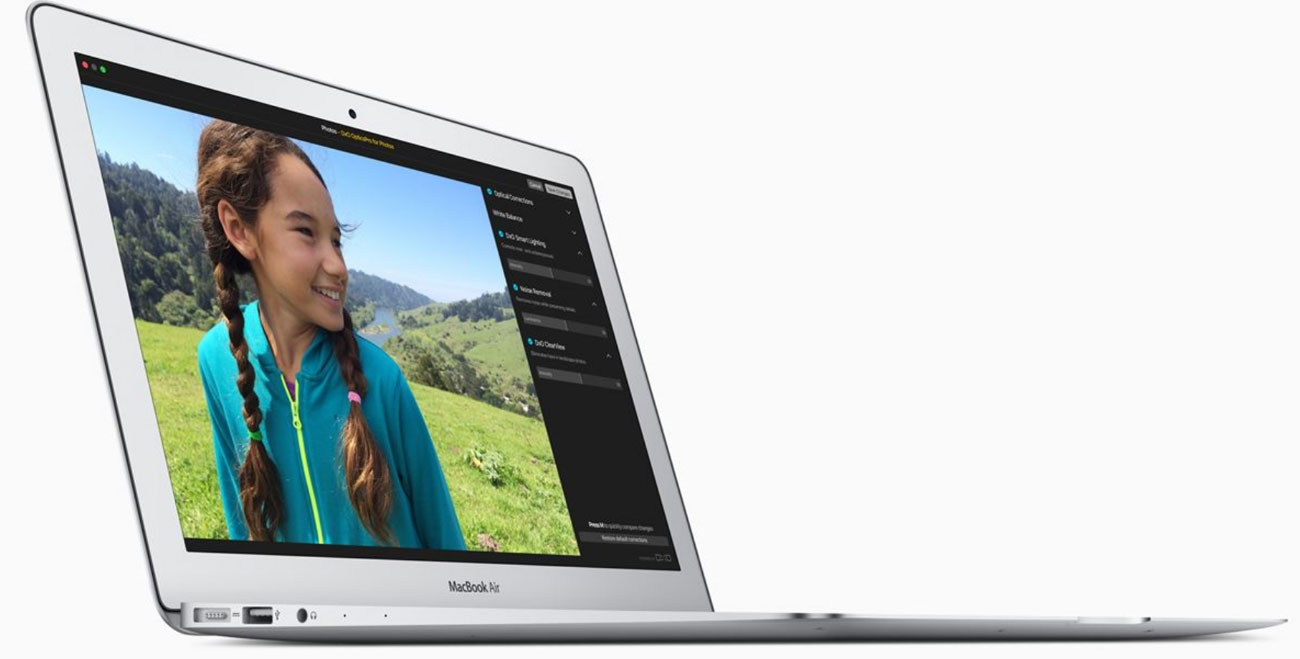 It’s getting on a bit, but the older MacBook Air could be a good bargain option

The MacBook Air was refreshed in July 2019, which means we'll likely be seeing some offers on older models. We expect there to be some fantastic Black Friday MacBook Air deals on offer this year as retailers clear out their old stock.

The downside to choosing an older Air is that it's the least powerful MacBook you can get… it's not even the thinnest and lightest any more. However if you simply have to have a MacBook but you're on a budget, it's a strong choice. These are the best savings we saw last year…

How to get the best MacBook deals on Black Friday

The best advice we have for you is this: be sure to decide just how much you want to spend on a Black Friday MacBook deal (or a MacBook on Cyber Monday, of course), and if you see one within that budget, go for it. The best deals can be gone in minutes, so don't waste time if you know you're looking at a solid gold bargain. Bookmark this page and check back to make sure you know what to expect and you can jump on the best Black Friday MacBook deals before they sell out.

Preparation is key when it comes to getting good Black Friday MacBook deals, or picking up a MacBook Cyber Monday bargain, especially when you bear in mind that a lot of retailers can't wait for Black Friday, and so start shipping their bargains well in advance of the big day. In the run-up to Black Friday and Cyber Monday we'll be keeping tabs on new deals as they appear, so keep checking back for offers that you won't want to miss.

You'll need to decide whether it's a standard MacBook you want, an Air or a full-fat MacBook Pro. If you're planning to use your new MacBook as an all-round work machine then it's worth holding out for a good deal on a Pro as it'll be able to cope with just about everything you throw at it. If you're less of a power user then the ordinary MacBook should suit your needs, and while the older Air's more limited it should be the one to go for if you want a MacBook at rock-bottom prices. The latest Air may also be for you if you prioritise a portable and thin machine over screen size.

Beware of older models – they're likely to see the biggest discounts but they'll be packing less power than more up-to-date machines. Although you could consider getting an SSD to speed things up. And of course, use a bit of common sense while shopping; look out for cashback offers, always check the guarantee and make sure you keep your receipt in case of faults or buyer's remorse.

MacBook, MacBook Pro and MacBook Air features and specs that creatives should look out for 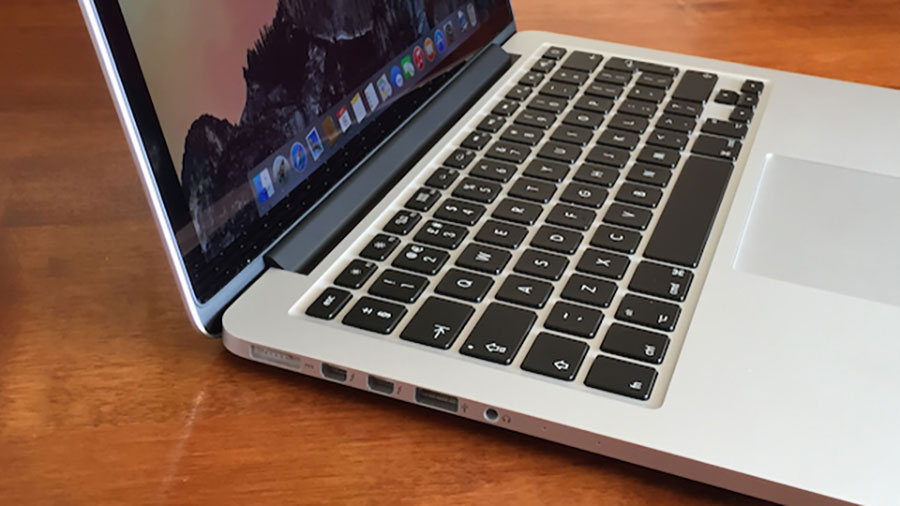 Many MacBooks are severely lacking in ports; bear that in mind when make your choice

There might only be three main models of MacBook to choose from, but there are plenty of variations in the line that are well worth noting when you're looking for Black Friday MacBook deals.

Firstly, the CPU: the MacBook Air's is the least powerful of the lot, although the most recent 2019 version improves things with an 8th-generation Core i5 processor, with Turbo Boost up to 3.6GHz. Older models feature an old Intel Broadwell chipset running at 1.6GHz, or 1.8GHz for more recent models.

Both the MacBook and MacBook Pro boast beefier 8th and 9th generation chipsets; with the latest Pro really turning up the heat: up to 2.7GHz quad-core Core i7 in the 13-inch Touch Bar model,  while the 15-inch Touch Bar version goes up to a 2.9GHz six-core Core i9.

Lower end MacBooks – the older Air and the 13-inch MacBook Pro – only give you 128GB SSD, which is likely to mean that you'll need to invest in some external storage; the new MacBook Air starts with 128GB but can be specced up to a whopping 1.5TB SSD if you have the budget. All other MacBook models feature 256GB SSD; bear in mind that if you work with large files then you'll probably burn through that pretty quickly.

If you're going to need to plug peripherals into your new MacBook, check the number of available ports; the standard MacBook only has one USB-C port, while most MacBook Pros have four. The latest MacBook Air features a pair of Thunderbolt 3 ports, while the older model has three ports: they're USB 3.0 and Thunderbolt 2, and while they shouldn't give you any problems, bear in mind you might need an adapter for more recent peripherals.

Display-wise, all the MacBooks apart from the original Air feature crisp Retina displays. And they'll all serve you well in terms of battery, but watch out for MacBook Pros with a Touch Bar; Apple claims that this makes no difference but our friends at TechRadar have found that the Touch Bar can take a fair toll on battery life.

Free Bootstrap Website Templates Worth Checking Out 94% Off: Get the Complete Facebook Ads Course: Beginner to Advance for Only...
Scroll to top