Blog
You are here: Home / Blog / Random Stories / Apple has plans for a foldable iPhone that might actually work

It seems that for every smartphone manufacturer, the dream is to produce a foldable phone, and a new patent application from Apple has revealed that it's on the case, and also looking to address the problems inherent in foldable tech.

These problems immediately became evident when Samsung rushed out its Galaxy Fold in April last year. The $1,980 device looked good on paper and had the potential to become one of the best smartphones, but it quickly became apparent that its display couldn't cope with the physical stress of repeatedly being opened and closed. Bulges appeared along the hinge and in many cases the Galaxy Fold broke completely. 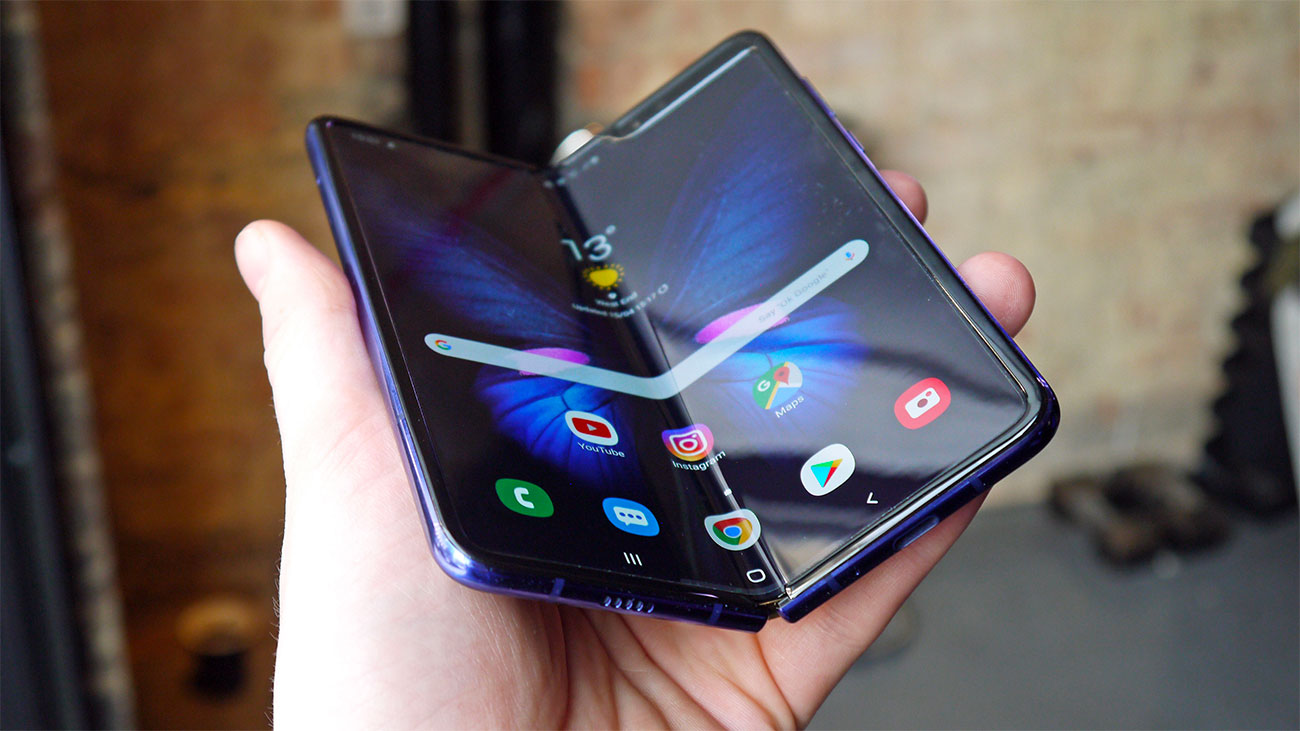 Folding displays are a huge challenge for the tech industry, and a look through Apple's new patent application, discovered by AppleInsider, shows that while it's developing a folding iPhone, it's also trying to do it in a way that won't result in broken phones and angry customers.

So rather than have the screen simply fold along a central hinge – which creates stress and ultimately results in a dead display – it's pursuing a carefully engineered solution where the central folding section bends in a much more gentle arc, and in which the many delicate components are supported by an arrangement of extending flaps, stiffening plates and tiny little gear and rack structures.

There's something quite wonderfully old-school about Apple's approach. We're all used to phones having no moving parts whatsoever, but what Apple's proposing in this patent filing is quite the opposite. Whatever device comes out the other end of this process is going to be packed with moving parts, all dedicated to ensuring that the folding screen works perfectly without breaking after a couple of days, and frankly we love it. Apple’s taking a mechanical approach to a folding display

Don't go getting too excited just yet, though. As we all know, Apple files a lot of patent applications, and not all of the technology described in them sees the light of day. We can confidently predict that it's not going to launch an iPhone 12 with a folding screen this year.

In fact, given the intricate mechanical direction Apple's outlining here, it's possible it may never launch at all. While it all looks amazing in theory, when it comes to the practicalities of actually assembling and mass-producing a foldable iPhone along these lines, it could all prove to be prohibitively expensive. We're excited to see where this all goes, but don't hold your breath; take a look through Apple's patent application and judge for yourself whether it's actually doable.

In the meantime, you can also check out the best flip phones available right now.

An iPhone with no ports. What's that about?iPhone 12: Surprising design decision revealedFleshy iPhone skin is the stuff of nightmares