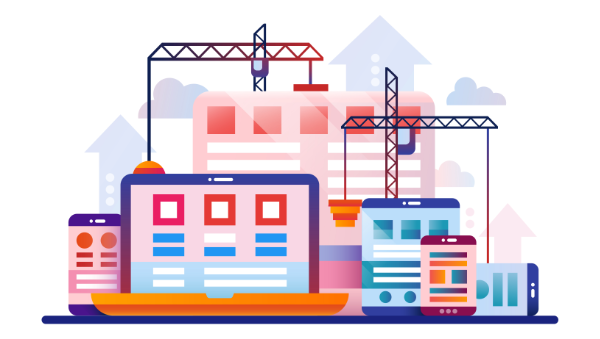 As the functionalities of web apps keep getting ever more sophisticated and complex, web developers need flexible tools to keep up with rising user expectations. The good news is, the web development ecosystem gives us plenty of choice, with both well-established companies and the open-source community racing to build more powerful libraries, frameworks and apps to help developers do their job and increase productivity and efficiency.

In this post, I’ve rounded up 30 top tools for front-end web developers ranging from code editors and code playgrounds to CSS generators, JS libraries, and more.

Front-end developers spend hours writing or editing code. Therefore, it’s only natural that their closest friend on the job is the code editor. In fact, getting to know their code editor of choice and all its capabilities and shortcuts gives any dev a great advantage in terms of productivity.

Visual Studio Code (VS Code) by Microsoft is a full-blown, free and open-source cross-platform integrated development environment (IDE) — that is, a complex piece of software that allows developers to create, test and deploy an entire project.

Here are some of VS Code’s most popular features:

You can download VS Code for Windows, MacOS, and Linux.

Atom is a free, open-source and powerful cross-platform code editor that allows you to:

collaborate with other developers using Teletype for Atom
work with Git and GitHub with GitHub for Atom
edit code on different platforms
speed up coding with smart auto-completion
search for, install and even create your own packages
browse project files
split the interface into multiple panes
find and replace in a file or in multiple projects
add new themes and customize the editor’s appearance and behavior by tweaking its code.

Sublime Text introduces itself as “a sophisticated text editor for code, markup and prose”.

It’s a paid, cross-platform code editing app with tons of features. These include:

Package managers are collections of tools for consistently automating processes like installing, upgrading, configuring and removing programs. Typing npm install or yarn install in a command-line interface has become one of the most ordinary parts of a developer’s day-to-day job.

What is npm? Well, as it says on the company’s website, it’s many things. In particular:

it’s the package manager for Node.js that helps JS devs to share packaged modules of code
the npm registry is a public collection of packages of open-source code for Node.js, front-end web apps, and more
npm is also the command-line client developers use to install and publish those packages
npm, Inc. is the company responsible for hosting and maintaining all of the above

Module bundlers are used to bundle several modules into one or more optimized bundles for the browser.

Here’s all the goodness you’ll find in webpack, as it’s detailed in the software’s website:

At its core, webpack is a static module bundler for modern JavaScript applications. When webpack processes your application, it internally builds a dependency graph which maps every module your project needs and generates one or more bundles. … Since version 4.0.0, webpack does not require a configuration file to bundle your project. Nevertheless, it is incredibly configurable to better fit your needs.

is fast
bundles all the project’s assets
has zero-config code splitting
and more.

Have you ever tried to memorize how to declare CSS properties for gradients, text shadows, Flexbox or Grid, to mention just a few? Not easy. Unless you use some CSS features and their properties over and over again, it’s hard to remember them all. But even those who master CSS sometimes need a refresher on some properties, especially if they haven’t used them in a while.

If you need some quick help with the latest and greatest CSS, here are CSS generators to the rescue. Enter the values, preview the result, grab the generated code and run.

The CSS3 Generator is a free online app that lets you quickly write code for a number of modern CSS features like Flexbox, gradients, transitions and transforms, and many more.

Enter the required CSS values, preview the result in real time, copy and paste the generated code. Also, this app shows a list of browsers and their versions where your CSS code is supported.

The Ultimate CSS Generator is a free online app that lets you generate code for CSS animation, backgrounds, gradients, borders, filters, and more.

The interface is user-friendly, the information about browser support for the CSS feature you’re interested in is clear and easy to spot, and the generated code is clean and accurate.

CSS Grid is awesome, and creating your grid in code gives you full control over the final result. However, it’s helpful to have a visual representation of the grid while you’re coding. Although some major browsers have implemented great tools to let you visualize your grid, some devs could do with some additional help. Here’s where a CSS Grid generator might come in handy.

The CSS Grid Layout Generator by Dmitrii Bykov is free, accessible online, and extremely flexible. I took it for a spin and found that it gives me a lot of control both at the level of the grid container and that of the grid item while providing me with nice preview capabilities and clean code.

If you need help, click on the How to Use button and watch the presentation video offered by the app’s author.

To know more about which CSS Grid generators are available, I put some of the best ones through their paces on SitePoint in my article “5 Super CSS Grid Generators for Your Layouts”.

The demands on today’s web apps place great importance on speed in loading and updating page content. As powerful as modern JavaScript is, when packaged into a library or a framework, it becomes a fantastic tool for writing elegant and maintainable code and cutting back on repetitive and time-consuming typing efforts.