Are you ready for Friday's blood moon? On Friday 27 July, photographers will be training their lenses on the night sky as they attempt to capture the longest, reddest and most dramatic total lunar eclipse for decades: the eerie phenomenon known as a blood moon.

For over an hour, the moon will turn a vivid orangey-red colour for lucky sky-gazers in the UK, Europe, Africa and Asia – weather permitting, of course. Compared to the flash-in-the-pan occurrence of a total solar eclipse, a dramatic total lunar eclipse such as this is a gift to photograph, provided you have a decent zoom lens.

But if you don't have the photography skills to capture it to your satisfaction, fear not. We've dug out three stunning blood moon images you can download today.

Aside from editorial use, striking, atmospheric moon images such as these are ideal for common design projects ranging from album covers to posters, flyers and more. So read on for our top picks of the very best blood moon images… 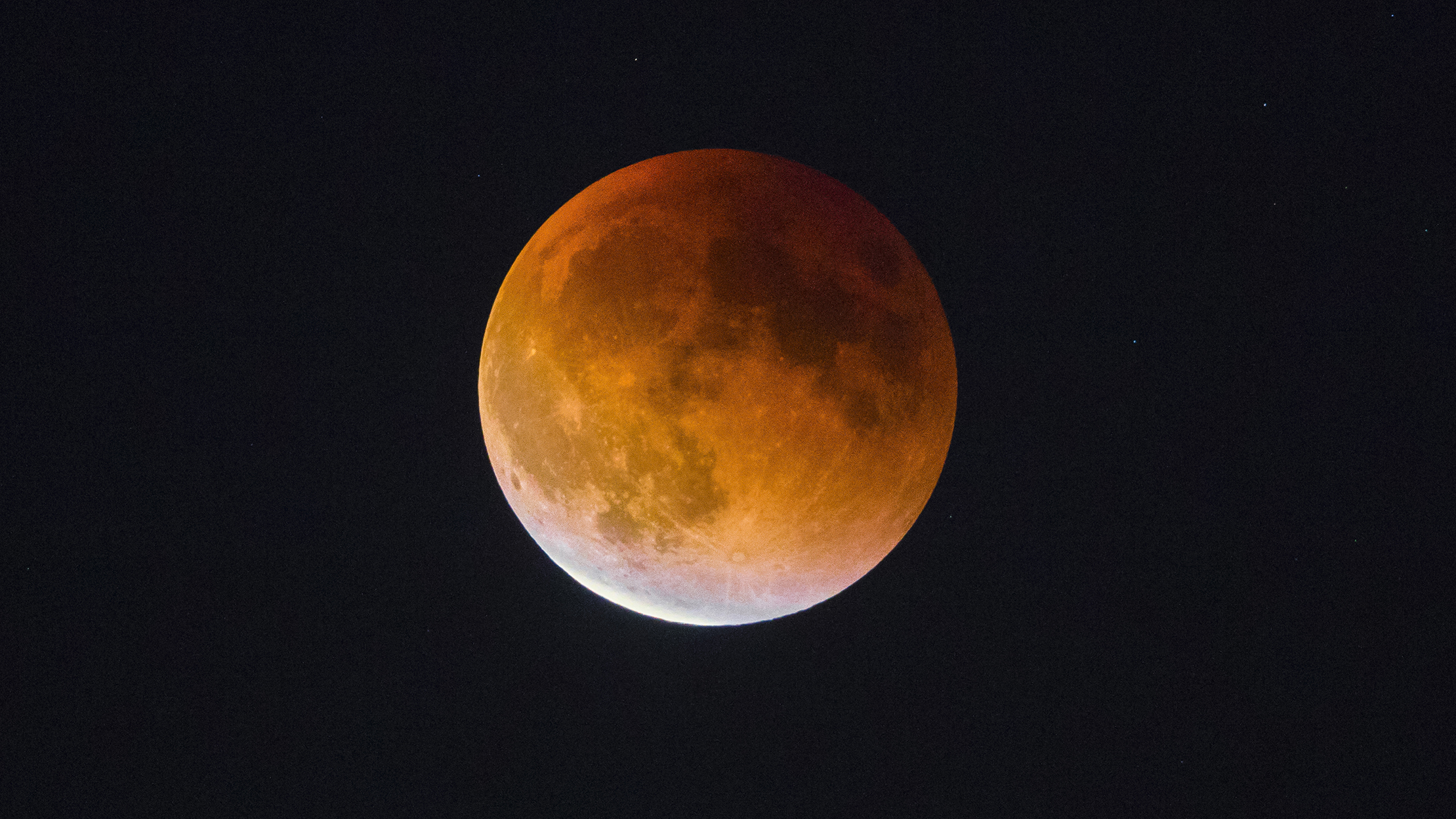 At the start and end of the total lunar eclipse, a beautiful gradient will appear on the blood moon

You may have seen a partial lunar eclipse before: the full moon becomes much duller, and therefore easier to photograph. But it's only during a total lunar eclipse such as the blood moon on 27 July that the moon turns red, as it moves into the darkest part of the Earth's shadow.

It's a similar principle to a sunset being red, because the light has to travel through a lot of atmosphere before reaching our eyes. During a total lunar eclipse, sunlight is bent through the Earth’s atmosphere and onto the moon.

As the moon enters the earth's shadow, the edge takes on a pinky-orangey-brown hue before the whole face gradually turns red, and then fades out again as the eclipse ends. The result is a soft gradient that's captured beautifully in the image above, shot by Danita Delimont in Seattle, USA. 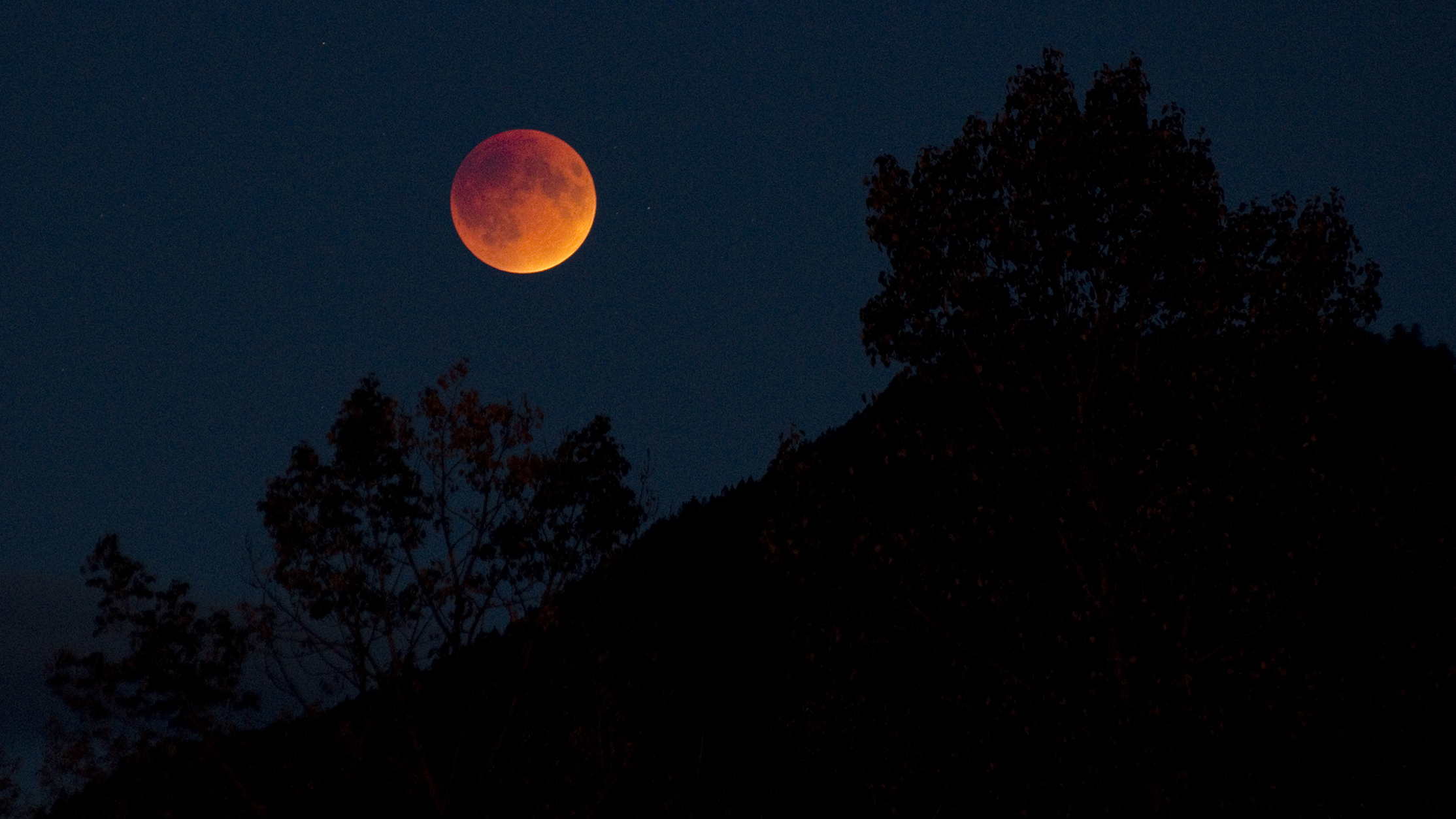 In the UK, the blood moon will be low in the sky – making interesting landscape compositions possible

While a total solar eclipse is only visible for a few fleeting minutes, and from a very specific area of the planet only, a total lunar eclipse can be seen from the entire night side of the planet.

While the blood moon on 27 July 2018 can be seen from Europe, Africa and Asia, it will be in different stages and positions in the night sky. The UK, for instance, will miss the first 20 minutes of totality, and the Blood Moon will already be red when it comes into view at 8:49pm.

The positive side of this is that the blood moon will be low enough in the sky to be captured as part of an interesting composition. In the example above, shot by Darren Robinson in British Columbia, Canada, the silhouettes of trees in the foreground frame the blood moon nicely. 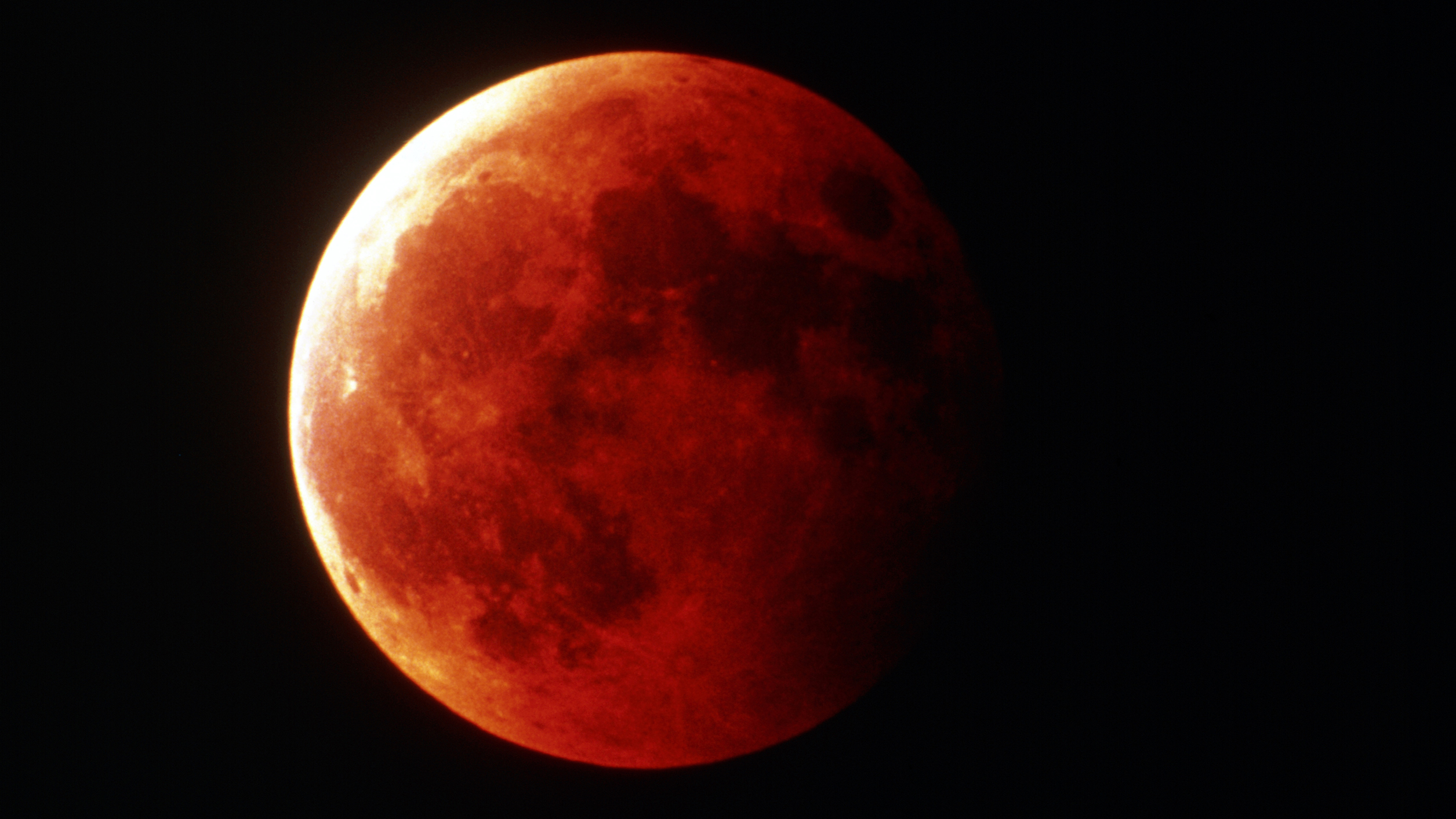 This final Blood moon image – shot by John Sanford in 1996, and part of the Science Photo Library collection – perfectly captures the moment immediately after the totality phase, with the bright highlight at the top left and stark, moody shadow at the bottom right adding a satisfyingly three-dimensional feel to the image.

This kind of stunning close-up shot demands the ideal combination of high-end photographic equipment, finely-honed creative skills and years of professional experience – not to mention the perfect timing and atmospheric conditions.

If you fancy your chances at achieving that ideal balance, you'll find top tips to photograph the blood moon over at Digital Camera World. Good luck, enjoy yourself – but if you want premium quality without the effort, all three of the above examples can be found at Getty Images.

How to Select the Right Copywriting Gig on Fiverr for Marketing Copy SmartPhoto.js – Simple Responsive Image Viewer Designed for Mobile
Scroll to top