Blog
You are here: Home / Blog / Random Stories / Typographic Illustration for ESPN NEXT

Typographic Illustration for ESPN NEXT 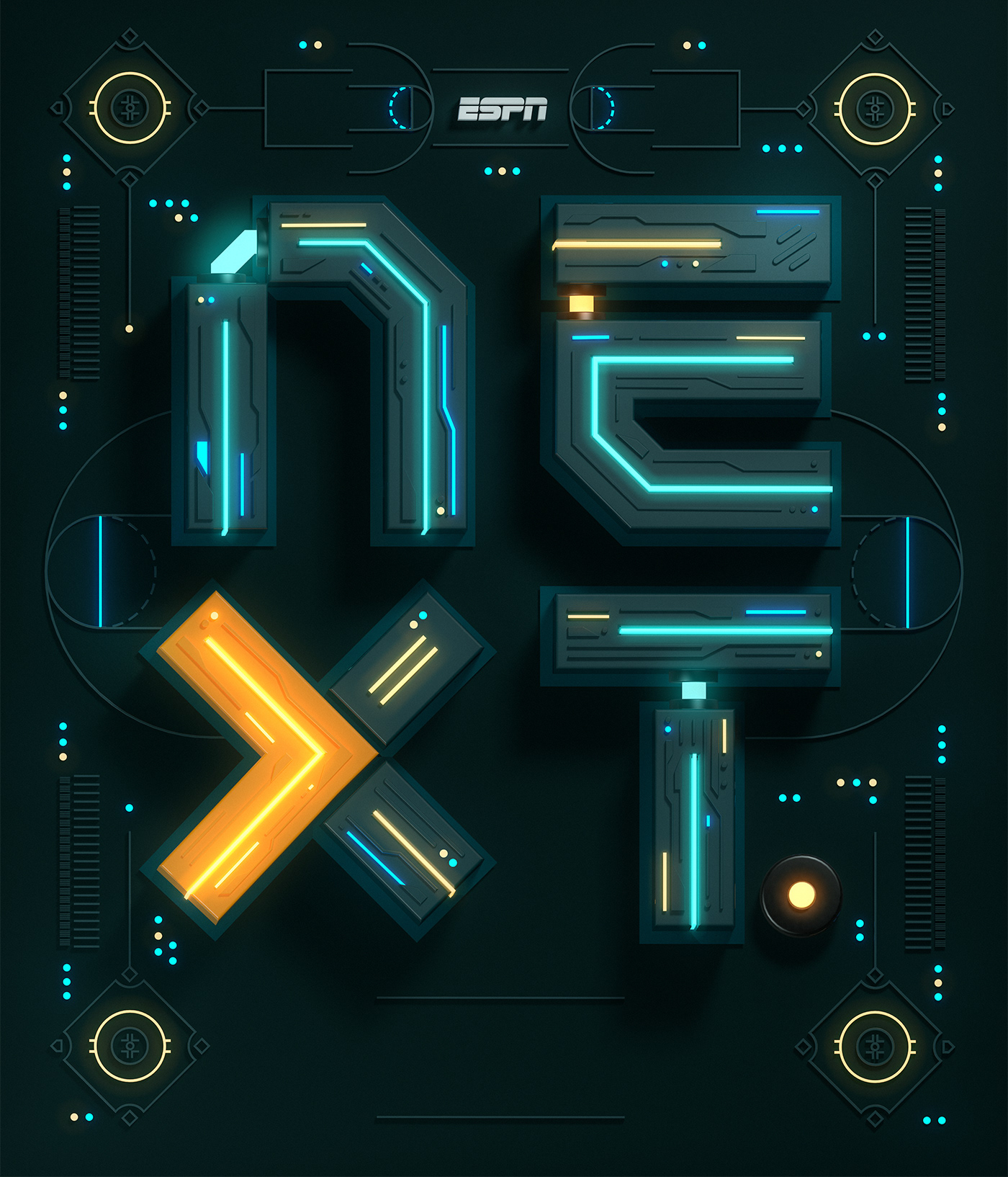 Pablo Olivera recently had the privilege to work with ESPN The Magazine on their NEXT Feature. The project included a typographic Intro Illustration a flat logotype of the Intro type and some custom letters which later turned into a font.

The feature is about up coming and young star athletes, the next stars of their specific sports. The intro piece needed to have a futuristic feel to it so we used 3D type with LED styled lighting inner strips.

The sports featured included Football, Baseball, Hockey and Basketball. I used line illustrations from each of the sports respective playing field/court to surround the type.

The custom font took its styling form the intro type, keeping the inline and geometric angles to tie the feature together nicely. The font is a case alternative font allowing the Inline version or the solid version to be used by lower case or uppercase.

For more information about Pablo Olivera check out:

Sharing Code Between Projects: Lessons Learned In The Trenches Jump start your app career with this bundle
Scroll to top