Blog
You are here: Home / Blog / Random Stories / The best VPN for Mac and Windows in 2018

Struggling to know which is the best VPN service for your needs? We can help: we’ve taken a look at all the major Virtual Private Networks and rated the best VPNs below, to help you choose which is right for you.

The best web hosting services of 2018

And don’t worry: you don’t have to be technical. VPNs are surprisingly simple. Some just take minutes to get up and running…

What is a VPN and why do I need it?

VPN, which stands for virtual private network, is a service that encrypts your internet communications. It enables users to securely access a private network, and send and receive data remotely.

If you’re a freelancer, for example, a VPN lets you remotely connect to an office network as though you were working in the building. It’ll also let you securely send confidential material to a client or do your banking from an unsecured public network, such as a coffee shop Wi-Fi spot, or abroad.

A VPN can also keep your internet browsing anonymous, or make you appear to be located in another country – which can be useful if you work with global clients that have IP-based restrictions on their sites. “I often have to fire up the VPN to make myself appear as if I’m in different EU territories,” says London-based web designer Robert Fenech. “A quick 'turn on and select country', and voila.”

Sometimes it’s not the website protocols themselves that you have to get round, but government censorship. Just imagine you’re visiting Beijing and needed to download some Photoshop files from a service that the ‘Great Firewall of China’ has blocked. A VPN can help you get around that too.

Whatever your reasons for using a VPN, there are a number of services on the market. Here, we’ve picked the very best VPNs for designers, artists and creatives.

The best VPN services and deals in 2018 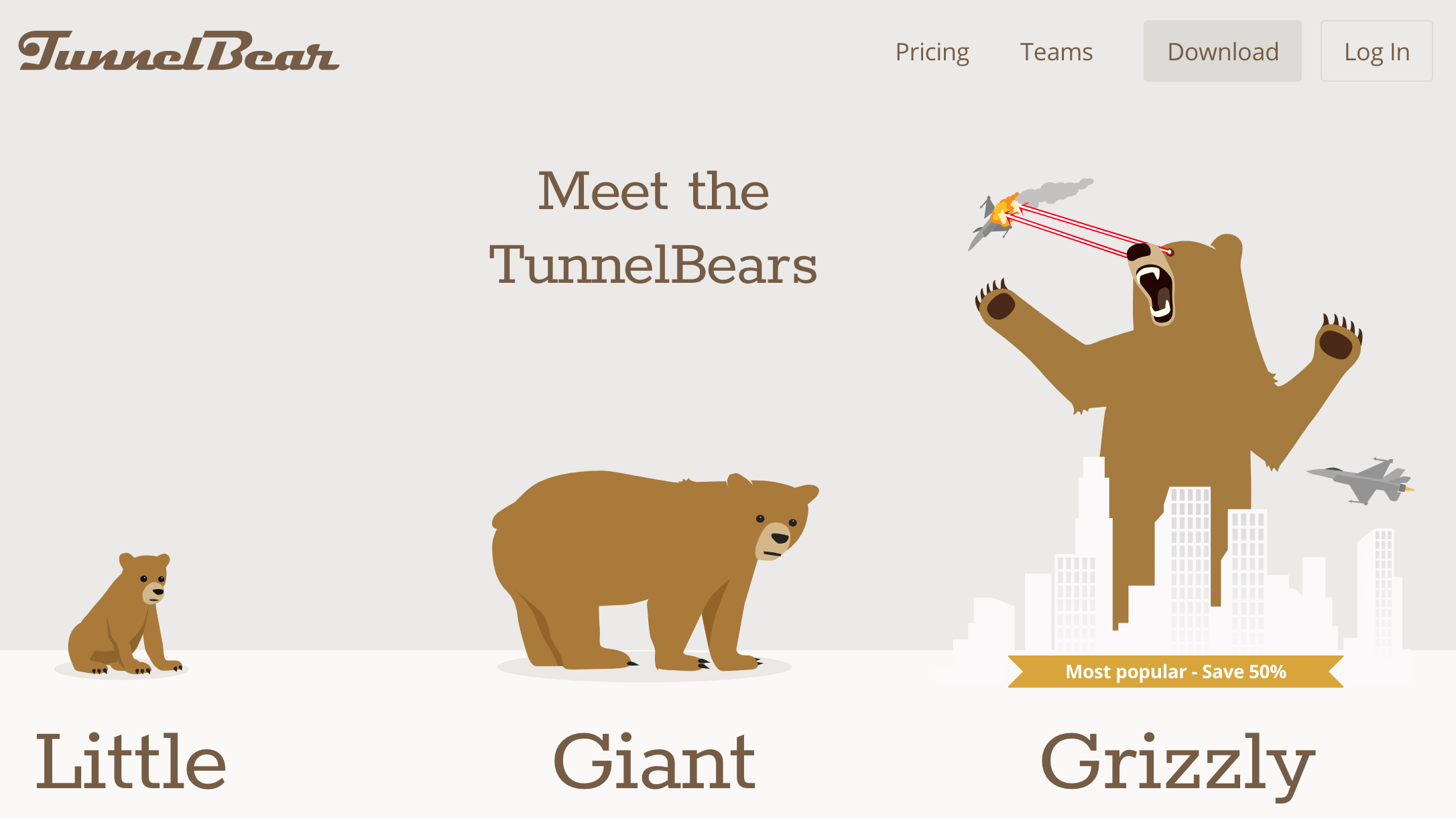 Canadian VPN service TunnelBear is aimed squarely at non-technies and VPN newbies. It’s incredibly easy to use, and gives you a wide range of clients – covering both desktop and mobile devices.  Setting up the TunnelBear VPN takes a matter of minutes, with a hugely simplified process compared to other VPN services. Explanations are jargon-free and written in the kind of plain English everyone can understand.

The flipside of that, of course, is that options are limited compared to other VPNs, so more advanced users looking for high levels of configuration will be better off with a rival service. But that aside, what TunnelBear does, it does very well, with the choice of more than 20 servers around the globe, and pretty impressive speeds overall (although those speeds do drop a little over long-distance connections).

Paid plans give you unlimited data and can be had for a reasonable $4.16 per month. And TunnelBear also offers a free VPN service, which limits you to just 500MB of traffic per month. 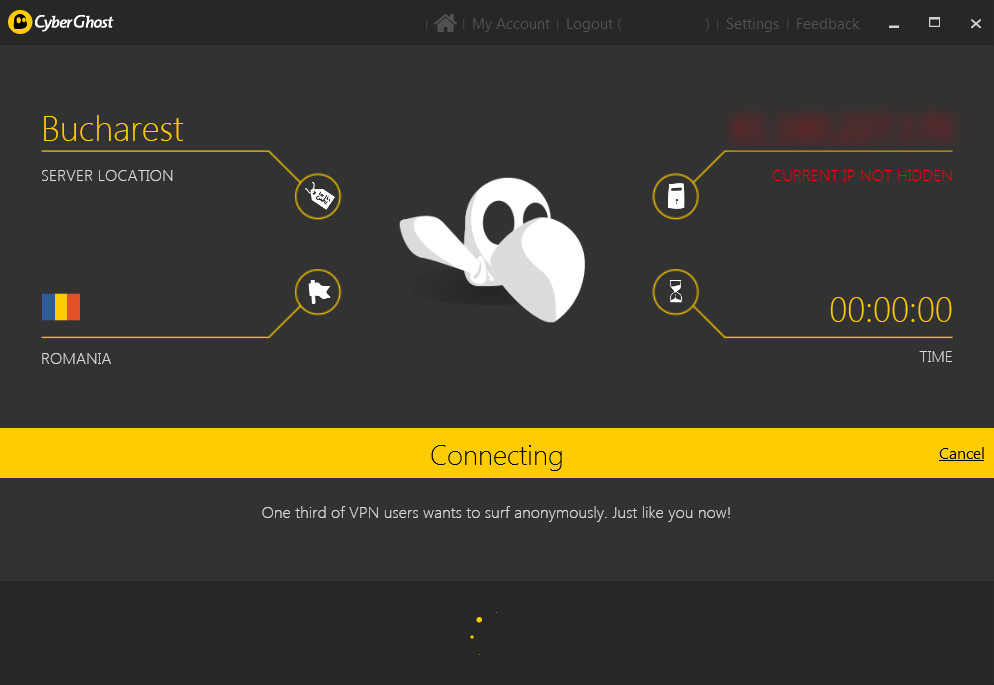 CyberGhost is the best VPN for you if you're looking for a service that's a bit more customisable than TunnelBear (above) – yet feel a little intimidated by jargon and over-complex instructions. It's headquartered in Romania, and has a ton of easy-to-follow guides that explain everything in basic English that anyone can follow.

These are handily divided up by device, so you don’t have to cross-reference all over the place. And they explain everything from how to surf anonymously and how to block ads to more advanced fare, such as how to configure a Raspberry Pi as a web proxy with OpenVPN, or how to share a VPN connection over Ethernet.

And it’s good that these guides exist, because Cyber Ghost does offer a large number of configuration options, such as setting it to automatically run on Windows startup, assigning specific actions for different Wi-Fi networks, and making CyberGhost automatically run when you use certain apps, such as Facebook.

The interface is pretty easy to use too. The main window offers six simple options: Surf Anonymously, Unblock Streaming, Protect Network, Torrent Anonymously, Unblock Basic Websites, and Choose My Server. And you can try the service out before you buy with the free plan – although it has some restrictions: you can only connect one device at a time, it may run slower than the full commercial service, and it displays adverts.

All in all, Cyber Ghost is a great VPN service for anyone who’s not a total newbie and wants to push what their VPN is capable off, but doesn’t want to go wading too deep into the techie weeds.

VYPR VPN is a fast, highly secure service without third parties. If you’re looking for privacy, then a service based in Switzerland – known throughout history for obsessive levels of discretion within its banking system – has to be a good start. But while Vypr is keen to trumpet its service’s ability to provide privacy and security, it’s really the speed of the thing that’s the most impressive.

VYPR VPN is hardly alone in claiming to offer “the world’s most powerful VPN”. However, it backs up this claim on the basis that, unlike many of its rivals, it owns its own hardware and runs its network. Either way, it was pretty nifty when we took it for spin. In short, if your work involves uploading and downloading a lot of hefty files, and shaving time off that is going to make a difference to your quality of life, VYPR VPN is the one of the best VPNs you can choose. 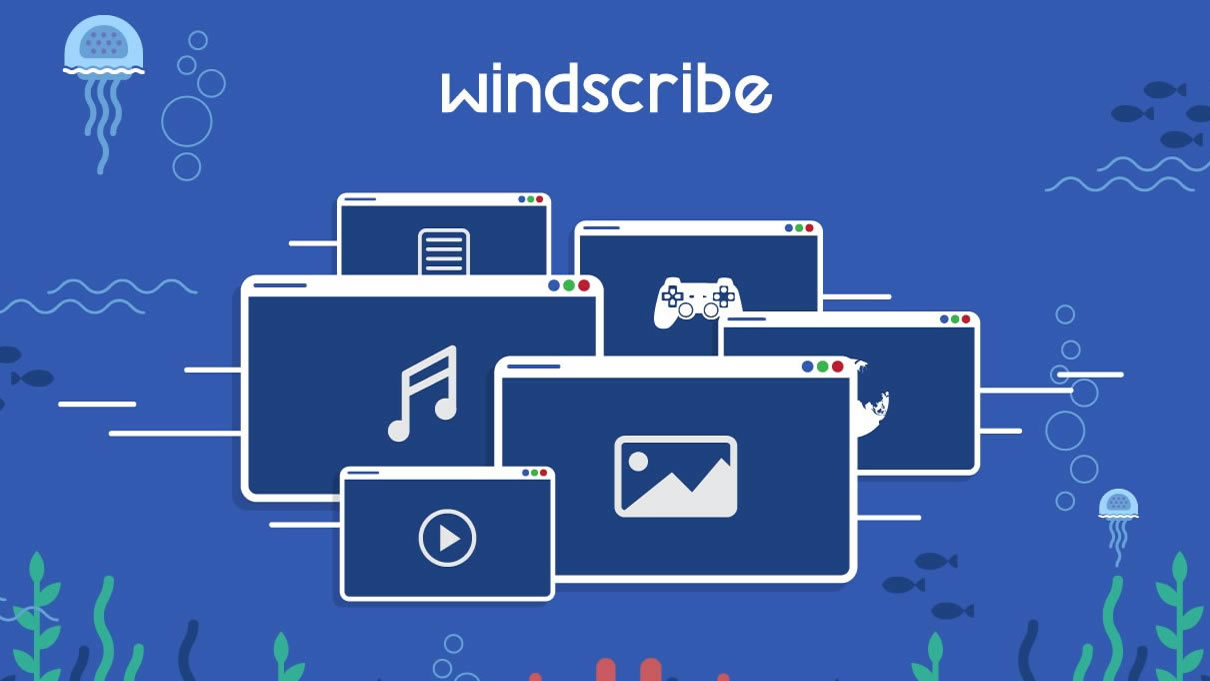 Windscribe offers a decent enough VPN that has one main benefit over rivals: its commercial plan allows for unlimited connections. That means that you can use it on as many devices as you want simultaneously, where most providers only offer five.

Alternatively, you might be attracted by the high-level of privacy it offers. You don’t have to use your real name or provide an email address to sign up to the service. And if you want to stay totally anonymous you can (as with most VPNs) you can pay with Bitcoin. Plus, being based in Canada, it’s nicely out of reach of US law enforcement agents.

If neither of those things are a big selling point, though, then it probably shouldn’t be your first choice, as performance and features as a whole are fairly average. Prices start at $3.70 a month for a biannual plan.

HotSpot Shield is another fast mover. When we took it for a spin, we experienced very fast upload and download speeds when transferring big image files, and while these weren’t quite up to Vypr’s levels, they were pretty darned close.

This may not be the best choice if privacy is your biggest priority, though. HotSpot Shield is based in California, making it subject to U.S law enforcement. It doesn’t let you pay for the service with Bitcoin. And it uses its own proprietary VPN protocol, which some people are suspicious of because it hasn’t been widely analysed externally.

That said, Hotspot Shield Premium's high speeds and low prices have clear appeal, and the seven-day trial makes it easy to test the service for yourself. As you'd expect, the best value for money is the one-year subscription, unless you want to commit to the lifetime plan. 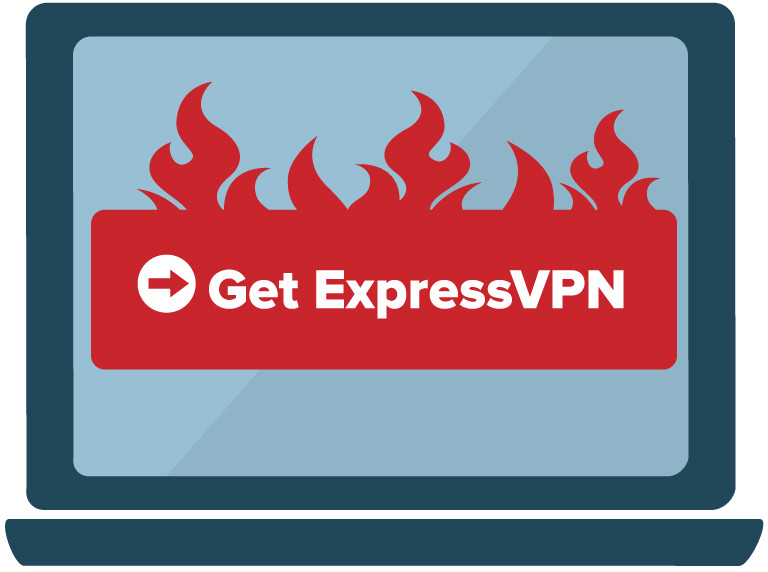 ExpressVPN has a hard-won reputation for excellent customer service

ExpressVPN is based in the British Virgin Islands, which may ring alarm bells for privacy enthusiasts. But there’s no need to worry: this self-governing tax haven is in no way interfered with by British law enforcement. As you’d hope from the name, it’s also a super-fast VPN service and offers high levels of encryption. On the downside, it only offers three simultaneous connections per user, where most services offer five.

But what really stands out for ExpressVPN is its customer support. Although it’s not alone in offering live chat, 365 days a year, 24 hours a day, its agents have a great reputation for sorting problems quickly, efficiently and with a smile in their voice. And while that’s not often our main consideration when selecting a provider of any service, perhaps it should be.